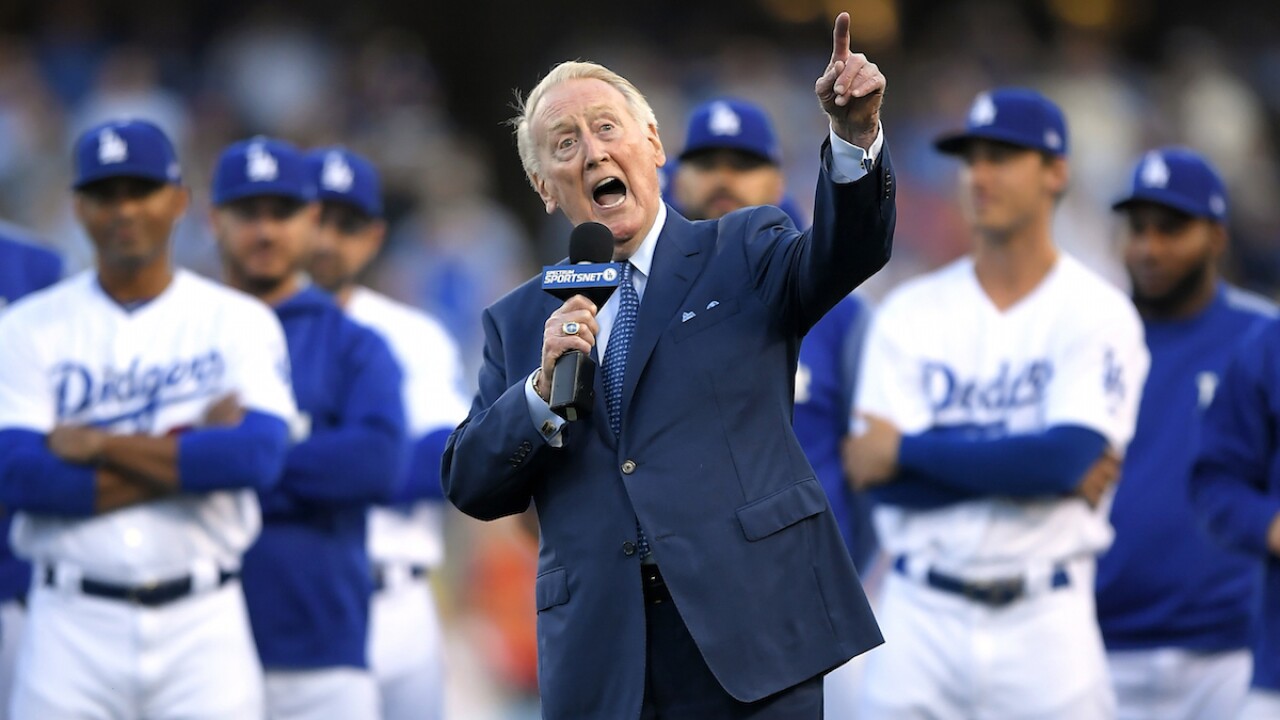 Copyright 2017 The Associated Press. All rights reserved.
Mark J. Terrill/AP
FILE - In this May 3, 2017, file photo, Los Angeles Dodgers broadcaster Vin Scully speaks during his induction into the team's Ring of Honor prior to a baseball game between the Dodgers and the San Francisco Giants in Los Angeles. Scully took a fall in his home Tuesday, April 21, 2020, and was taken to the hospital, where he was “resting comfortably,” the Dodgers announced Thursday, April 23. “I won’t be doing anymore headfirst sliding, I never liked it,” the Hall of Fame broadcaster said in the team’s statement posted on Twitter. Scully, 92, called Dodgers games for 67 seasons, spanning 13 National League pennants, six World Series championships, and a move across the country. He began in 1950 when the team was in Brooklyn. He retired at the end of the 2016 season after 59 years in Los Angeles. He received the Ford C. Frick Award from the Baseball Hall of Fame in 1982 and the Presidential Medal of Freedom in 2016. (AP Photo/Mark J. Terrill, File) 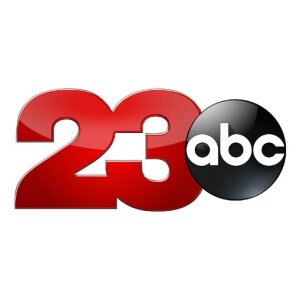 Los Angeles, CA. - Vin Scully retired a few years ago, but you'll be able to hear his iconic voice once again.

After the Dodgers won their first World Series title since 1988 this year, it was announced that Vin Scullu is coming out of retirement to lend his voice to a documentary about the historic win.

It will be available to buy or download in December.

As you may know, Scully was the announcer for the Dodgers for more than 67 season.