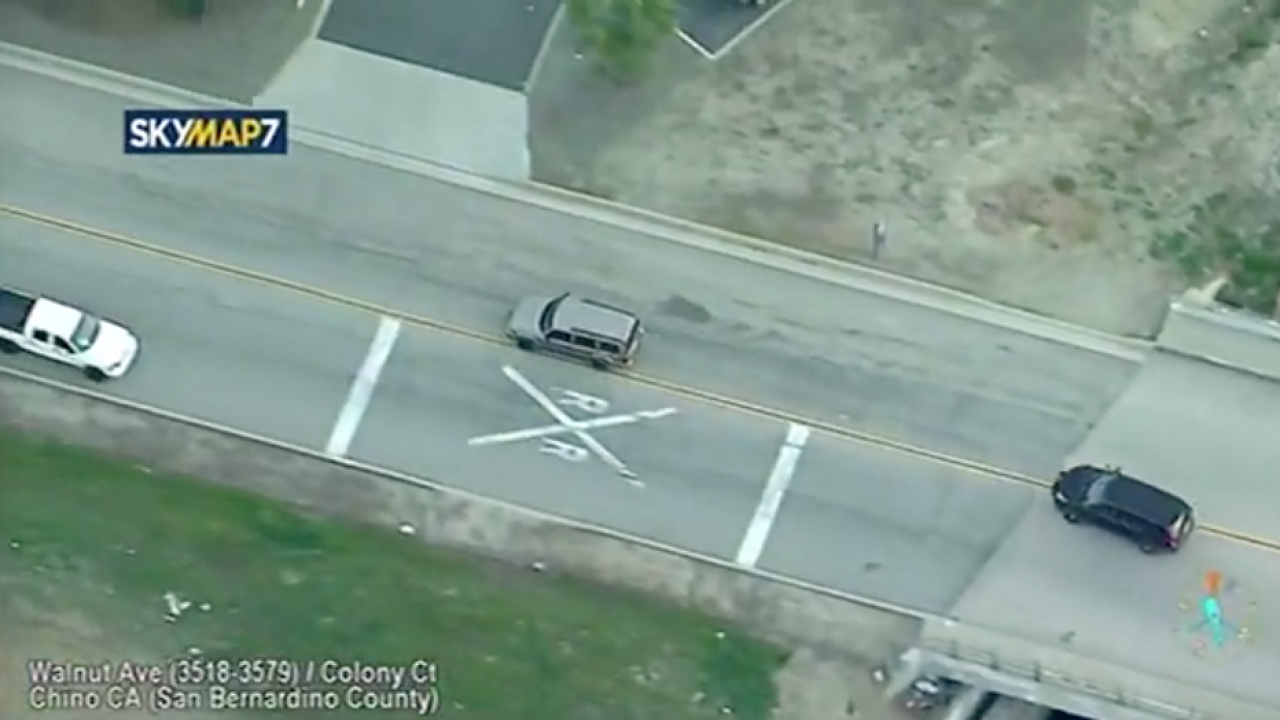 ONTARIO, Calif. (KABC) - — A possibly armed suspect lead authorities on a chase in the Inland Empire on Friday.

The suspect is wanted for assault with a deadly weapon on an officer. Officials said he should be considered "armed and dangerous."

The pursuit, involving a Jeep Commander, was in the Rancho Cucamonga area on the 15 Freeway before getting off on 4th Street near the Ontario Mills mall in Ontario.

After circling around surface streets, the suspect then got onto the eastbound 60 Freeway.

The driver got onto surface streets in the Chino area, at times driving on the shoulder and wrong side of the road.

Not long after, a person's hand was seen outside of the front passenger's window, leading authorities to believe at least two people are inside the Jeep.

The suspect made his way back onto the eastbound 60 Freeway, traveling at speeds of about 80 mph, with patrol units close behind.

The chase continued onto the Diamond Bar area in the wide-open 60 Freeway, where the suspect began going westbound. As the suspect dropped speeds to about 40 to 50 mph, he made his way onto the southbound 57 Freeway, heading toward Orange County.

The California Highway Patrol became the primary agency following the suspect, who passed through the Brea, Fullerton and Placentia areas while still traveling through wide-open lanes.

DEVELOPING: We will add more details to this report as they become available.

This story is courtesy of our sister station, KABC in Los Angeles.