With a quarter of the federal government employee workforce beginning 2019 out of work or working without a paycheck, agencies from the National Park Service to the Environmental Protection Agency and the Smithsonian museums are starting to feel the pinch.

Joshua Tree, more than 792,000 acres of national park nestled between Palm Springs to the south and town of Joshua Tree to the north, will remain open during the shutdown but its popular campgrounds will close at noon Wednesday, according to the National Park Service. 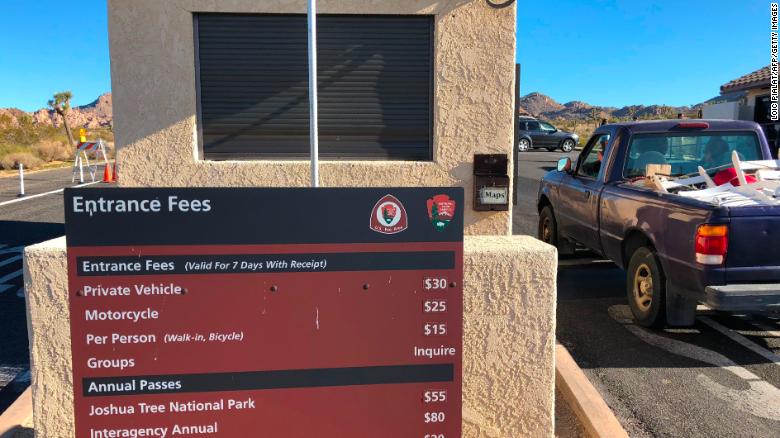 "The park is being forced to take this action for health and safety concerns as vault toilets reach capacity," the park service said. "In addition to human waste in public areas, driving off road and other infractions that damage the resource are becoming a problem."

Additionally, the National Park Service said the shutdown prevented it from having staff available to "provide guidance, assistance, maintenance, or emergency response."

"Any entry onto NPS property during this period of federal government shutdown is at the visitor's sole risk." the park service said this week, adding that trash will not be collected nor roads and walkways maintained.

Rattlesnake Canyon will be closed to reduce the number of search and rescue events for rangers already spread thin because of the shutdown, the park service said.

Kristen Brengel, vice president of government affairs for the National Parks Conservation Association, said the shutdown not only hurts the parks but also surrounding communities that rely on an estimated $18 million tourism dollars a day from visitors.

"It's really a big deal for Joshua Tree," she said of the campground closings. "This is a very popular season for people that come there."

Brengel said staff shortages had created an sense of "lawlessness" in the national parks.

"People are bringing in dogs and drones and there are instances where people aren't following the rules and it is not good for the wildlife and the environment," she said.

Key parts of the federal government have been impacted by the December 22 shutdown, including the Homeland Security, Justice, Interior, State and Housing and Urban Development departments.

Take an In-Depth Look at the Stories Affecting Kern County