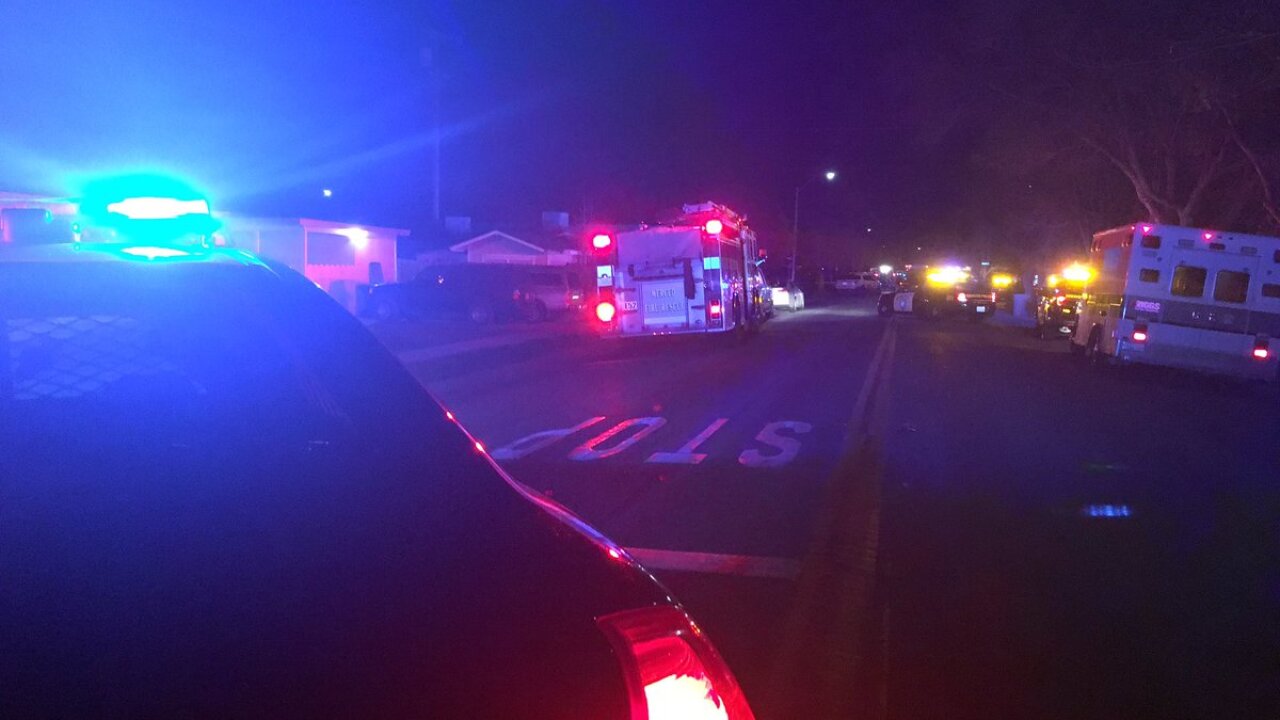 This picture, from our ABC affiliate in Fresno, shows the neighborhood in Merced where residents say a Dos Palos police officer was shot and killed by law enforcement following a slow-speed pursuit.

MERCED (ABC30) -- An investigation is underway into a chase and standoff in a Merced neighborhood that turned deadly.

Neighbors tell Action News the suspect was a Dos Palos police officer and was shot and killed by law enforcement.

It all started as a slow speed chase reportedly along Highway 140 at about 8 p.m. Wednesday.

Merced Police confirm the chase started with Merced County Sheriff's Deputies and then police got involved.

It ended in a quiet neighborhood near Lopes Avenue and Sydney Court.

Witnesses say that's when the suspect drove into his own garage.

Merced Police and Sheriff's deputies along with a SWAT team surrounded the home and several rounds of gunfire could be heard.

The neighborhood remains blocked off as investigators try to piece together the officer-involved shooting.