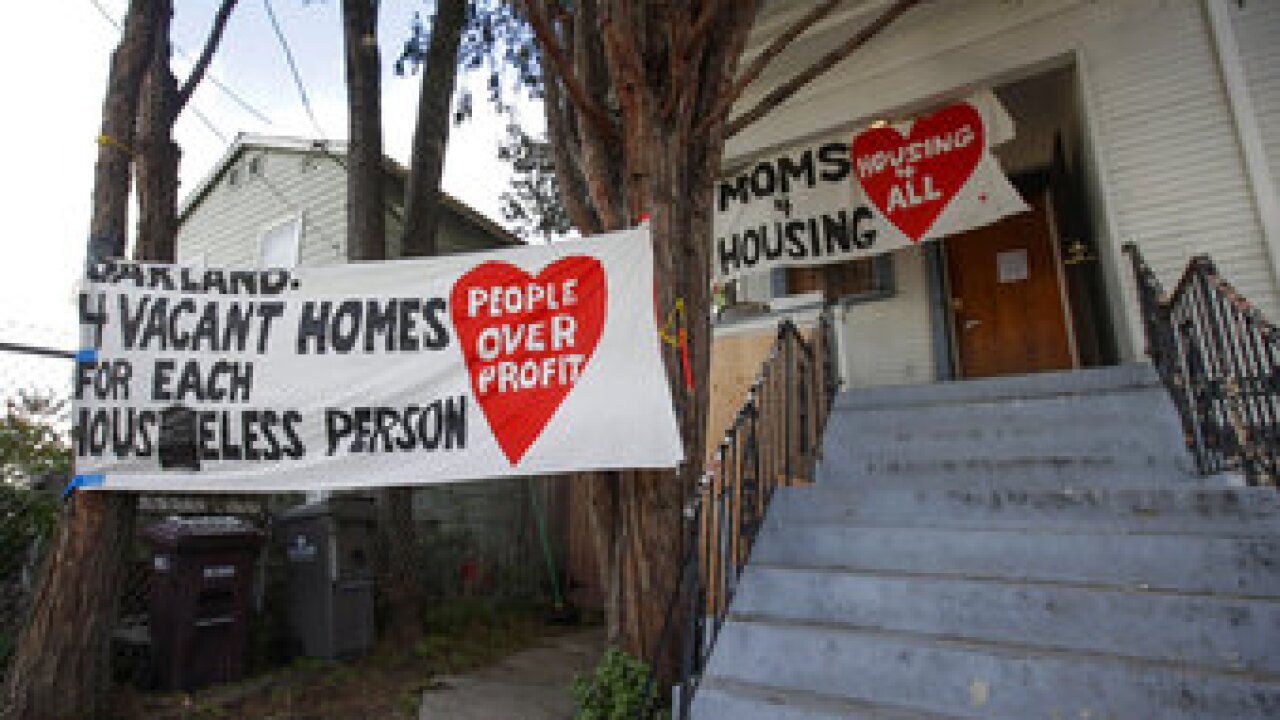 Jeff Chiu/AP
FILE - In this Jan. 14, 2020, file photo, signs are posted outside of a house that was occupied by the group Moms 4 Housing in Oakland, Calif. Homeless moms evicted from a San Francisco Bay Area house they occupied illegally earlier this year now own the home and plan to turn it into housing for other people experiencing homelessness. Moms 4 Housing said Friday, Oct. 9, 2020, they have signed the deed to the dilapidated West Oakland home, which now belongs to the Oakland Community Land Trust. (AP Photo/Jeff Chiu, File)

SAN FRANCISCO, Calif. — Homeless moms who were evicted earlier this year from a vacant San Francisco Bay Area house say a land trust has purchased the property and will turn it into transitional housing for homeless people.

Moms 4 Housing announced Friday that the three-bedroom home in West Oakland was purchased by the Oakland Community Land Trust from a real estate investment company.

The house requires extensive renovation and was purchased for $587,500. The group caused a national sensation when the moms and their children moved into the empty house in November, partly to protest the methods of real estate speculators. They were evicted in January.