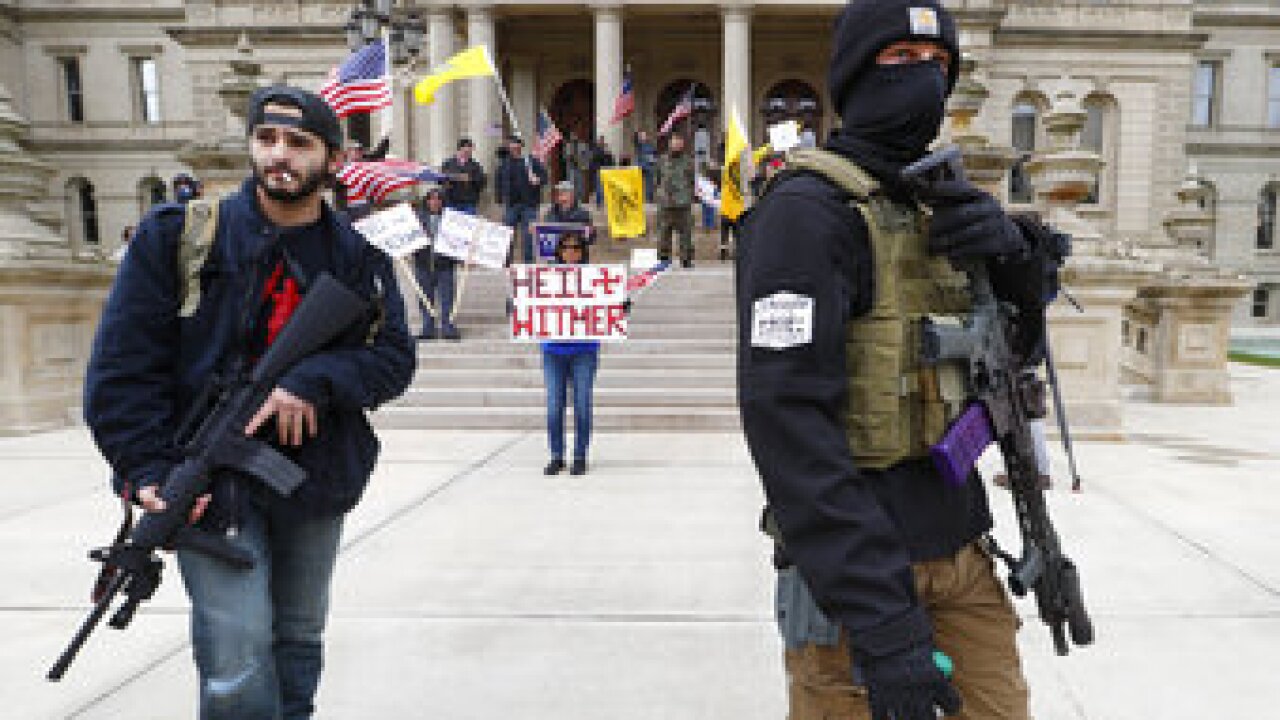 Paul Sancya/AP
FILE - In this April 15, 2020 file photo, protesters carry rifles near the steps of the Michigan State Capitol building in Lansing, Mich. A plot to kidnap Michigan’s governor has put a focus on the security of governors who have faced protests and threats over their handling of the coronavirus pandemic. The threats have come from people who oppose business closures and restrictions on social gatherings. (AP Photo/Paul Sancya File)

MICHIGAN — The alleged plot to kidnap Michigan's governor has put a focus on the security of top state officials, who have been the subject of threats and protests across the country this year.

In several states, protesters have been armed. Some officials say President Donald Trump needs to turn down his rhetoric against officials, including Michigan's Gretchen Whitmer.

Vermont's Republican Governor Phil Scott says: “We are reaching a boiling point in this country.” State officials are mostly declining to say how they are increasing security, but a new fence is going up around the Executive Mansion in Kentucky.