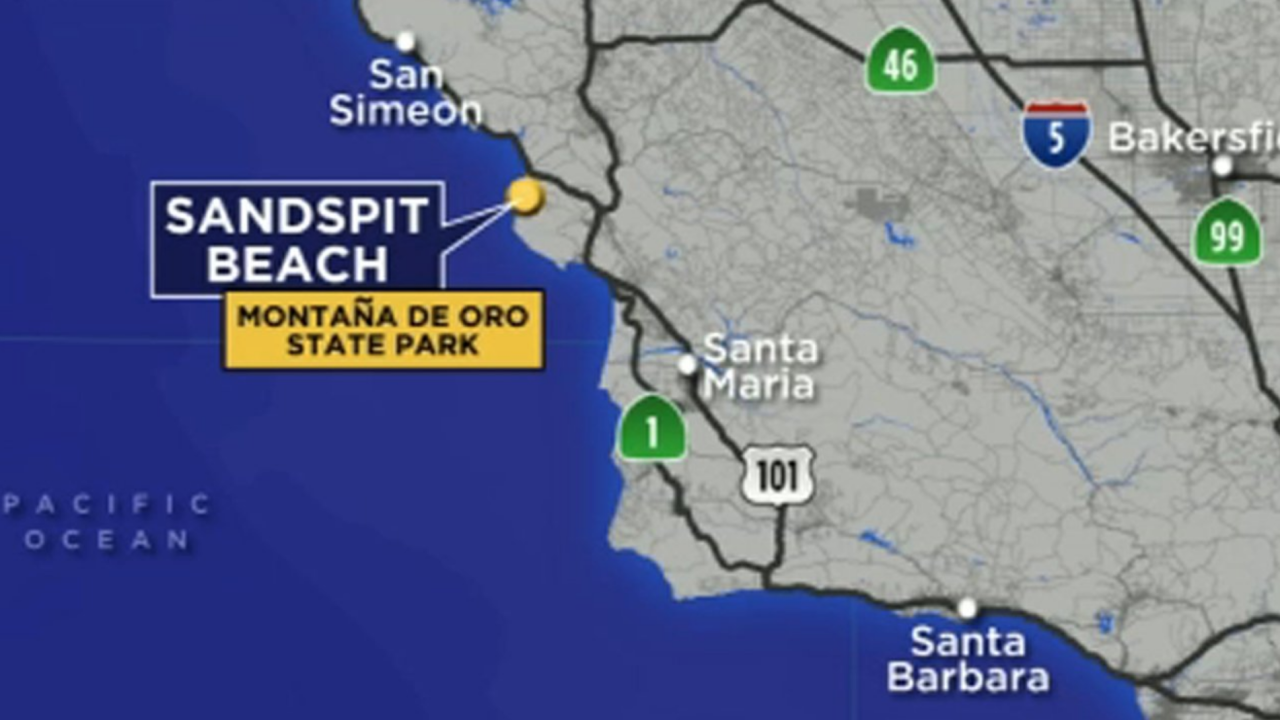 Nick Wapner, a 19-year-old from Rancho Palos Verdes, was surfing at Sandspit Beach in Montana de Oro State Park when he was bitten Tuesday morning.

Park Ranger Supervisor Robert Colligan said Wapner reported being attacked by a 15-foot great white shark that clamped down on his right ankle and then up to his left thigh.

Wapner told the Tribune of San Luis Obispo that the shark came up from beneath him as he paddled into position for an incoming wave.

"It all happened quickly, but I turned and saw that it had one of my legs in its mouth," Wapner said. "The thing was huge."

He said the shark thrashed and bit down on his legs for about a second before he was able to kick hard and wrangle free. The shark turned and swam away.

Wapner said he paddled to his friends, who then drove him to a nearby hospital. The teen received over 50 stitches, and teeth marks could be seen on his surfboard.

Wapner said he's happy to be alive. He believes the shark was biting out of curiosity and realized the object in its mouth wasn't the taste it was looking for.

Warnings about the shark have been posted at beaches in the area.