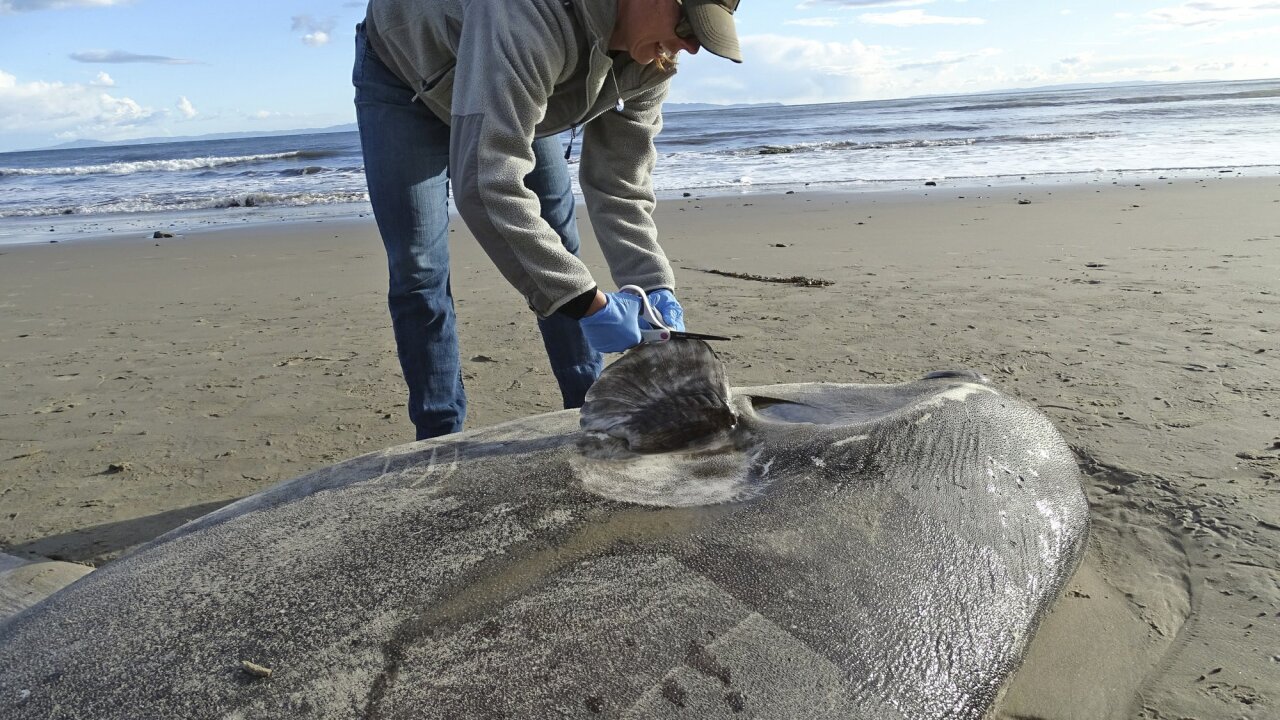 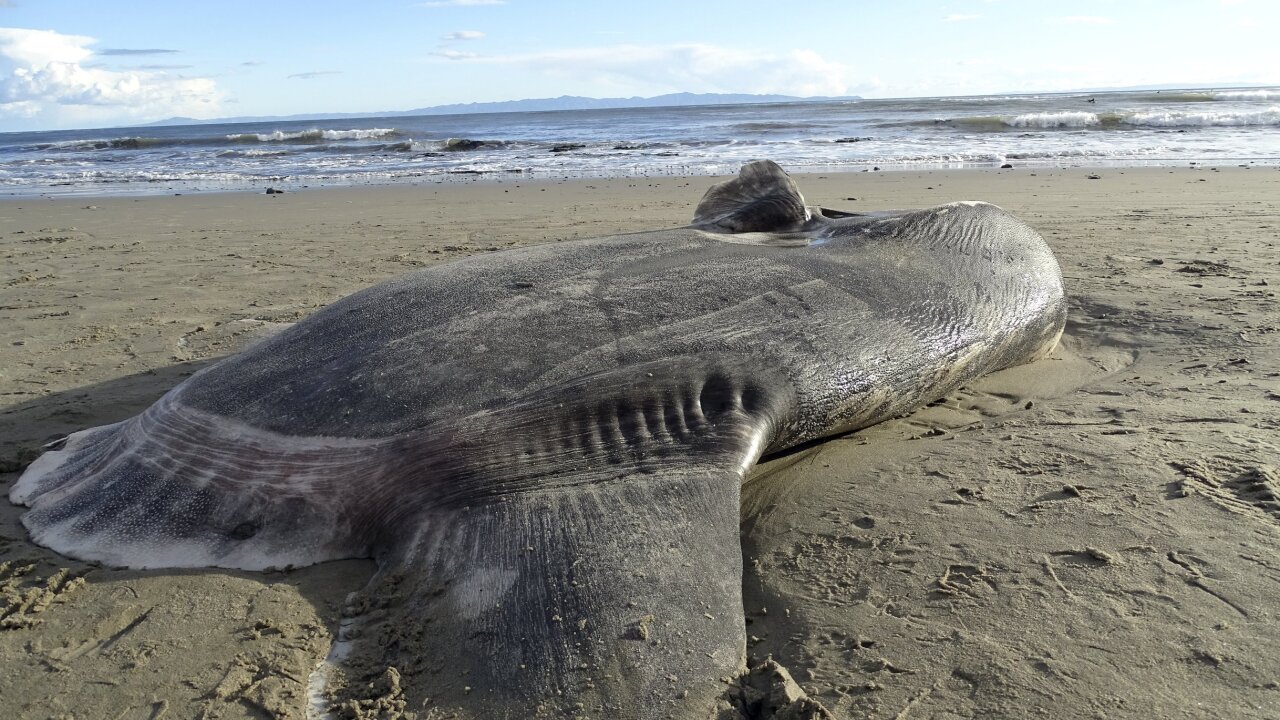 SANTA BARBARA, Calif. (AP) — A 7-foot (215-centimeter) sea creature that washed ashore in Southern California has been identified as a hoodwinker sunfish, a recently identified rare species thought to live in the Southern Hemisphere.

The intern alerted Jessica Nielsen, a conservation specialist at Coal Oil Point who initially thought it was a type of local sunfish and posted photos to the reserve’s Facebook page.

That drew the attention of Thomas Turner, an associate professor in UCSB’s ecology, evolution and marine biology department who examined the fish and posted photos to the iNaturalist online community.

That caught the eye of Marianne Nyegaard of Murdoch University in Australia, who identified the species in 2017 and formally named it Mola tecta but gave it the hoodwinker moniker because it had somehow escaped scientific recognition.

Nyegaard told UCSB in an email that she discussed the images with ichthyologist Ralph Foster of the South Australian Museum but was reluctant to identify the fish as a hoodwinker because the photos didn’t clearly show distinctive features and because it had turned up so far out of its known range.

Nyegaard sent specific instructions to California about what to photograph and tissue samples that should be taken.

Turner and Nielsen were glad to help, but first they had to find the fish, which had been moved by the tide, according to UCSB.

They walked from opposite ends of the beach and found it several hundred yards from its original position.

Nyegaard said she ended up with a large number of extremely clear photos “and there was just no doubt of the ID.”

Sunfish are odd-looking, flat and somewhat oval with fins that resemble little wings.