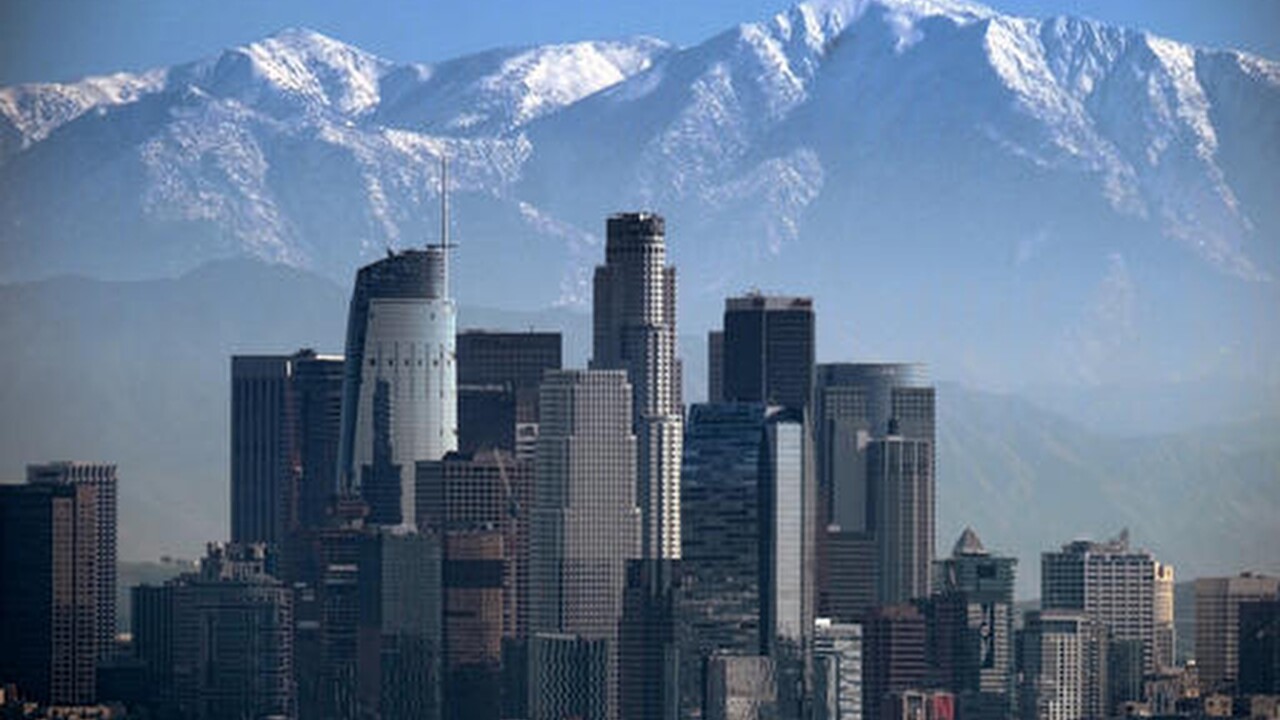 Richard Vogel/AP
FILE - This Jan. 25, 2017 file photo shows a snow covered Mount Baldy, the highest peak among the San Gabriel Mountains behind downtown Los Angeles. Searchers have found the body of a veteran hiker who vanished while climbing the 10,000-foot (3,000-meter) mountain just northeast of Los Angeles. Seuk "Sam" Kim, had hiked to the top of Mount Baldy in the San Gabriel Mountains more than 700 times before he went missing last week. (AP Photo/Richard Vogel, File)

(AP) — Hikers have found the remains of a missing 52-year-old man on Mount Baldy in Southern California.

Sreenivas Mokkapati became separated from his group while hiking last December. The peak was blanketed in snow and overnight temperatures hovered near freezing the week he went missing.

The remains were discovered June 19th at an elevation of about 7,800 feet on Baldy’s northwest side. The medical examiner positively identified the remains to be Mokkapati.

Rescue crews scoured the mountain for days in December but the effort was suspended after a searcher fell to his death.