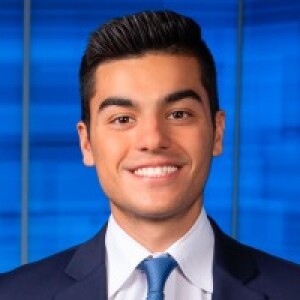 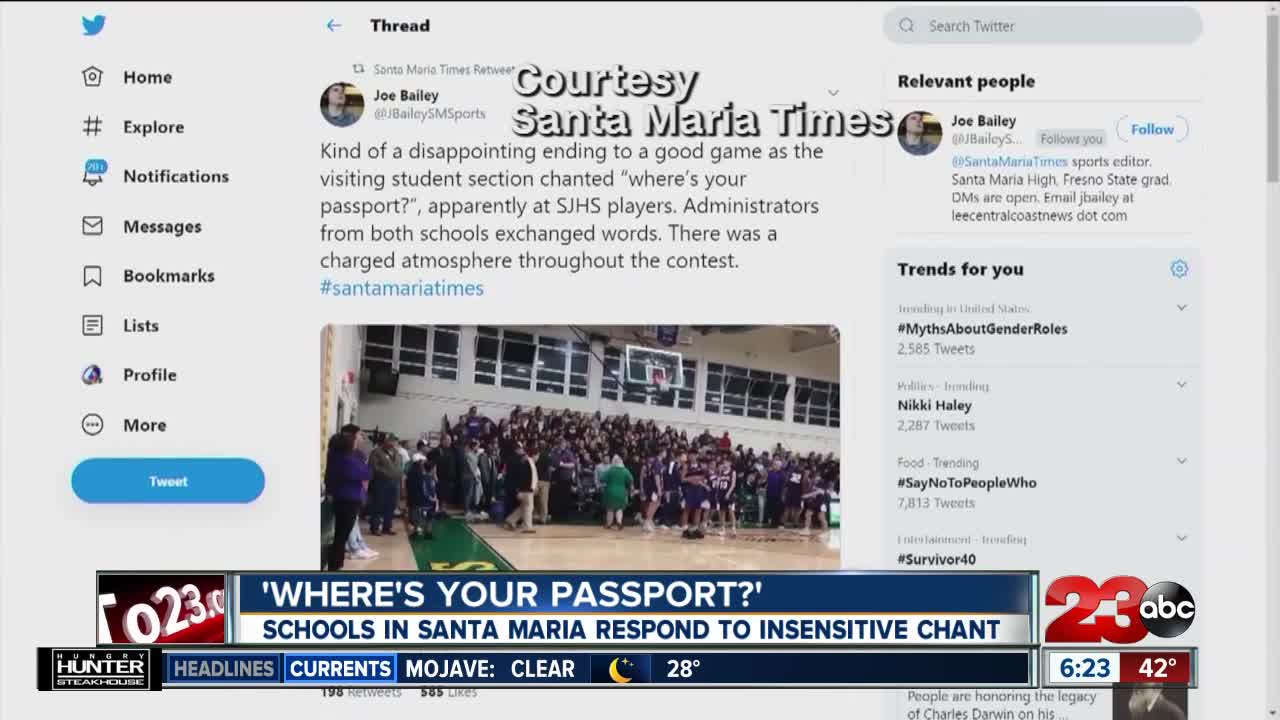 On the central coast school administrators are responding to claims that chants made during a recent high school basketball game were racially insensitive.

On the central coast school administrators are responding to claims that chants made during a recent high school basketball game were racially insensitive.

"Where's your passport" chants: the words believed to be aimed at the cross street rival's basketball team, which has three players from Puerto Rico and a player from France according to the Santa Maria Times.

The chants sparked quite the scene as Saint Joseph's Principal Erinn Dougherty stormed across the court to confront the Righetti students. A woman then tries to calm Dougherty down, when Righetti's Assistant Principal Ted Lyon got involved in the exchange and traded words.

Righetti students Damian Perez and Gabriel Borunda were at the game. They say while chants between the rival teams are common, but Tuesday night's words went too far.

"It's pretty common, you know. We chant, they chant. Usually, it goes well but last night it was just crazy," said Perez.

"Honestly, I didn't like the way the chants were said. We could have not have said that," added Borunda.

In response to what transpired after the game, Public Information Officer Kenny Klein with the Santa Maria Joint Unified School District said in a statement representing Righetti: "We are aware of the unacceptable comments exchanged from both sides of the basketball court during the heated rivalry between St. Joseph and Righetti High School Tuesday night. The incident is being addressed by SMJUHSD and RHS school officials. We have no further comment at this time."

Saint Joseph High School responded with their statement on the incident: "We are disappointed about the way the boys' basketball game against Righetti High School ended on Tuesday night. We do not tolerate any type of inappropriate statements made at any student especially if they could be interpreted as disrespectful. We hope that this can be a lesson in sportsmanship and mutual respect for students from both schools."