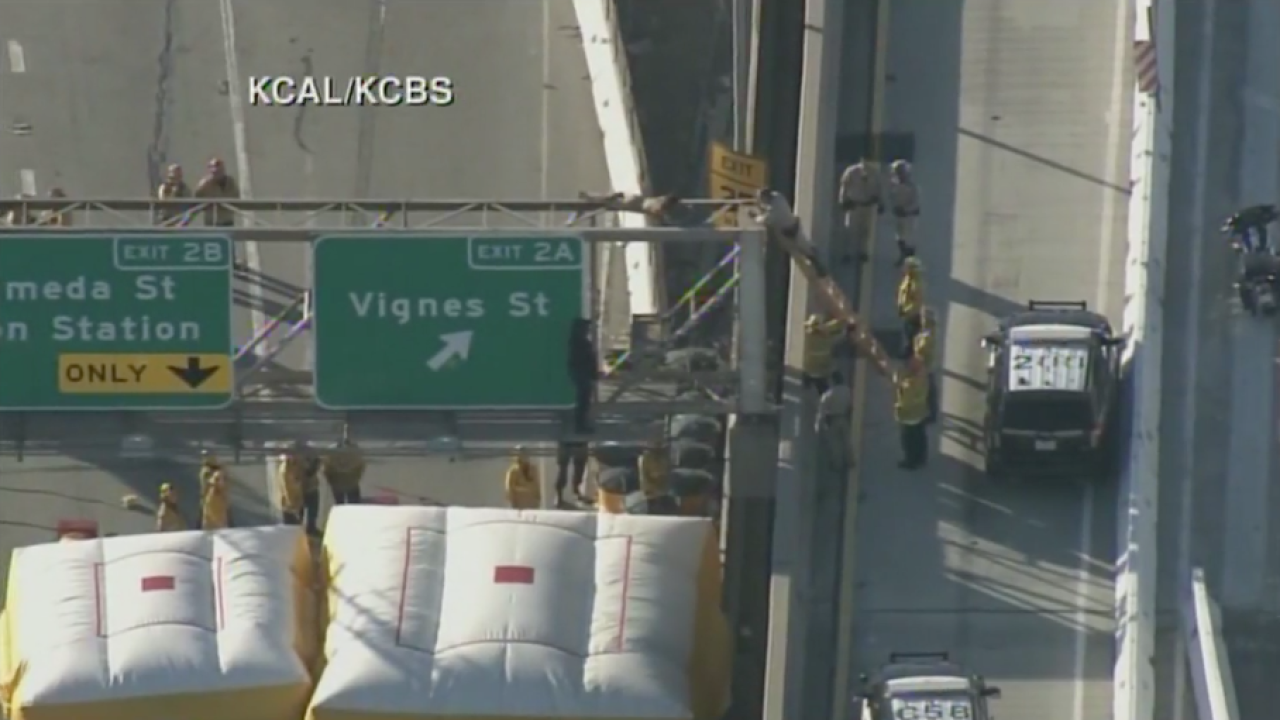 LINCOLN HEIGHTS, LOS ANGELES (KABC) -- — The southbound 101 Freeway is shut down in the Lincoln Heights area due to a person on the catwalk of a freeway sign.

The closure, which initially impacted both directions of the freeway, is near the Mission Road overpass, according to Los Angeles Fire Department firefighters. One lane of the northbound side remains closed.

Rows of vehicles were seen completely stopped in the middle of the freeway, some with drivers outside of their cars.

The shirtless man appeared distressed as he moved around the freeway sign, while large inflatable cushions were placed underneath.