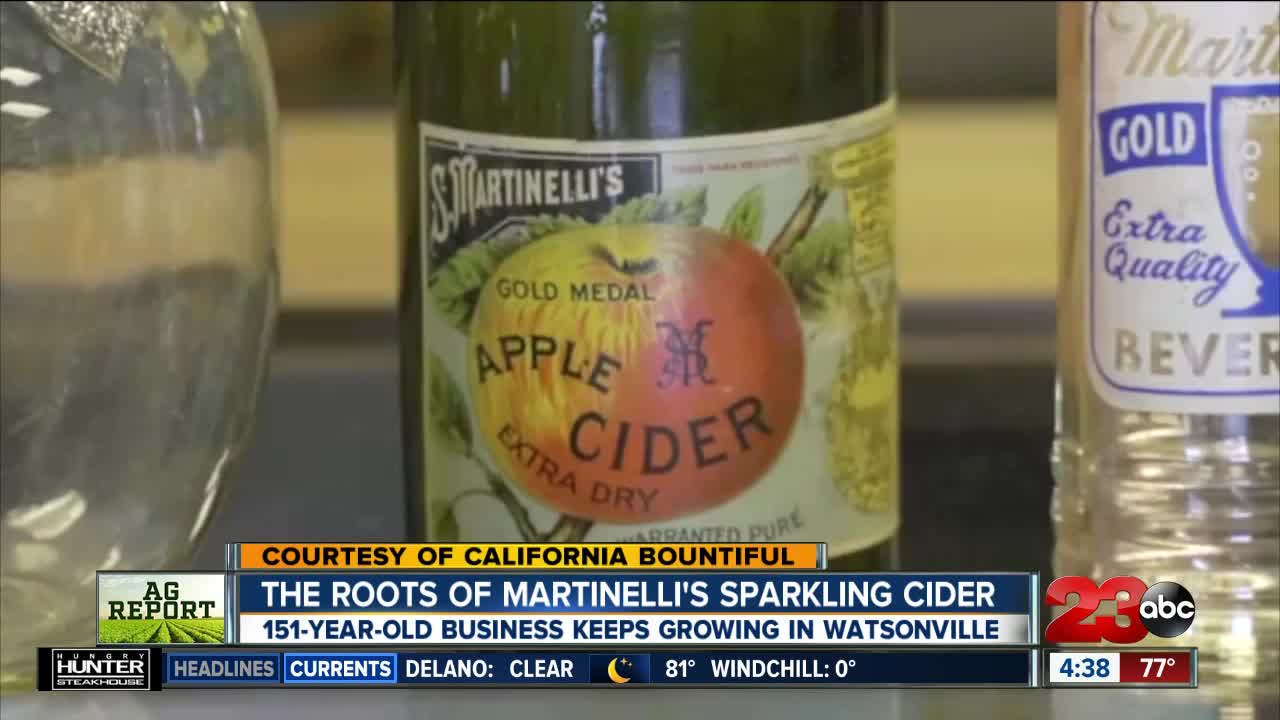 WATSONVILLE, Calif. — Martinelli's Sparkling Cider dates back to 1868 when Stephen G. Martinelli started making hard apple cider in his brother's barn using apples from California's first commercial orchards. The Central Coast business continued to ride a high of popularity until prohibition when the fresh apple market dried up for most farmers in the area.

But today it's Stephen's great-grandson, John Martinelli, who keeps the juices flowing in Watsonville. The family continues to pay homage to their past with a display of historic bottles and labels.

"Grandfather developed the apple-shaped bottle, and that became our signature item because it shows the consumer this is what it is. It's 100 percent apple juice from U.S. grown apples and there are no additives of any kind."

The 151-year-old business continues to thrive thanks in part to growers in the nearby Pajaro Valley.