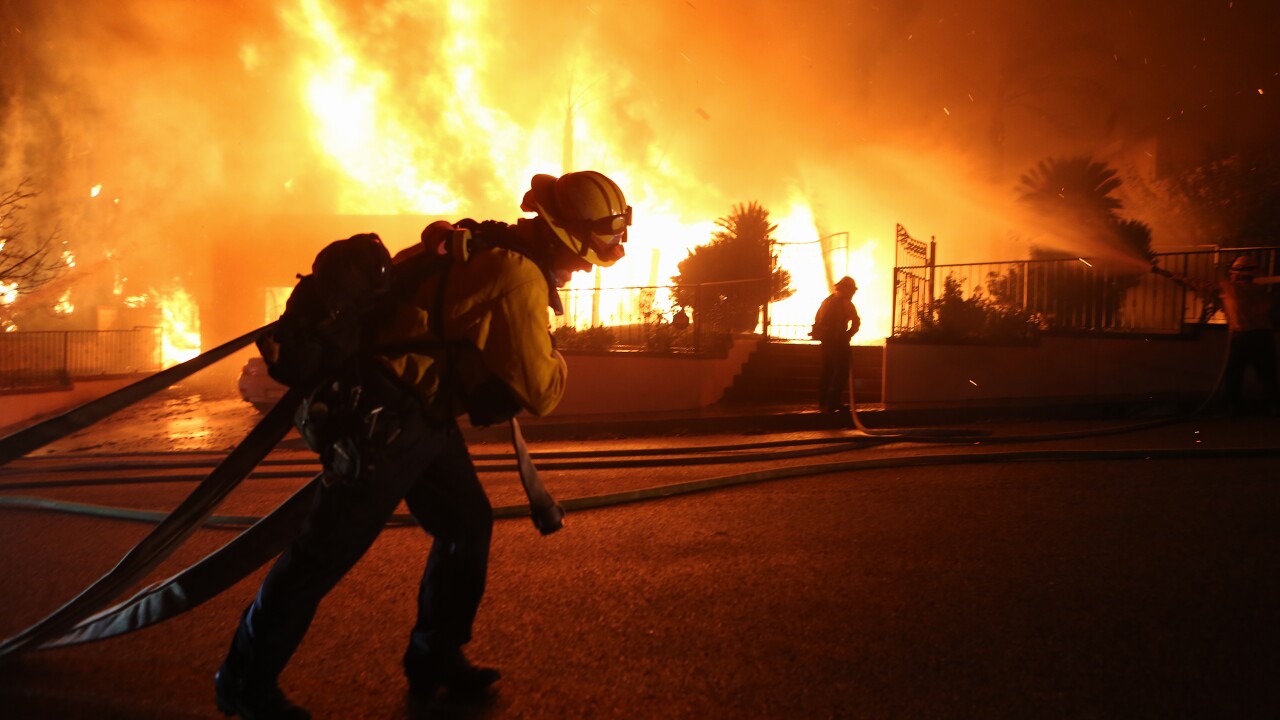 Mario Tama/Getty Images
PORTER RANCH, CALIFORNIA - OCTOBER 11: Firefighters work at a house fire in the early morning hours during the Saddleridge Fire on October 11, 2019 in Porter Ranch, California. The fast-moving wind-driven fire has burned more than 4,000 acres and at least 23,000 homes are under mandatory evacuation orders. (Photo by Mario Tama/Getty Images) 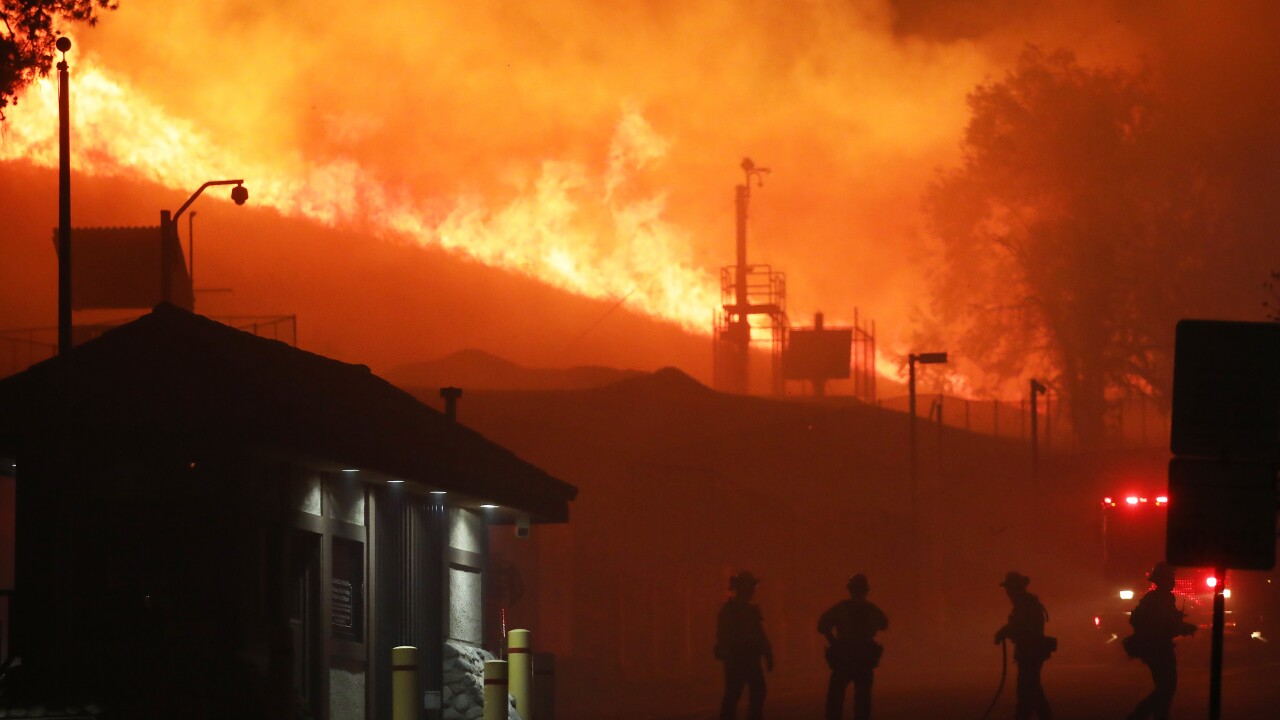 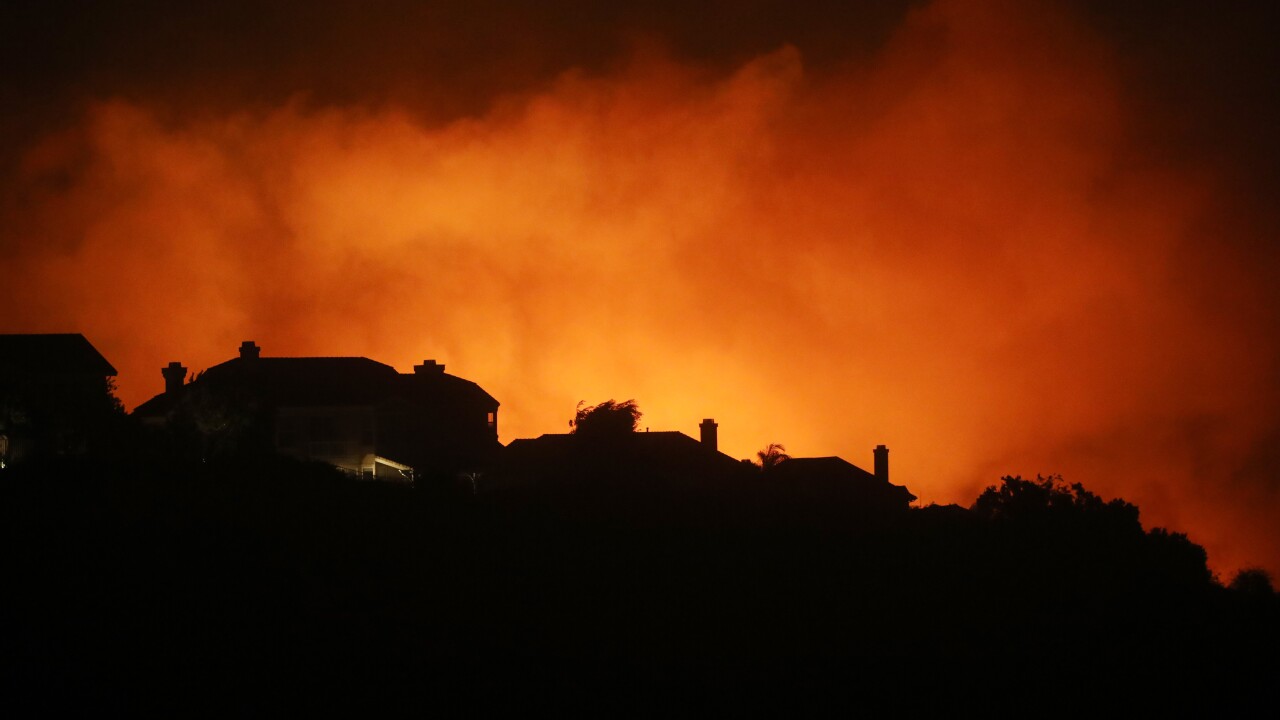 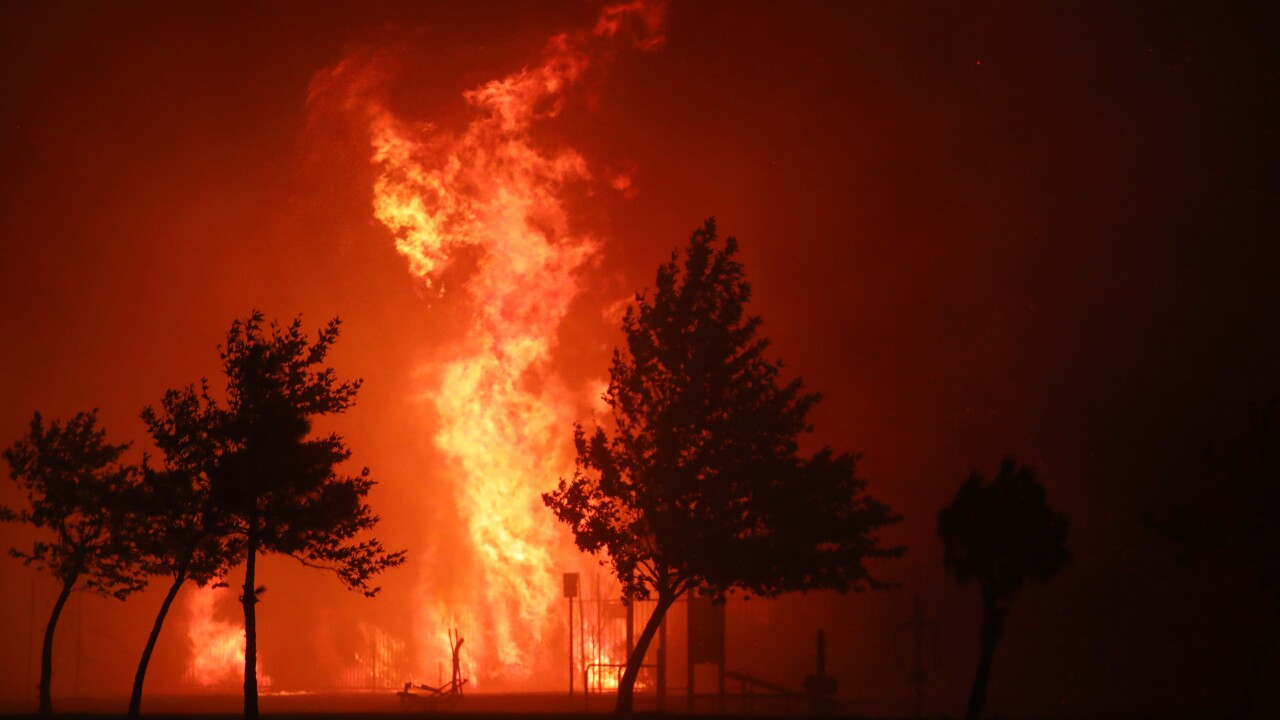 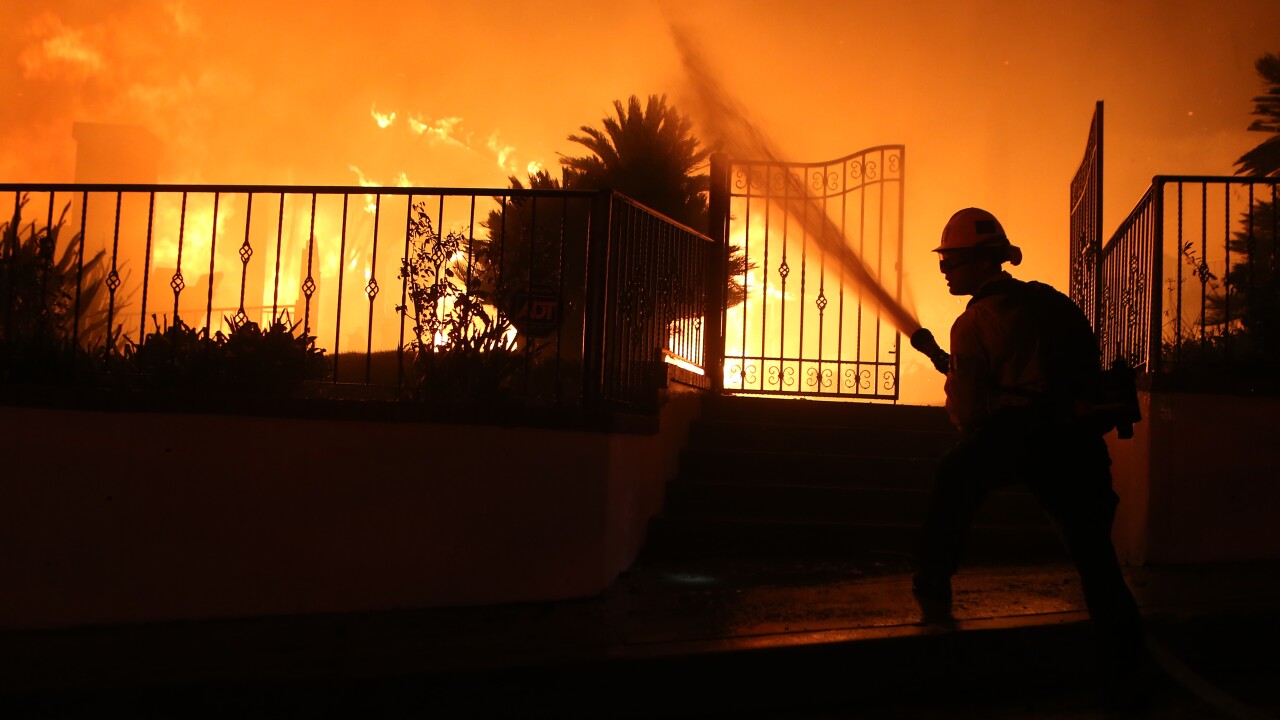 UPDATE: Cal Fire officials said the Saddleridge Fire burning in the San Fernando Valley area has reached 41 percent containment and has burned more than 7,900 acres as of Sunday morning.

UPDATE: As thousands of Southern California residents remain under evacuation orders, fire crews are making headway with the Saddleridge Fire, announcing they have reached 19 percent containment as of Saturday morning.

The fire burning in the San Fernando Valley area in Los Angeles County has grown to 7,552 acres. Several major highways were closed when the fire initially erupted, but crews were able to reopen several lanes throughout the day.

As of Saturday morning, all major highways are open including the Northbound Interstate-5 truck route.

Tens of thousands of people under mandatory evacuation orders after the Saddleridge Fire exploded overnight in the San Fernando Valley area of Los Angeles County.

Officials say it has been driven by the wind spreading in what officials called an uncontrolled fashion and crossing major freeways.

The fire sparked up in Sylmar around 9 p.m. Thursday night growing rapidly and engulfing more than 4,000 acres. Overnight CalTrans shut down southbound lanes of the I-5 near Valencia, but lanes are back open at this hour.

Officials started to evaluate homes that have been lost to the fire and say residents should not wait for someone to knock on their door to leave.

The Los Angeles Fire Department says the blaze has grown to more than 7,500 and containment is now at 13 percent. At least 30 structures have been damaged in the inferno.

One firefighter has suffered a minor eye injury and one person had a heart attack and died at a hospital.

More than 1,000 firefighters have responded to the firefight including nearly two dozen from the Kern County Fire Department.