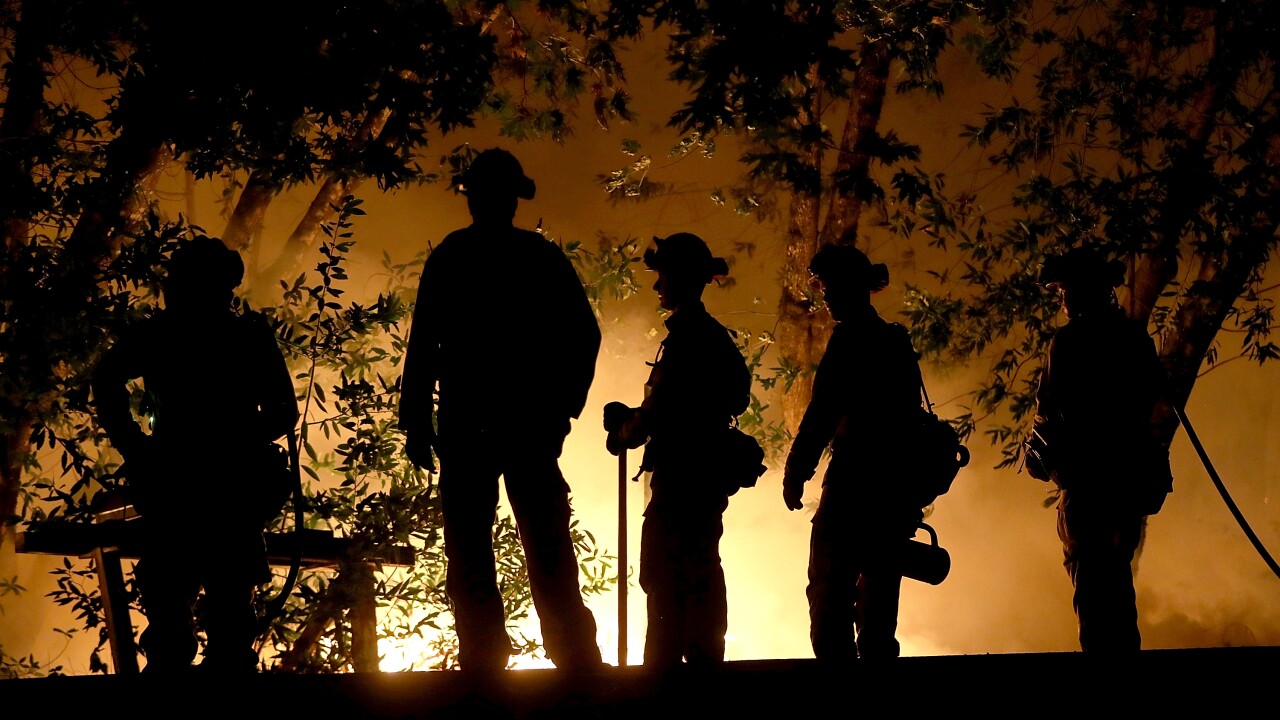 Justin Sullivan/Getty Images
CALISTOGA, CA - OCTOBER 12: CalFire firefighters monitor a firing operation as they battle the Tubbs Fire on October 12, 2017 near Calistoga, California. At least thirty one people have died in wildfires that have burned tens of thousands of acres and destroyed over 3,500 homes and businesses in several Northen California counties. (Photo by Justin Sullivan/Getty Images)

The state's firefighting agency said Thursday that the fire started next to a residence. The agency did not find any violations of state law.

The fire was one of more than 170 fires that torched the state in October 2017. It destroyed more than 5,600 structures over more than 57 square miles (148 sq. kilometers) in Sonoma County.

The cause came as a relief to PG&E, which plans to file for bankruptcy protection next week, citing billions of potential damages from other deadly and destructive wildfires.

CalFire did not immediately release its full fire cause report.