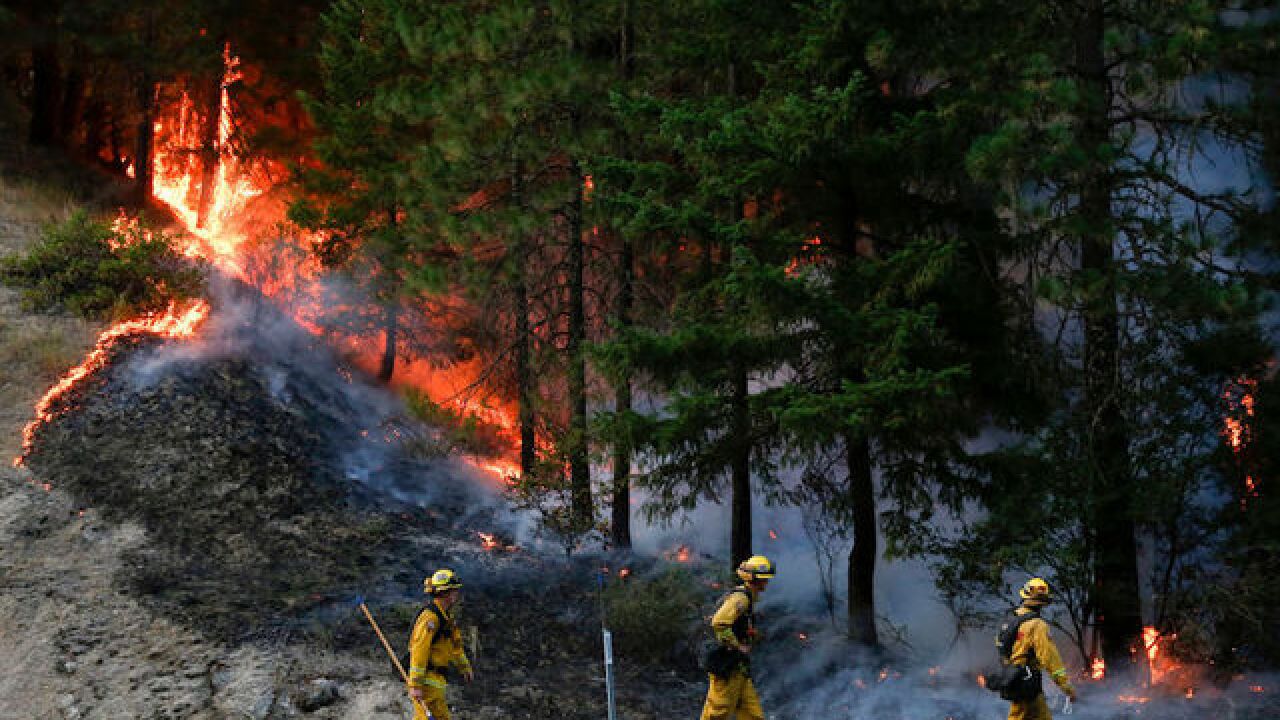 The Zogg Fire, in Shasta County, scorched thousands of acres Sunday in just a matter of hours. A red flag warning is in effect for most of the state. Hot, dry, and windy conditions are making some areas especially vulnerable to the flames.

The Zogg Fire has burned 7,000 acres. Road closures and mandatory evacuations are in place.

At last check, the fire remains at zero percent containment.

And the Glass Fire has forced residents in the heart of wine country to evacuate. Authorities in Napa County say the fire was first reported at about 4 a.m. Sunday. That's when deputies raced through neighborhoods trying to alert people of the danger.

Fire crews have been using tankers and choppers to attack the fire from the air. Videos on social media show a number of houses and structures burning.

The Glass Fire has already scorched 2,500 acres in an area that's home to dozens of wineries.

The fire is zero-percent contained.