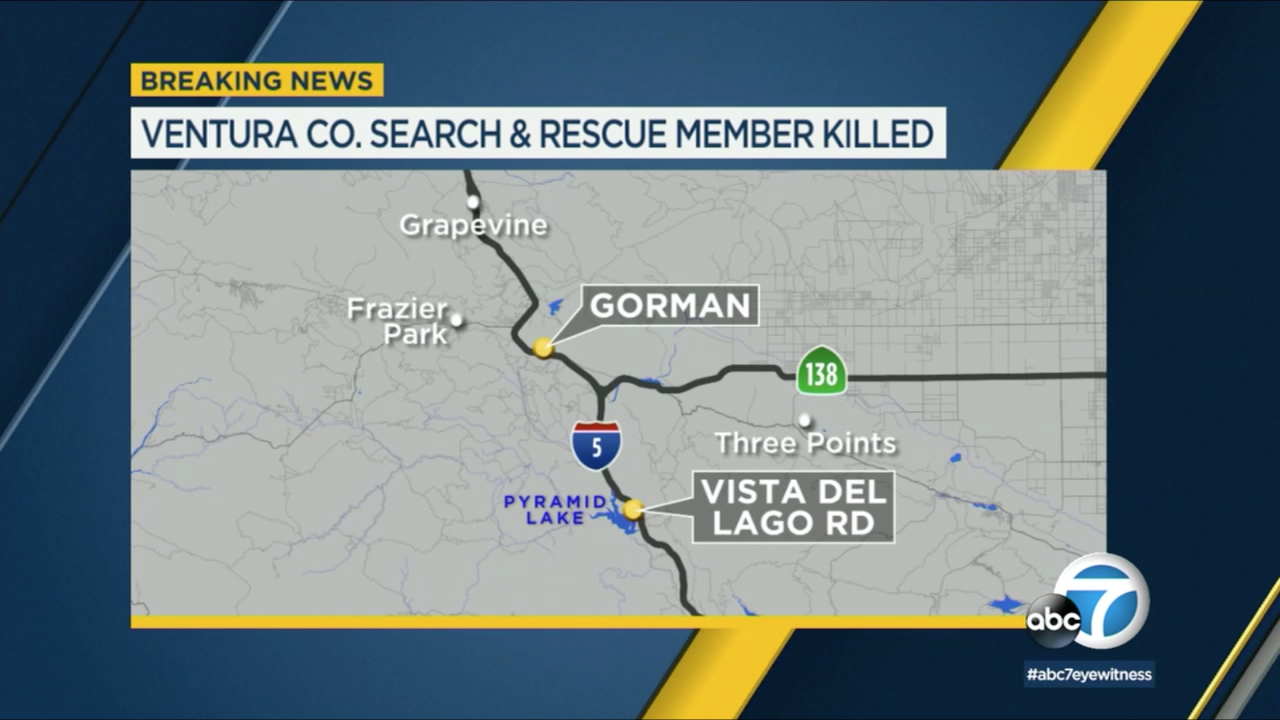 A Ventura County search-and-rescue team member was killed by an out-of-control car while he was responding to another crash on the 5 Freeway near Pyramid Lake on Saturday.

Three other search-and-rescue team members were involved in the collision. One of them was discharged from the hospital, and two others remained in critical condition at Henry Mayo Newhall Hospital, Ventura County sheriff's officials said.

Update on VCSO SAR Team members: one was discharged from the hospital, and two are in critical condition at Henry Mayo in Santa Clarita. Please keep them in your thoughts.

VCSO Fillmore SAR Team member Jeff Dye was helping people at a traffic collision when he was struck and killed by another vehicle. We mourn the loss of our family member today. pic.twitter.com/yEc1HHxdlt

Seven other people were involved in the wreck. Their conditions were unknown.

It all happened on rain-slicked roads on the northbound 5 Freeway at Vista Del Lago Road shortly after 7:30 a.m.

One of the search-and-rescue teams was on their way to a training exercise when they saw a rollover crash at Vista Del Lago. They stopped to help and while there, a vehicle plowed into the scene, killing Dye, said Eric Buschow of the Ventura County Sheriff's Office.

The search-and-rescue team is made up of highly trained volunteers.

"They're highly trained, highly skilled, but they do this out of love for the outdoors, for the mountains, but for helping other people, for saving lives," Buschow said.

As a crash investigation continued at the scene, several of the search-and-rescue team members stayed together near the crash site, at one point appearing to gather in prayer.