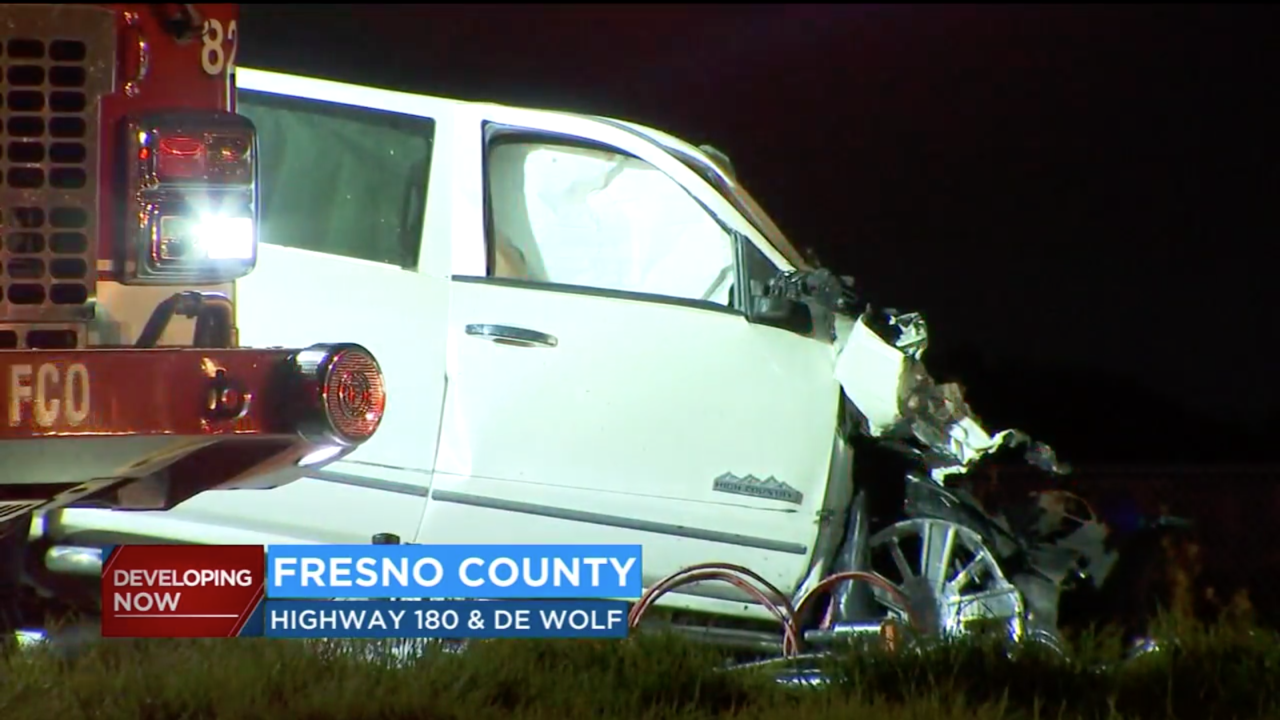 UPDATE: Fresno Police have confirmed that an off-duty police officer was killed in a wrong-way crash on Highway 180 Monday evening.

Officer Phia Vang was a 26-year veteran of the Fresno Police Department.

Vang was leaving work and driving home alone in his personal vehicle and was struck head-on by a wrong-way driver who also died in the collision, authorities said.

Vang is survived by his wife, three sons and one daughter.
---
Shattered glass and debris sprawled across westbound lanes of 180 show the trail of terror left by a wrong way driver.

Investigators say it was around 5 p.m. Monday when a driver in a 2014 Chevy Silverado pickup truck turned from DeWolf Avenue onto Highway 180 and began driving east in the westbound lanes.

"The wrong way driver struck a total of 6 vehicles that we know of for sure. the last one through went head on with," said Sgt. Joseph Bianchi with CHP.

Both drivers in the head on collision died from their injuries.

CHP investigators say both men were wearing their seat belts the other drivers in the other cars were treated for non-life threatening injuries.

The exact cause of the crash remains under investigation.

"We are investigating alcohol and drugs as a factor but we don't know," Sgt. Bianchi said.

Drivers faced detours for several hours as investigators took measurements trying to piece together the moments leading up to the deadly collision.

James Wittwer was heading home to Fresno from his job in Sanger, "I didn't know what was going on until I did hear it on the news."

The property inspector has seen several terrible incidents at this intersection, but he says this is by far the worst.

"People just gotta pay attention to the signs do not enter especially after its just railing," he said.

Highway 180 between DeWolf to Smith Avenue has been an area where law enforcement officers have been called to often.

Along the 8 mile stretch, CHP officers responded to more than 40 crashes in 2018.

Back in September, a motorcyclist was killed in a collision at the McCall intersection.

Officers say many of the accidents are caused by drivers who aren't paying attention and either rear end others or run red lights.