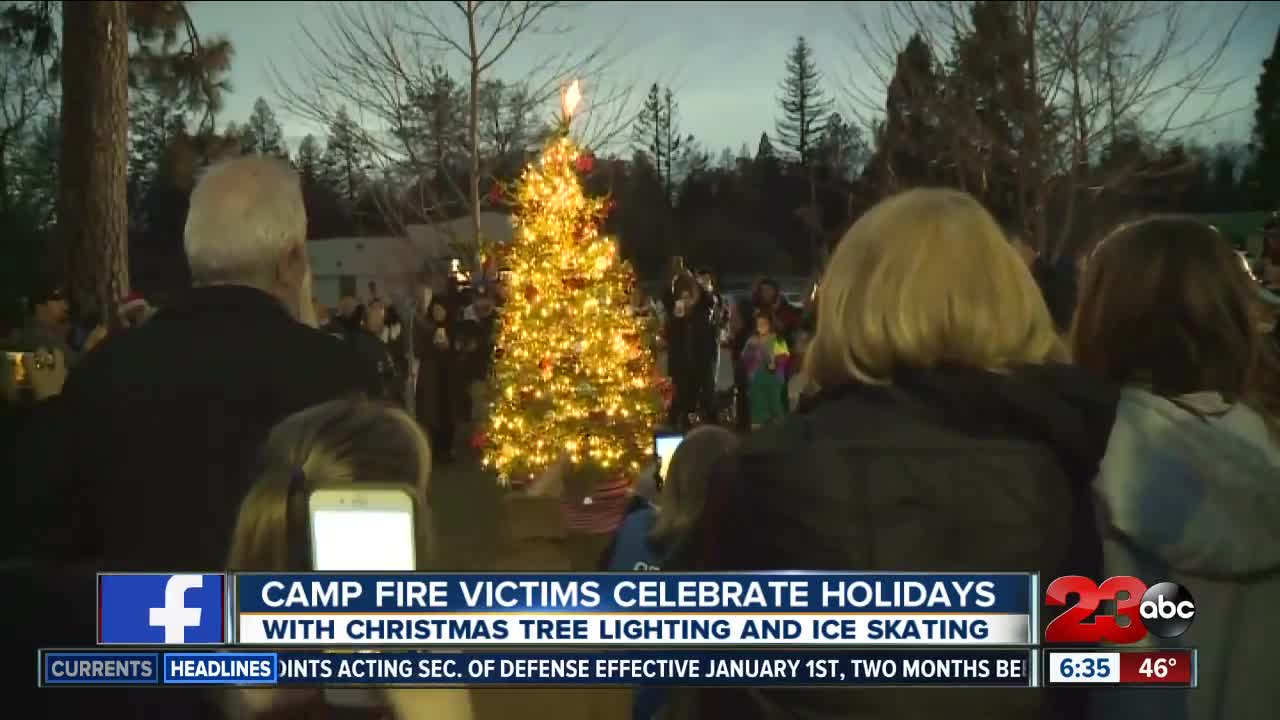 The residents of Paradise came out for a Christmas tree lighting ceremony on Saturday.

PARADISE, Calif. — In time for the holidays, things are slowly getting back to normal in the Northern California town of Paradise, which was decimated by the deadly Camp Fire.

Residents turned out Saturday for a Christmas tree lighting ceremony.

A local nursery donated the tree. The tree was reportedly the only thing that survived when the nursery was affected by the fire.

An ice rink was also opened in order to help bring in the holiday cheer.

The Camp Fire was classified as the most deadly and destructive wildfire in California history.

The blaze claimed the lives of at least 86 people and burned more than 153,000 acres in Butte County, according to Cal Fire.