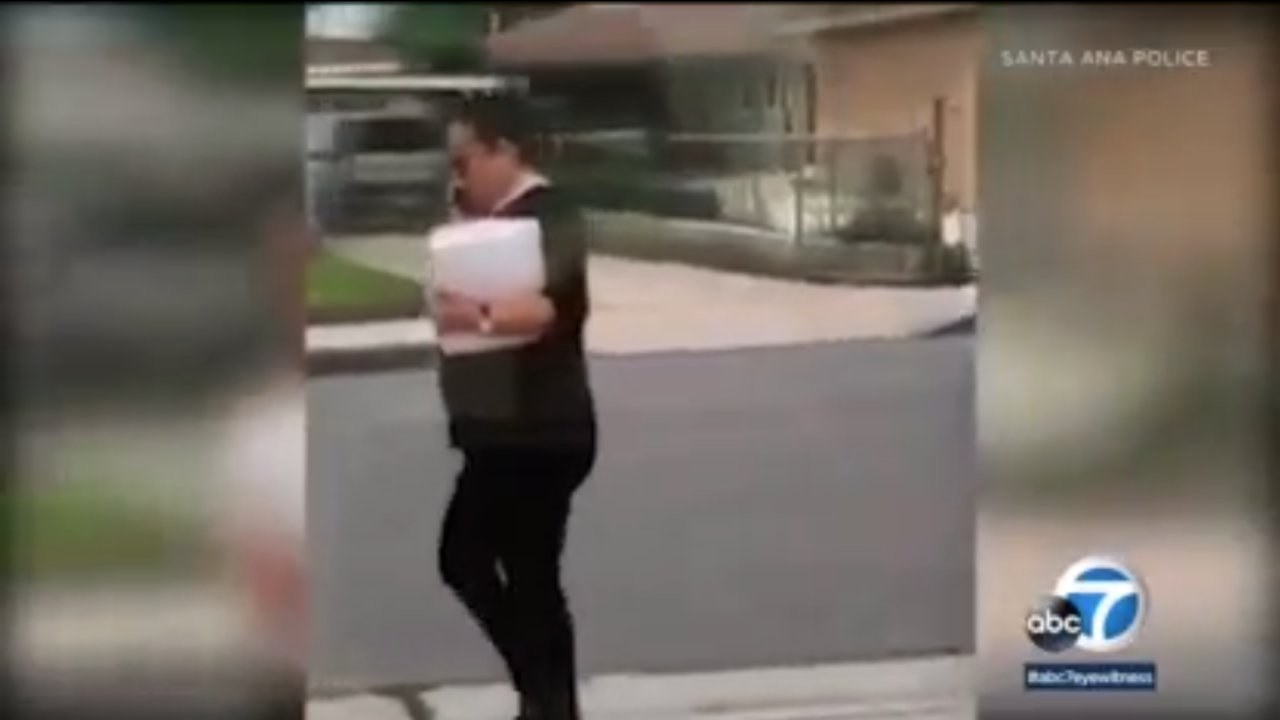 SANTA ANA, Calif. (KABC) — A 38-year-old woman has been booked on suspicion of attempted kidnapping after she allegedly posed as a social worker and tried to take a baby from his home in Santa Ana, authorities announced Saturday.

According to police, the incident occurred about 11:30 a.m. Friday at a house in the 2300 block of South Evergreen Street, where the suspect told the infant's mother that she was there to take the 1-week-old child into protective custody.

The mother said the woman gave her name as Mayella Ortega but refused to provide any identification. The suspect allegedly threatened to call the sheriff's department if the victim did not surrender the baby.

"And I said, 'OK, if the sheriff has to come that's fine," the mother, who declined to be publicly identified, told ABC7. "But I don't want to give you my kid.'"

The suspect was in custody Friday evening after turning herself in, according to the Santa Ana Police Department. The agency on Saturday announced that she had been booked as part of an investigation by homicide detectives and the Orange County District Attorney's Office.

The woman's name and booking photo will not immediately be released, said the Police Department, whose detectives are working with their counterparts in the Los Angeles County and San Bernardino County sheriff's departments on possibly related investigations.

Story courtesy of ABC7 and KABC.