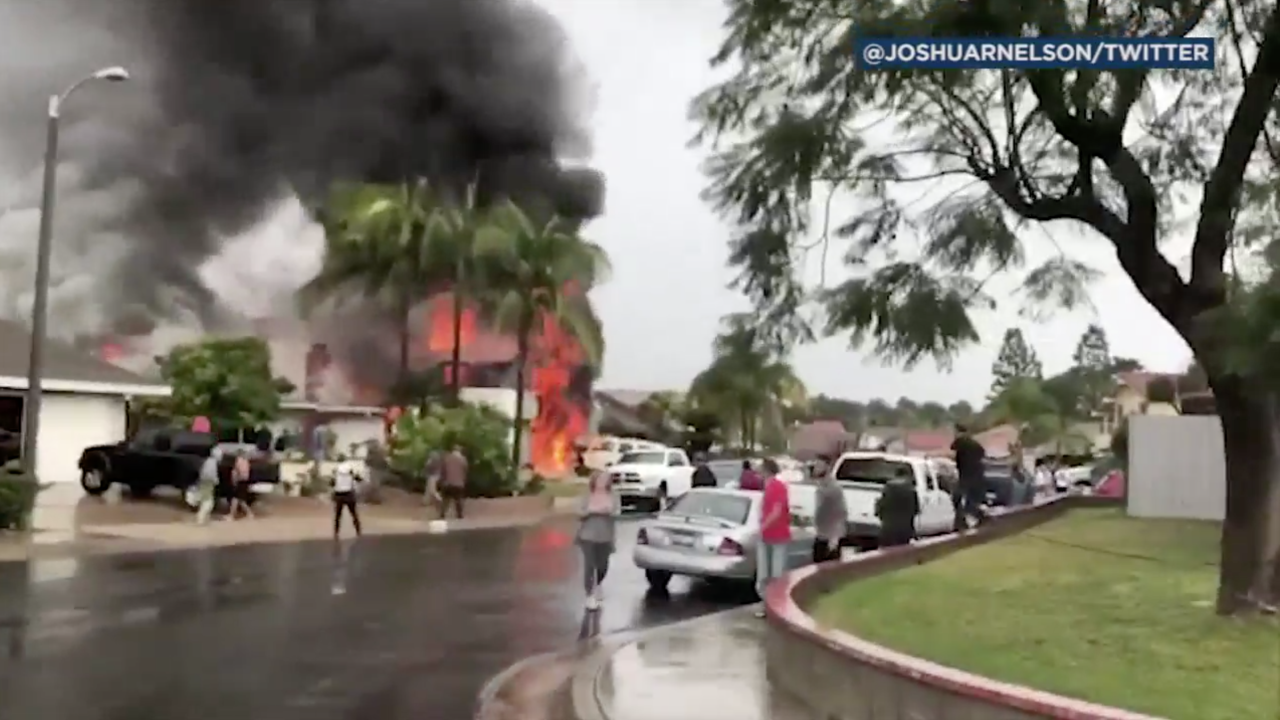 According to the Federal Aviation Administration, the ill-fated Cessna took off from Fullerton Municipal Airport before the incident.

Shortly after 2 p.m., a spokesperson for the Orange County Fire authority said there were at least two active structure fires at the scene on Canyon Drive near Crestknoll Drive.

A witness' video shows at least one two-story home engulfed by a massive inferno as horrified neighbors look on and an explosion is heard.

In the footage, what appears to be a small piece of possible wreckage from the plane is burning in the street. A man is seen dousing it with water from a garden hose.

During an evening press conference, authorities said the pilot, a man, died in the crash, as well as four people inside the home - two men and two women.

Anaheim firefighters were assisting in the response, along with deputies from the Orange County Sheriff's Department.

Pokey Sanchez, an OCFA assistant chief, said firefighters planned to sift through the badly burned two-story house in case there are additional victims.