David Hogg may have been mocked for not being accepted into the universities he originally applied for, but the Parkland shooting survivor will be attending Harvard University in the fall.

Hogg made the Ivy League announcement on Twitter Saturday.

“Thank you all for the well wishes,” the student activist wrote. “I’ll be attending Harvard in the fall with a planned major in political science.”

Thank you all for the well wishes, I’ll be attending Harvard in the fall with a planned major in Political Science.

Hogg has been among the most vocal of the survivors in the Feb. 14, 2018, shooting at Marjory Stoneman High School in Parkland, Florida, where 17 students and staff were killed after a former classmate who allegedly opened fire with an AR-15-style rifle.

(MORE: 'Swatting' hoax reported at home of Parkland teen activist David Hogg; 'It's not going to take our focus,' he said)

In the months after the mass shooting, Hogg and many of his classmates spent much of his time speaking out against gun violence and encouraging young people to vote, harnessing the power of social media -- hashtag, #NeverAgain -- to spread the message. 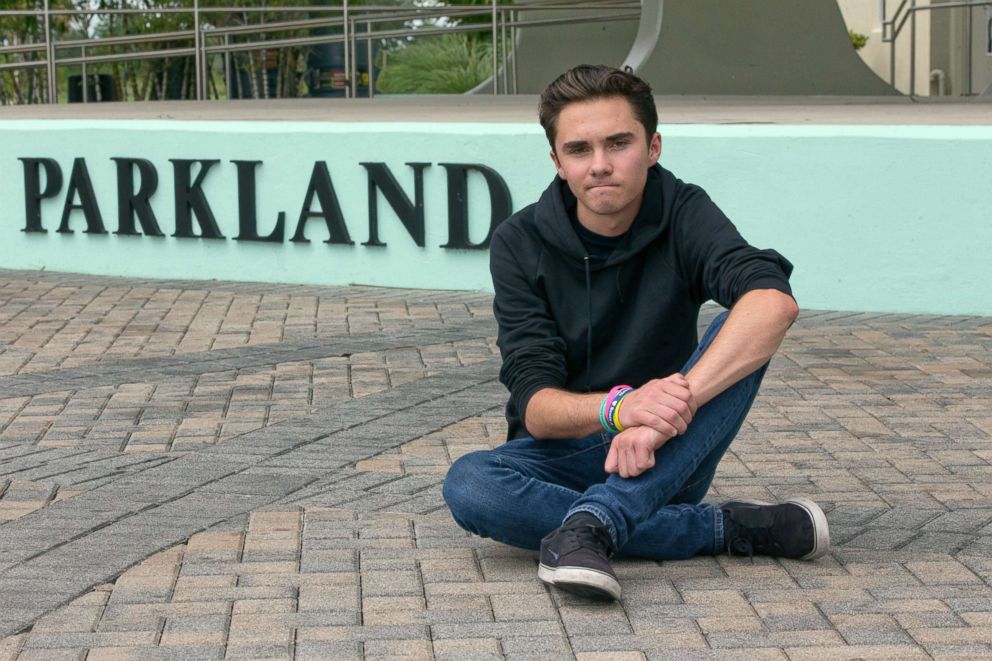 In late March, he appeared at the March for Our Lives rally in Washington, D.C., where hundreds of thousands of people attended to support the cause.

“I don’t think I really ever saw myself as an advocate before,” Hogg told ABC News’ “Nightline” in a June interview. “I felt a necessity to speak out — as kind of the main architect behind the messaging of #NeverAgain because I was really one of the first people to do that and I was the first person, really, on camera from our school at the time.”

A few days after that rally, Fox News’ Laura Ingraham posted a tweet mocking Hogg for not being accepted into four colleges that he had applied to, including UCLA. Later that day, Hogg responded with a list of Ingraham’s sponsors and called on his followers to pressure her advertisers.

David Hogg Rejected By Four Colleges To Which He Applied and whines about it. (Dinged by UCLA with a 4.1 GPA...totally predictable given acceptance rates.) https://t.co/wflA4hWHXY

Pick a number 1-12 contact the company next to that #

The next day, Ingraham posted an apology in which she said, “On reflection, in the spirit of Holy Week, I apologize for any upset or hurt my tweet caused him or any of the brave victims of Parkland.”

However, it was too little too late, as companies, such as Wayfair, TripAdvisor and Nutrish, were already in the process of pulling their ads from her show.

(MORE: Laura Ingraham apologizes 'for any upset or hurt' caused by her comments on Parkland student David Hogg)

Any student should be proud of a 4.2 GPA —incl. @DavidHogg111. On reflection, in the spirit of Holy Week, I apologize for any upset or hurt my tweet caused him or any of the brave victims of Parkland. For the record, I believe my show was the first to feature David...(1/2)

Hogg spent much of this year since the shooting lobbying for gun regulations in Washington, D.C., and across the country. Along with other student activist leaders, including Marjory Stoneman’s Emma Gonzalez and Cameron Kasky, he co-founded the March for Our Lives: Road to Change tour, which took place in 68 cities over the summer.

Though Hogg will be attending Harvard for the first time as a student, he is not new to the school -- he’s already spoken there twice this year, in March and September.