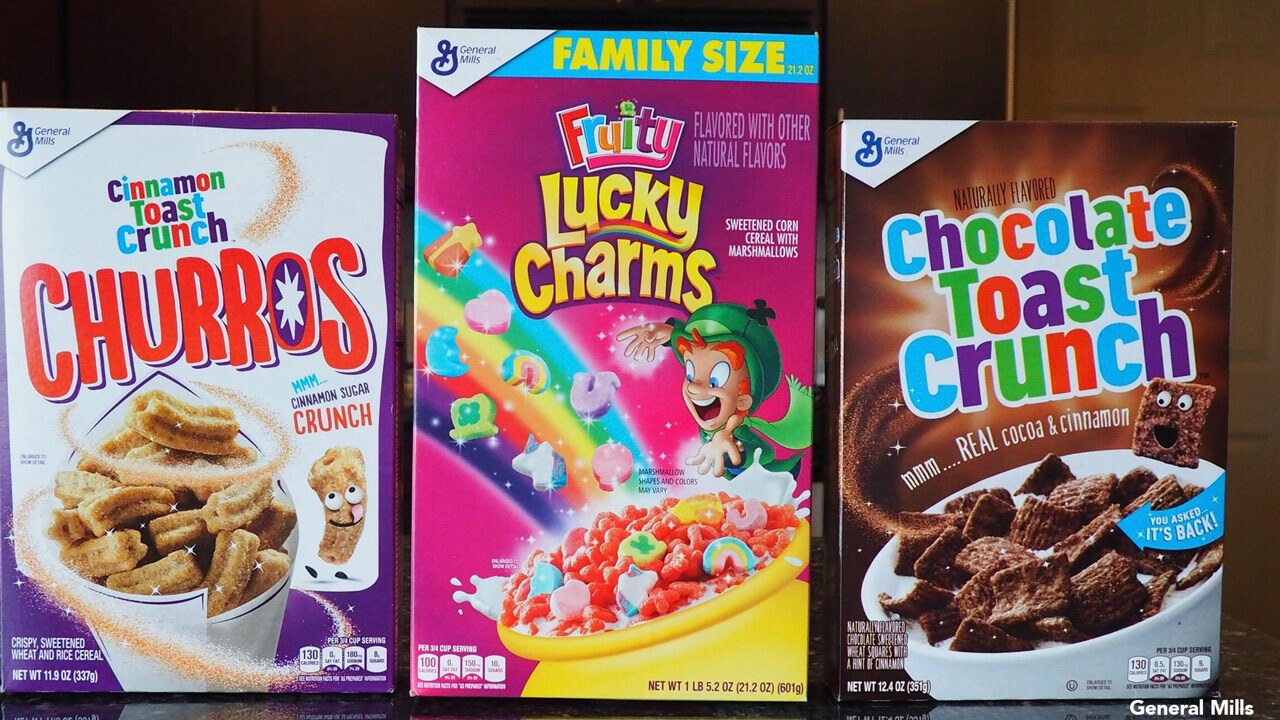 LOS ANGELES (KABC) — Attention breakfast connoisseurs, there are three new choices coming to a cereal aisle near you.

General Mills has unveiled their latest creations that put a spin on some of their classics.

Cinnamon Toast Crunch Churros will see a twist on the popular cereal.

General Mills describes the cereal as "bite-size churros, dusted with real cinnamon." They also say you can count on each bite staying crunchy in milk!

General Mills is also bringing back a variation of Cinnamon Toast Crunch that hasn't been seen in years - Chocolate Toast Crunch.

The "fan-favorite" cereal, with real cocoa and cinnamon, was discontinued in 2016, but thanks to consumer demand - including a Change.org petition - the company brought it back.

And 'magically delicious' Lucky Charms is about to get more magical (and maybe delicious) with Fruity Lucky Charms.

"A mix of fruity-flavored cereal with its beloved marshmallows to bring cereal-lovers a magical delight," the company says.

This story is courtesy of ABC7.