US says 2nd Guatemalan child has died in immigration custody 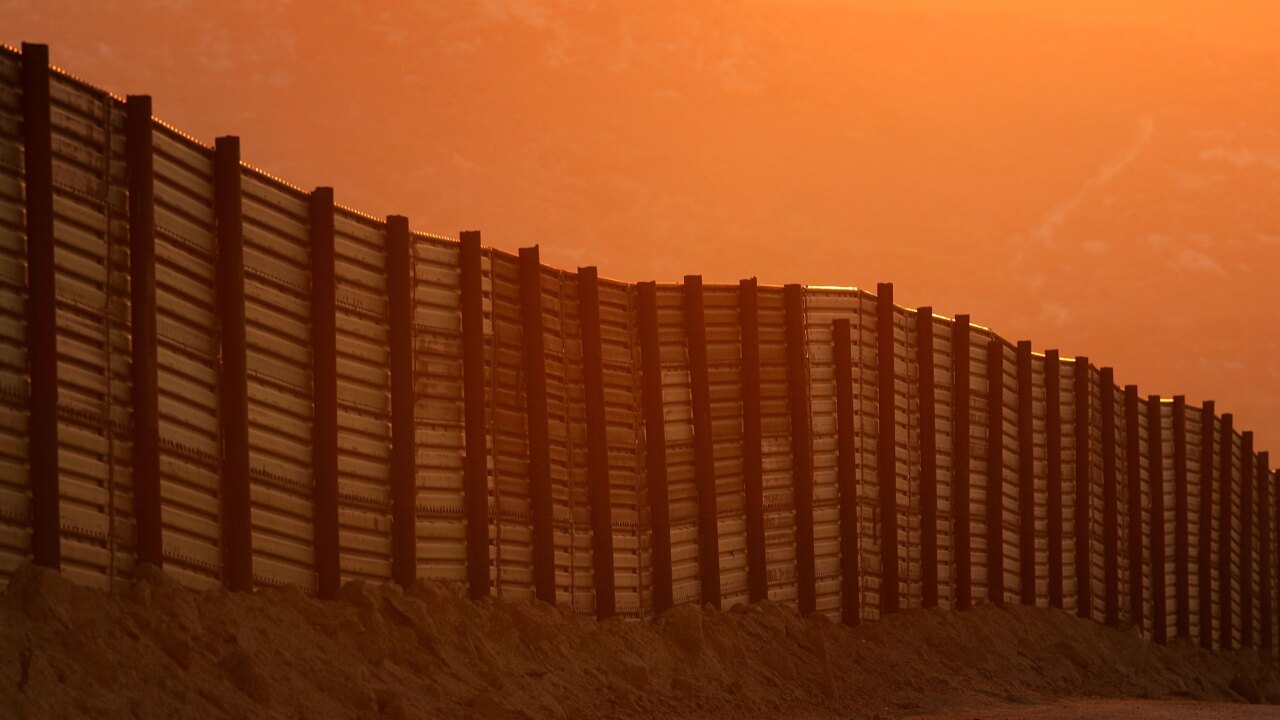 David McNew/Getty Images
CAMPO, CA - OCTOBER 08: Dusk falls over a section of the US-Mexico border fence which activists opposing illegal immigration hope will be turned into a fully-lit double-fenced barrier between the US (foreground) and Mexico October 8, 2006 near Campo, California. US Fish and Wildlife Service wardens and environmentalists warn that a proposed plan by US lawmakers to construct 700 miles of double fencing along the 2,000-mile US-Mexico border, in an attempt to wall-out illegal immigrants, would also harm rare wildlife. Wildlife experts say cactus-pollinating insects would fly around fence lights, birds that migrate by starlight in the desert wilderness would be confused, and large mammals such as jaguars, Mexican wolves, Sonoran pronghorn antelope, and desert bighorn sheep would be blocked from migrating across the international border, from California to Texas. (Photo by David McNew/Getty Images)

The death came during an ongoing dispute over border security and with a partial government shutdown underway over President Donald Trump’s request for border wall funding.

U.S. Customs and Border Protection said the boy — identified by the Guatemalan consul in Phoenix as Felipe Gómez Alonzo — had shown “signs of potential illness” on Monday and was taken with his father to a hospital in Alamogordo, New Mexico. He was diagnosed with a cold and a fever, prescribed amoxicillin and ibuprofen, and released Monday afternoon after being held 90 minutes for observation, the agency said.

The boy was returned to the hospital Monday evening with nausea and vomiting and died there just after midnight, CBP said.

CBP has not yet confirmed when or where the father and son entered the United States or how long they were detained, saying only in its statement that the boy had been “previously apprehended” by its agents.

The agency said the cause of the boy’s death has not been determined and that it has notified the Department of Homeland Security’s inspector general and the Guatemalan government.

A 7-year-old Guatemalan girl died earlier this month after being apprehended by border agents in New Mexico. The body of the girl, Jakelin Caal, was returned to her family’s remote village Monday for burial Tuesday.

The White House referred questions about the latest case to the U.S. Department of Homeland Security, CBP’s parent agency. CBP officers and the Border Patrol remain on the job despite the shutdown.

According to Guatemala’s foreign ministry, the father and son entered the U.S. at El Paso, Texas, on Dec. 18, then were taken to the Border Patrol’s Alamogordo station Sunday. Alamogordo is about 90 miles (145 kilometers) from El Paso.

Oscar Padilla, the Guatemalan consul in Phoenix, said he was told by the boy’s father in a telephone interview that the two had been traveling from their home in Nentón, a village about 280 miles (450 kilometers) from Guatemala City. They were planning to go to Johnson City, Tennessee.

The consul identified the father as 47-year-old Agustin Gomez, and said he remains in U.S. Border Patrol custody.

CBP typically detains immigrants for no more than a few days when they cross the border before either releasing them or turning them over to U.S. Immigration and Customs Enforcement for longer-term detention. Agency guidelines say immigrants generally shouldn’t be detained for more than 72 hours in CBP holding facilities, which are usually smaller and have fewer services than ICE’s detention centers.

Parents and children together are almost always released quickly due to limited space in ICE’s family detention facilities.

A CBP spokesman on Tuesday did not respond to questions about the ministry’s statement.

CBP promised “an independent and thorough review of the circumstances.”

The Guatemalan foreign ministry called for an investigation “in accordance with due process.”

Democratic members of Congress and immigration advocates sharply criticized CBP’s handling of Jakelin’s death and questioned whether border agents could have prevented it by spotting symptoms of distress or calling for an evacuation by air ambulance sooner.

CBP has said that it took several hours to transport Jakelin and her father from a remote Border Patrol facility to a larger station, where her temperature was measured at 105.7 degrees Fahrenheit (40.9 degrees Celsius). Emergency medical technicians had to revive her twice. She was ultimately flown to an El Paso hospital, where she died the next day.

Large numbers of Guatemalan families have been arriving in recent weeks in New Mexico, often in remote and dangerous parts of the desert. Jakelin and her father were with 161 other people when they were apprehended in Antelope Wells, about 230 miles (370 kilometers) southwest of Alamogordo.

CBP announced new notification procedures in response to Jakelin’s death, which was not revealed until several days later.

A spokeswoman for U.S. Rep. Steve Pearce, a Republican whose district along the U.S.-Mexico border includes Alamogordo, did not respond to messages Tuesday.

Xochitl Torres Small, a Democrat who will represent the district starting in January, called for a thorough and transparent investigation into the children’s deaths and more medical resources along the border.

“This is inexcusable,” she said in a statement Tuesday. “Instead of immediately acting to keep children and all of us safe along our border, this administration forced a government shutdown over a wall.”

Felipe Gonzalez, the United Nations special rapporteur on the human rights of migrants, said Monday that the U.S. government’s detention of children due to their immigration status violated international law.