Who gets the dog in the divorce? Enter the pet prenup. 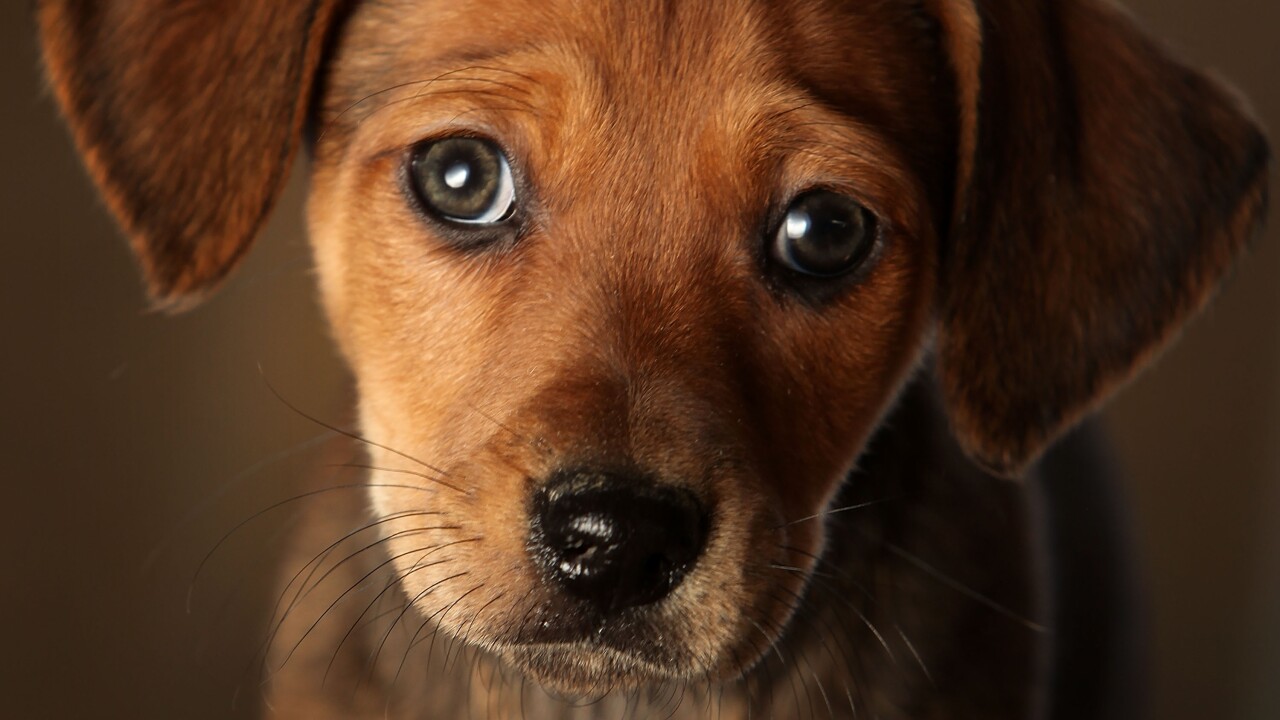 Christopher Furlong/Getty Images
WARRINGTON, ENGLAND - JANUARY 04: A seven week old Daschund cross puppy waits to be re-homed at the Cheshire Dogs Home on January 4, 2010 in Warrington, England. The puppy is one of hundreds waiting for a new home at the Manchester and Cheshire Dogs Home and other animal shelters across Britain. There has been a huge surge in the number of abandoned pets over the Christmas and Winter period. (Photo by Christopher Furlong/Getty Images)

Have a conversation with a dog lover and you’ll quickly figure out that their pup is an integral part of the family. The bond is a tight one and the thought of being separated is incomprehensible. So what happens when “pet parents” decide to split?

Breakups are never pleasant and often times downright messy, especially when it comes to the division of assets. Who gets the family pet has become such a hot topic that couples are including the issue in prenups.

When Elizabeth and her now ex-husband split, their dog's well-beingbecame an issue. Both parties loved the dog and neither wanted to give him up.

"Throughout the divorce my ex used our dog to hurt me,” Elizabeth, who asked that only her first name be used, said. “He was willing to drag things out as long as possible and would only settle if I gave up the dog.”

It’s not uncommon to hear one party using the dog as more of a bargaining tool to get what they want, according to Mitchell B. Gordon, a Chicago-based attorney with Bradford & Gordon, Inc. He points out that a lot of times it’s not the pet that couples are really fighting over.

“One partner knows the emotions the other has [for] the pet and uses it against them in the divorce,” Gordon explained.

In Elizabeth's case, she said her ex-husband wore her down and she ultimately relinquished her rights. As a result of the experience, she included the dog she shares with her new husband in a prenup. Instructions on care and custody, along with a designated veterinarian to make any medical related decisions should they be unable to agree, were hashed out in the legal document.

Putting these types of provisions in writing not only provides peace of mind, it eliminates an issue to fight over later.

Karin Lundell, a partner at the firm Rower LLC in New York City, believes prenups are on the rise. People marrying for the second time want to protect what they’ve already acquired while younger couples who don’t have substantial assets but anticipate that they will in the future want to be protected as well, she said.

Gordon said his firm has seen an increase in the number of clients seeking prenups and they aren’t necessarily coming from exceedingly wealthy backgrounds.

"The main type of client seeking prenups is couples who are marrying when they're older, who are likely to have worked longer, and have more assets that they wish to protect,” he said.

The firm is also seeing younger couples who either have a good amount of student debt and neither one wants to be saddled with the other's loans, or there is pressure by their families to have a prenup.

How courts see dogs in divorce proceedingsAnd while dog owners will tell you their pup is a member of the family, the courts tend to think otherwise. The law, although antiquated, dates back hundreds of years and views pets as personal property, just like the contents in your home, even though the way in which people relate to their animals has evolved.

In most cases it comes down to which partner's name is on the paperwork when purchasing or adopting the dog, Regina DeMao, an attorney in the Washington, D.C., and Maryland area, said.

“Title is important,” said DeMao. “With certain joint property you can sell it and split the proceeds. But with a pet you can’t do that."

Some states are looking at pets as more than just property. Starting Jan. 1, California will ensure a pet is taken care of while divorce proceedings are underway.

Similar laws have been enacted in Illinois and Alaska. Judges in these states have the power to take into account the well-being of the animal.

Who gets the pet when a couple separates? In some states, a judge can decide who is the better pet parent! #GMADay https://t.co/URNN9BQObB pic.twitter.com/vHHpKho8EI

In New York, Lundell said the law as it pertains to divorce has evolved.

“New York law looks at pets in the context of divorce differently in recent cases and instead of treating pets simply as property, courts have applied a standard of ‘what’s best for all’ meaning owners and pets,” she said.

The goal is to try and resolve what’s in your pet’s best interest and ensure they are well taken care of because at the end of the day, their well-being is what’s most important.

(MORE: Lender threatens to take dog back after saying woman was only leasing him)

Couples can lay out a plan in their prenup if a divorce happens, like who will pay for pet insurance (if applicable), veterinary bills and everyday living expenses along with medical decisions.

Many are also including a “shared” custody schedule for their dog. Although the issue of child custody is not allowed in a prenup, Lundell said there are couples who stipulate the family pet will follow the same parenting schedule as the child. By doing so, the child and pet are able to remain together which creates a sense of stability in an unstable situation.

When Deborah, who asked that only her first name be used, and her husband drew up their prenup, they had clear goals about what they wanted in their relationship, which included children and a dog. For them, it made sense to blend the two together in their agreement

“The thinking behind this was that the child would probably have an emotional attachment to the dog and having the dog around could help to create stability for the child should we divorce,” she said.

For unmarried couples who are pet parents, a prenup isn’t an option. But doesn’t mean you can’t protect yourself in the event of a split, according to Gordon. While there is no specific name for it, non-married couples can still have an attorney draft an agreement that will address the issue of what happens to the dog should they separate.

"I’ve also noticed pet rescue organizations now have questions on their adoption applications that ask what will happen to the pet in the event of a split," he said, "so a contract is definitely something to consider."