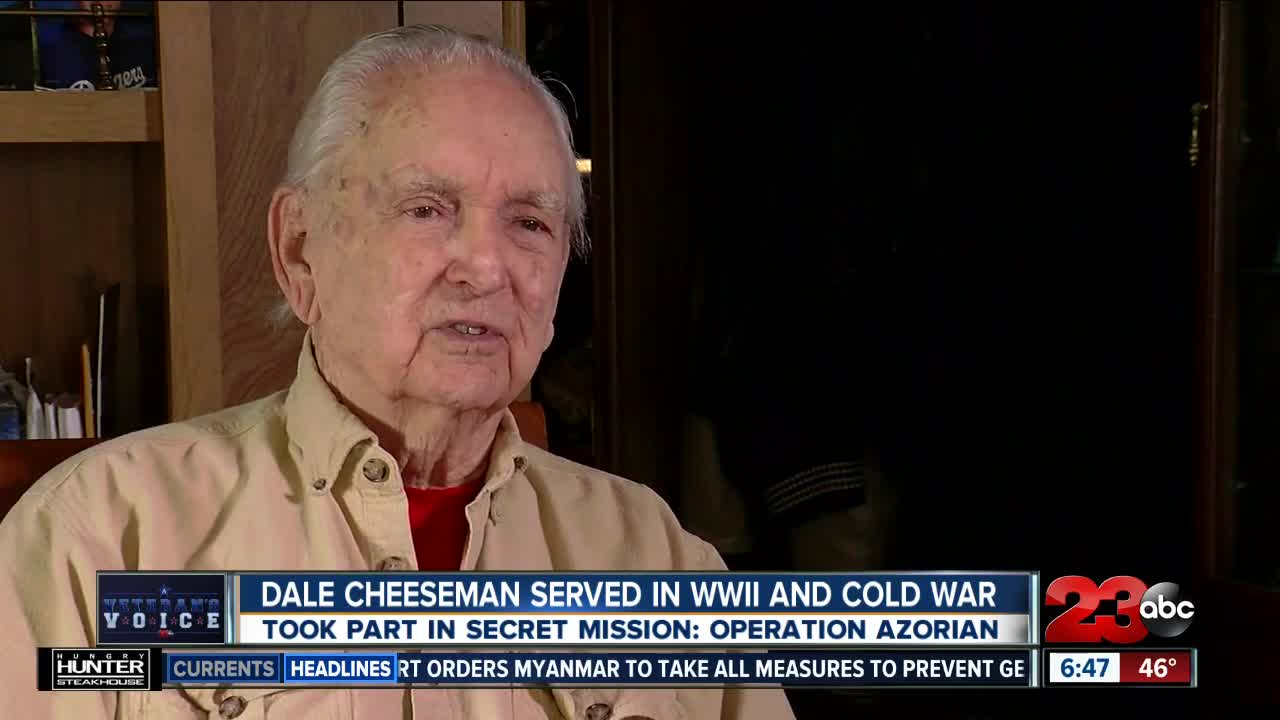 Dale Cheeseman joined the Navy in WWII but it was his training that enabled him to take part in a secret operation during the Cold War to retrieve a Russian sub in deep water.

Dale Cheeseman was a grunt. A machinist in the Navy, but it provided him with the foundation for a career that would place him in the middle of one of the most secret and ambitious missions the history of United States intelligence.

Cheeseman likes to figure out how things work. Born in Lakeside, California he landed in Bakersfield, attending Kern County Union High School in the early '40's right before he enlisted in the Navy during World War II. He was assigned to a floating dry dock near Admiralty Island, just north of New Guinea.

His biggest repair project involved the battleship USS Iowa, the largest ship that ever came into the dry dock. His primary mission was to repair battle damage as quickly as possible.

After the war he returned to California, working for Richfield Oil. It was that experience that would get him an offer to take part in a secret operation in 1972 - to find and retrieve a Russian sub that sank in the Pacific in 1968.

Project Azorian, run by the CIA, was tasked with building a ship that could bring the sub up from a depth of 3 miles utilizing engineering that didn't exist at the time.

The result, the Glomar Explorer, set sail in 1974 arriving at the site in June. The bottom of the ship would slide open, filling with water in a "moon pool." From there, a giant claw named Clementine would descend 16,000 feet to the crash site. Dale oversaw the hydraulics that connected steel pipes to lower the recovery vehicle. Unfortunately, the sub - K-129 - broke apart as it was being brought up, leaving only a small section that was salvaged.

Dale still isn't sure exactly what was recovered. But he and his shipmates were under constant surveillance by the Soviet Union.

Jack Anderson is credited with breaking the story of Project Azorian in 1975, but Dale says "The Taking of K-129" by author Joshua Dean in 2017 is the most complete account of the operation.

Dale took part in Honor Flight five years ago and continues to stay sharp. His kids think he should write a book to share his story from a 'grunts' perspective. A chance to finally show a picture of him on board a moment in history.