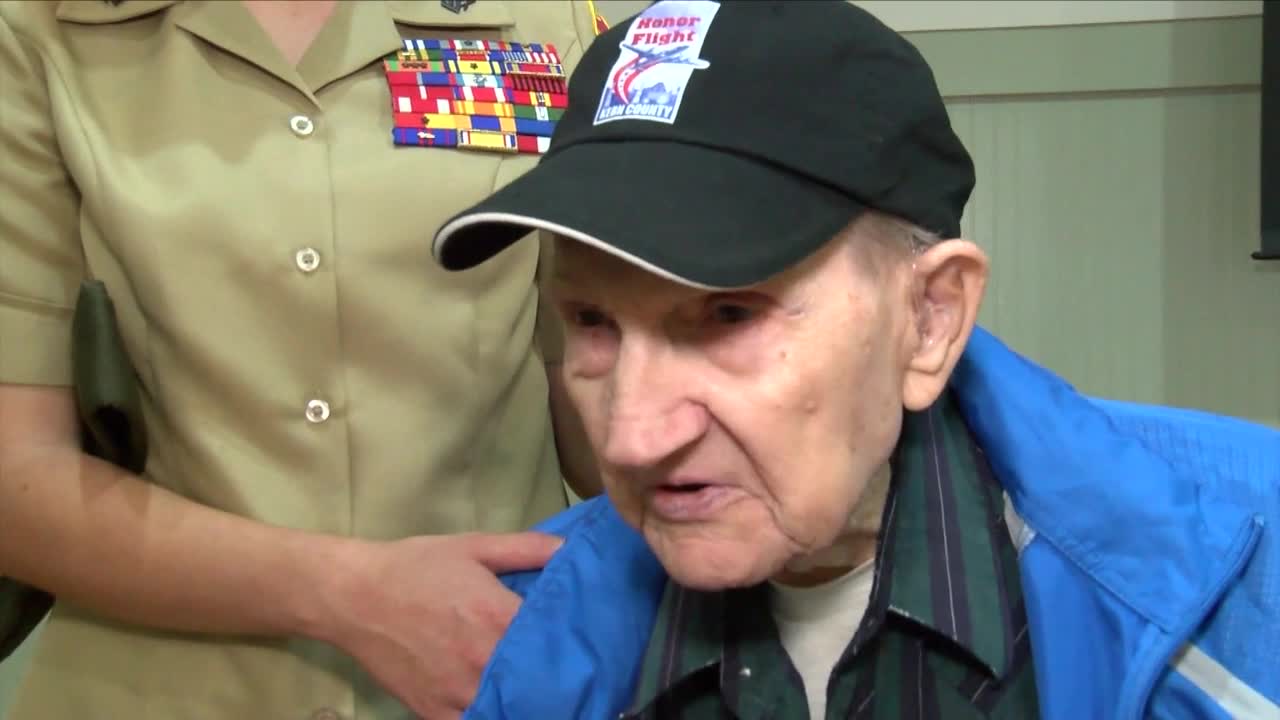 Henry Ochsner landed in Normandy on D-Day, but didn't get wet. A paratrooper with the 101st Airborne, 506th Regiment, East Company. And when he landed in France on June 6th, 1944, it was the start of a journey that would end at Hitler's famed 'Eagle's Nest'.

Due to anti-aircraft fire, his unit was scattered all over the countryside. Henry said he was immediately thrown into a makeshift unit, slugging it out with German soldiers dug into hedgerows all over the area. Progress was slow at first, with Henry in a fight every step of the way. It was a path that would one day, lead right to General George Patton. "He said soldier, you're suppose to watch everybody," said Ochsner, "I said I am, and Patton responded by saying we'll make an excuse this time, and went inside."

It wasn't all smiles. Henry's unit liberated one of several labor camps in Germany. But it was the Hitler's mountain top retreat that caught his breath, decorated with stolen pieces from numerous countries and all the wine it could hold.

The HBO mini-series 'Band of Brothers' was based on interviews and documentation with the men of Easy Company. Henry said the depiction was 'pretty close', but there are some things you just can't duplicate. To this day, Henry is a card carrying member of the Screamin' Eagles and he renews it every year.

And his brothers take a back seat to no one, well, almost no one. "My wife comes first," said Ochsner, "the 101st comes second!"