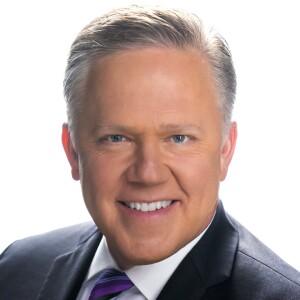 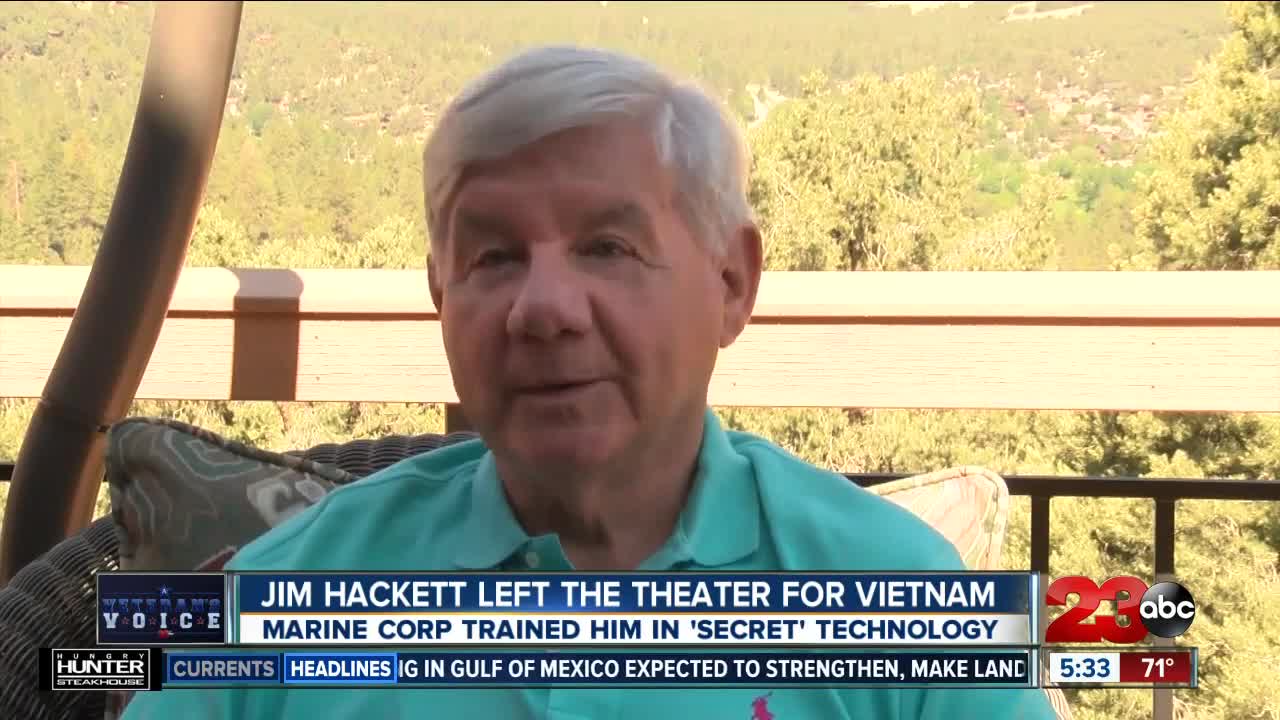 Jim Hackett was pursuing a career in theater and television, when a twist of fate landed him in the jungles of Vietnam. He enlisted in the Marine Corp and wound up working in a major production, starring the North Vietnamese.

Jim's father was a Marine, who enlisted after Pearl Harbor and fought his way across the Pacific. His father told him to go in the Navy or Air Force, because he'd never make it in the Marines. Jim came out of boot camp as the top shooter in his platoon, so when it was time to get there assignments, he was surprised to find he was destined for something else. "My drill sergeant said, 5900, electronics?" said Hackett, "I trained you to kill commies not go to electronic's school."

He was sent to a secret school teaching new technology at the time; people finding radar that could pinpoint a person 200 feet away. Unfortunately, that put him right in the middle of the action. Jim was sent to numerous hot spots resulting in two purple hearts. But Jim wrote a scathing report about the technology and said soon after, the Marines stopping using it.

Hackett extended his stay in Vietnam twice and never talked about his time in the Corp. Instead, he went back to acting after he was discharged. He found work on stage and television, including a spot on the popular 70's sitcom, "Eight is Enough".

It was during his time in front of the camera, that his military career was suddenly revived, when he met another Marine during an audition who also served in Vietnam. "We hugged and cried," said Hackett, "I'm tearing up now, it was wonderful."

In the last few years, Jim went on the Honor Flight and was part of another group called the 'Greatest Generation", that took him back to Vietnam and the place where he earned one of his purple hearts. He said it brought him some closure.

Now, Jim and his wife Jill enjoy the quiet life in the hills overlooking Pine Mountain Club. You might call it his 'happy place'. He still has a few momentos from his time in the service, and said even today, if the Corp came knocking, he'd answer the call!