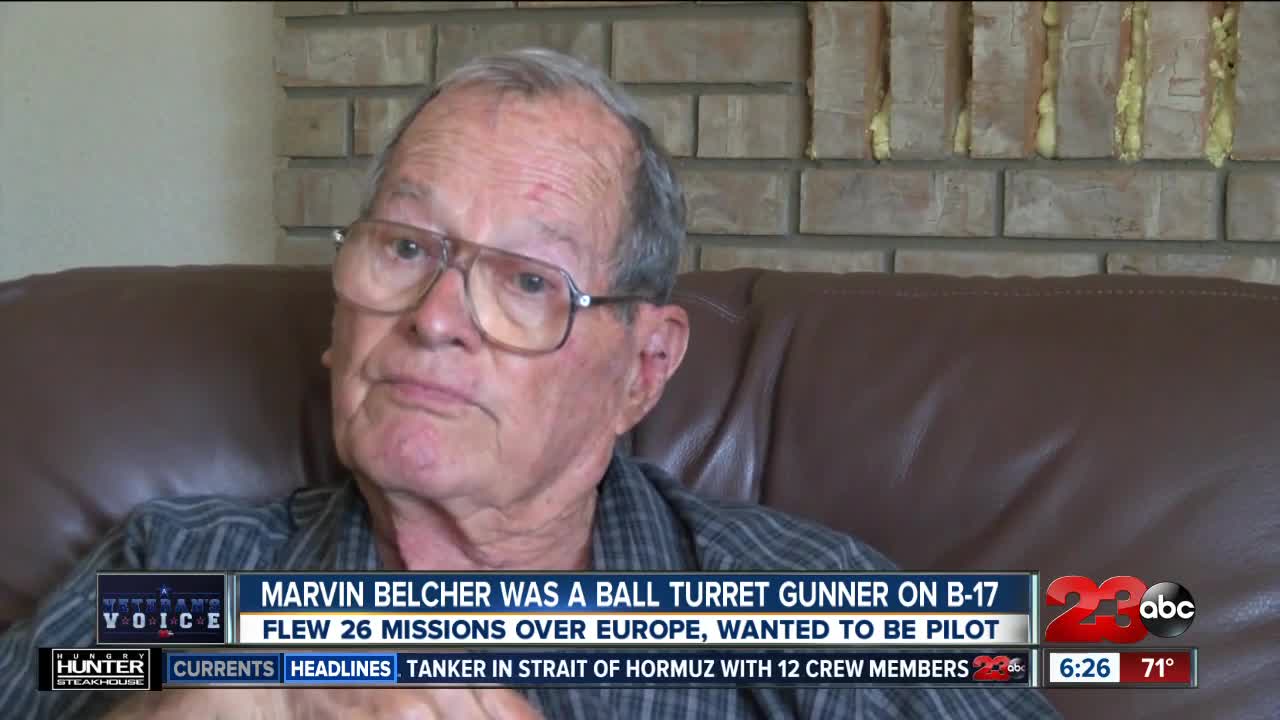 BAKERSFIELD, Calif. — It wasn't the kind of flying he signed up for during World War II. Marvin Belcher had dreams of becoming a pilot and that desire landed him at Minter Field in Shafter. He would take to the skies over Germany during the war, but not at the controls of a plane. Instead, he had a bird's eye view of the last few months of the war in Europe, from an unusual position.

In 1943, the Army Air Corp was in desperate need of gunners more than pilots, and at 139lbs, Marvin fit perfectly into the ball turret underneath a B-17 bomber. He was sent to flexible gunnery school in Arizona, before his crew was assembled and they were deployed to England.

He was part of the 384th Bomb Group and flew his first mission on February 12th, 1945. Belcher said by then, the famed German Luftwaffe was no longer a threat, but the anti-aircraft fire was everywhere. "I had a good view from the ball turret," said Belcher, "on one mission we counted 100 holes in the bomber, but not one man got a scratch."

Marvin was part of the final Allied bombing raid over Germany in April of 1945, his 26th and final mission. It wasn't long after that Germany surrendered. Belcher volunteered for duty in the Pacific, but the U.S. was preparing to drop the atomic bomb, so he never went to fight Japan.

He returned home with thoughts of becoming a minister but turned to education for 35 years in the Bakersfield City School District. He still got the chance to preach at church, sort of. Marvin teaches Sunday School and said his faith carried him through some of the most dangerous moments of the war.

It's a calling he still answers at the age of 93.