Woman arrested for DUI after multi-vehicle crash on Hwy 46 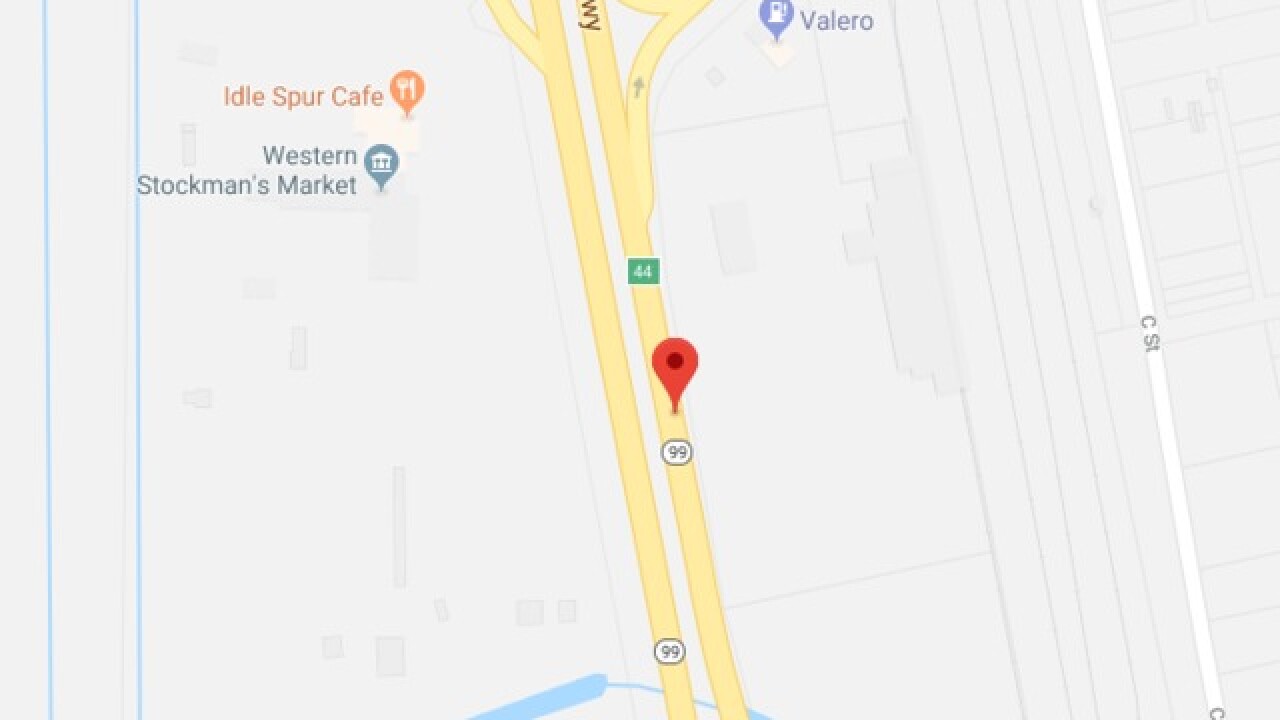 A multi-vehicle crash occurred on Hwy 46 west of Hwy 99 after a short vehicle pursuit with Kern County Sheriff's deputies and a 2009 Honda.

CHP assisted at the scene of the crash between the Honda and a 2013 Toyota. After crashing into the Toyota, the Honda then collided into a 2014 Kenworth, then continued off the road and into a metal pole.

The gas tank of the Kenworth was ruptured leading to a minor spill on the roadway.

The driver of the Honda, Amberly Martinez, 36, from Waso was arrested for a felony DUI and was airlifted to Kern Medical with moderate injuries.

The driver of the Toyota, Joug Yu, 59, from Wasco was also brought to Kern Medical for minor injuries.

The driver of the Kenworth, Jaswinder Dhanju, 24, was not injured in the incident.

Highway 46 is closed in both directions, just west of Highway 99 due to a multi-vehicle crash.

According to the California Highway Patrol website, several vehicles were involved, including a big rig that leaked some type of fluid on the roadway.

Environmental Health is currently on scene. No word on injuries.

CHP says it's unknown when the lanes will reopen.

We will continue to update you on this as soon as we get more information.