A massive part of Antarctica may soon break off 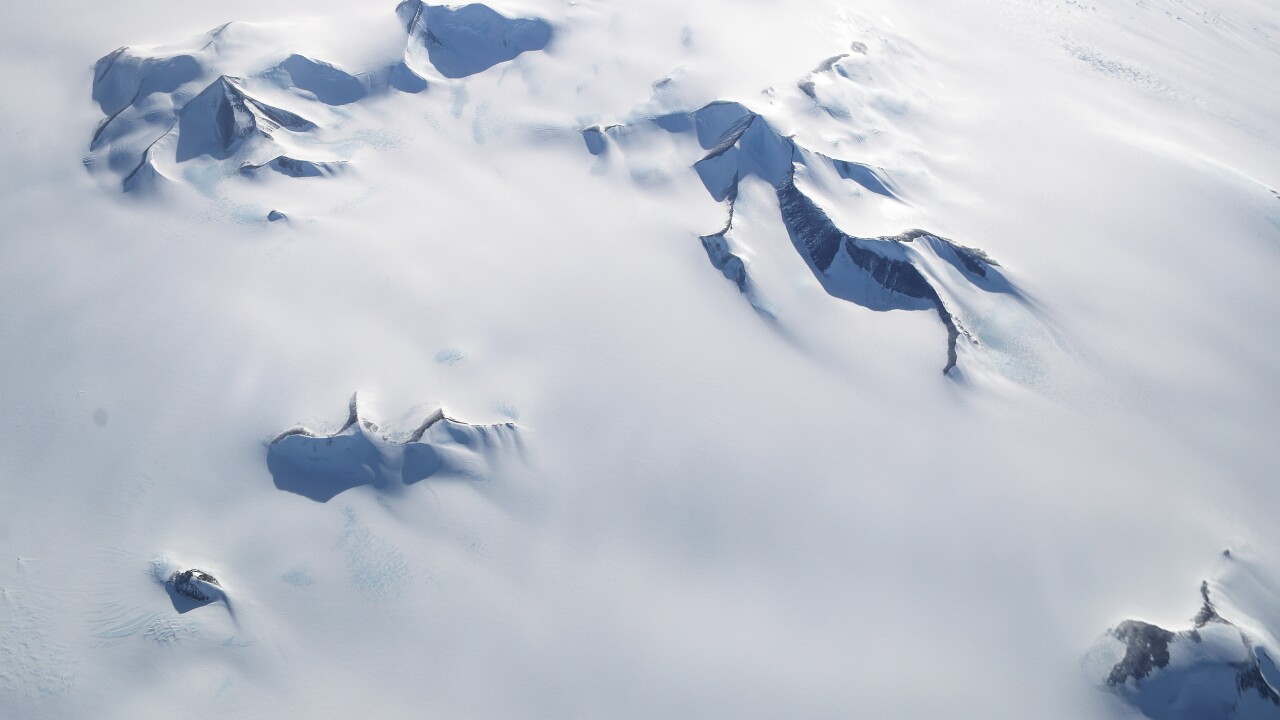 Antarctica's going to lose a big chunk of itself. Like a Big Apple-size chunk.

Cracking in a section of the Brunt Ice Shelf will break off a 660-square-mile section from the continent, NASA says .

That would create an iceberg more than twice the size of New York City (which measures about 302 square miles).

NASA didn't say exactly how soon this would happen, other than stating on its website that it was "poised" to happen.

The Brunt Ice Shelf juts out into the Weddell Sea south of South America. There are two cracks that will eventually lead to the break off.

One crack, called the Halloween crack, first appeared in October 2016 on the north section of the shelf and continues to move eastward.

The other crack, which gashes northward through the center of the shelf, was stable for more than three decades. Then it started suddenly accelerating at a rate of about 2.5 miles a year.

When the two cracks meet, the ice shelf will break.

Even though the iceberg this creates appears massive, it actually isn't by Antarctic standards. But it still will be significant.

"It may be the largest berg to break from the Brunt Ice Shelf since observations began in 1915," NASA said on its website. "Scientists are watching to see if the loss will trigger the shelf to further change and possibly become unstable or break up."

There are also worries about the safety of people who work on the ice shelf, including researchers at the British Antarctic Survey's Halley Station. It's a major base for Earth, atmospheric and space research.

NASA said the station usually operates year-round, but has closed down twice in recent years due to unpredictable changes in the ice.

This cracking of the ice, or calving, is a normal part of an ice shelf's life cycle, but these recent changes are unfamiliar to this area.

"We don't have a clear picture of what drives the shelf's periods of advance and retreat through calving," said NASA glaciologist Chris Shuman. "The likely future loss of the ice on the other side of the Halloween Crack suggests that more instability is possible, with associated risk to (Halley Station)."