It was a close call for this man in Australia. A shark — between 9 and 13 feet long — got dangerously close to a surfer. Luckily, a nearby drone operator was able to use his device's speaker system to warn the surfer and scare the shark away 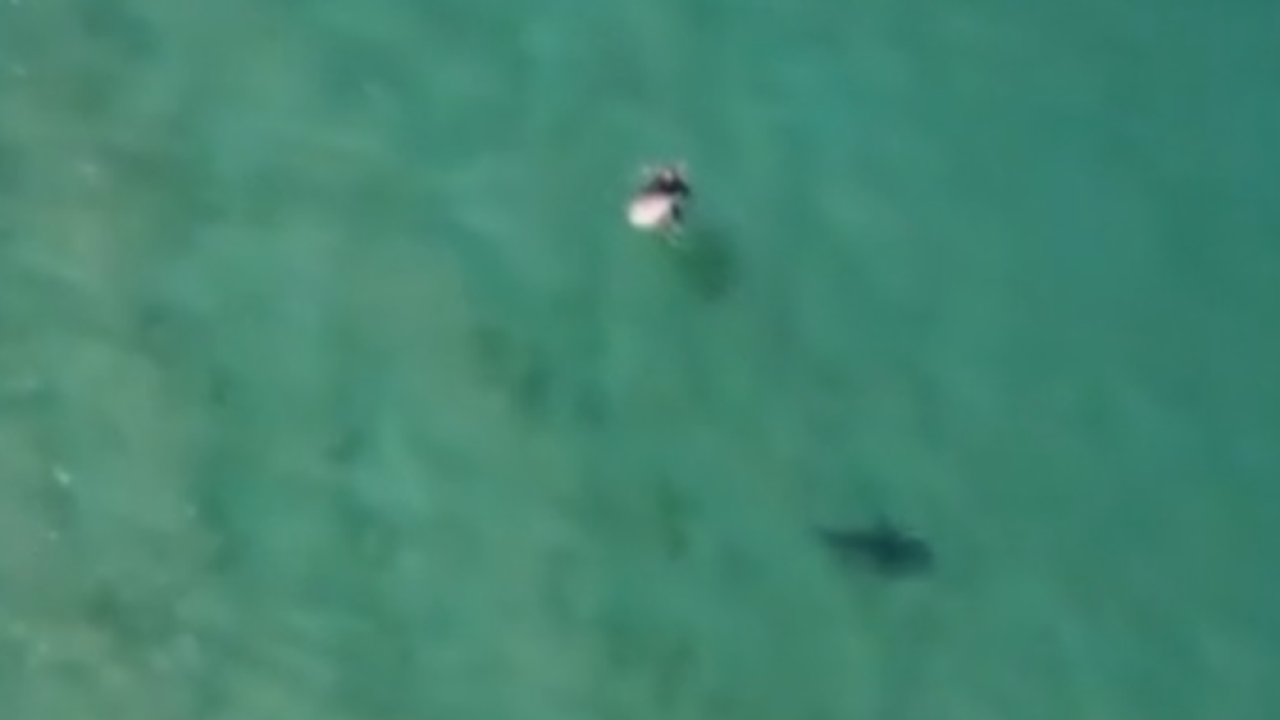 Drone footage emerged on Tuesday of a large shark swimming very near a surfer off Werri Beach in New South Wales, Australia.

The surfer is seen turning his board to make for the shore as the shark gets closer.

The surfer heard an alert message from the drone operator, blaring out "Shark! Shark! Shark! Evacuate the water immediately!"

According to The West Australian, the drone operator, Chris Joyce, said the dtrone's speaker system also scared the shark away.

Joyce, who was patrolling the area as part of a volunteer search and rescue service, estimated that the shark was between 9 and a half to 13 feet in length. It was either a Bronze Whaler or a young Great White.