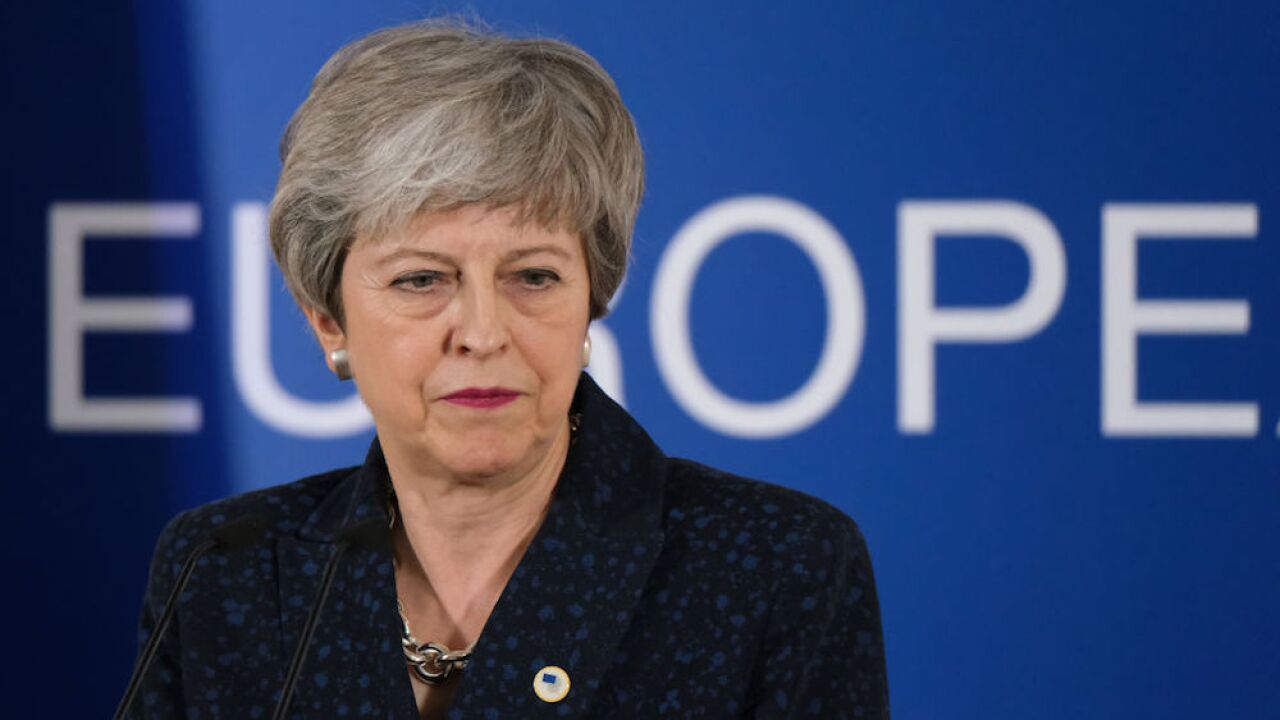 The European Union has agreed a delay to the tortuous Brexit process that avoids the UK crashing out without a deal and throws one last lifeline to the beleaguered British Prime Minister, Theresa May.

After hours of negotiations that stretched late into the night in Brussels, the EU rejected May's proposal for a Brexit delay and imposed their own, two-part timetable.

The revised deal was agreed after a tense summit at which May failed to convince EU leaders that she could persuade British lawmakers to pass her overall Withdrawal Agreement next week and therefore avoid a no-deal Brexit on March 29.

Under the EU's plan, if the House of Commons passes the divorce deal, Britain will leave the EU on May 22. But if May's ill-starred agreement is once again rejected, the UK will be get an unconditional Brexit delay until April 12 to bring new proposals for a way out of the impasse.

In that scenario, if the UK agreed to take part in European Parliament elections in May, the possibility would be open for a further extension of several months.

"What this means in practice is that until that date, all options will remain open and the cliff-edge will be delayed," European Council President Donald Tusk said. "The UK government is to have a choice of a deal, her deal, a long extension or revoking Article 50."

May, who had gone to Brussels seeking an extension until June 30, said she welcomed the council's decision. She said she would return to the UK Friday, where she would "make every effort to ensure that we are able to leave with a deal and move our country forward."

Earlier in the evening, the mood was tense, with EU leaders apparently spooked by another lackluster performance by May. One source said May was "very evasive -- no answers, no clarity, no way forward."

Following the agreement, the European Commission President Jean-Claude Juncker said the "atmosphere was good," noting that the EU's patience had been tested but had not run out.

"We are yet to see what the limits of our patience are," he said.

May will now have to persuade UK lawmakers to back her deal in Parliament, where she faces an uphill battle -- particularly after alienating many when she blamed them for the Brexit chaos in an uncompromising statement in Downing Street on Wednesday. Members of Parliament have already rejected the deal twice -- first by a record 230, and last week by 149.

Many officials are skeptical that May would be able to pass her deal a third time. But May insisted on Thusday night that she wanted her deal to pass.

After a much-criticized speech in Downing Street on Wednesday, when she blamed British lawmakers for the Brexit impasse, May struck a note of contrition, conceding that she had been frustrated. She held out an olive branch to politicians who she will need to persuade to back her deal.

"I know that MPs are frustrated too. They have difficult jobs to do. I hope we can all agree, we are now at the moment of decision."

Earlier, a UK Ministry of Defence spokesman told CNN it had put 3,500 troops on standby to "aid contingency plans" for a no-deal Brexit.

The contingency plans are part of Operation Redfold, the British military's crisis management operation in the event of a no deal. A spokesman also told CNN that Pindar, the UK's military bunker based under the Ministry of Defence, became "operational" on Monday as part of the operation.

Business leaders and workers' representatives are furious that May has taken the UK so close to the edge of no deal. Britain's Trades Union Congress and the Confederation of British Industry -- who represent 5.6 million workers and 190,000 businesses respectively -- released a joint open letter, urging May to change her approach and castigating her strategy so far.

"Our country is facing a national emergency," wrote the heads of the two organizations, Frances O'Grady and Carolyn Fairbairn. "Decisions of recent days have caused the risk of no deal to soar. Firms and communities across the UK are not ready for this outcome. The shock to our economy would be felt by generations to come."

"We cannot overstate the gravity of this crisis for firms and working people," they said.

The call went viral after May's speech on Wednesday night, with the vast majority of signatures coming in less than 24 hours. The traffic has caused Parliament's official petitions site to crash repeatedly on Thursday.

Between 80,000 and 100,000 people have been simultaneously viewing the petition, with nearly 2,000 signatures being completed every minute, the website said.

Petitions that get more than 100,000 signatures are considered for a parliamentary debate.

May said on Thursday that she had no intention of reversing the Brexit process.