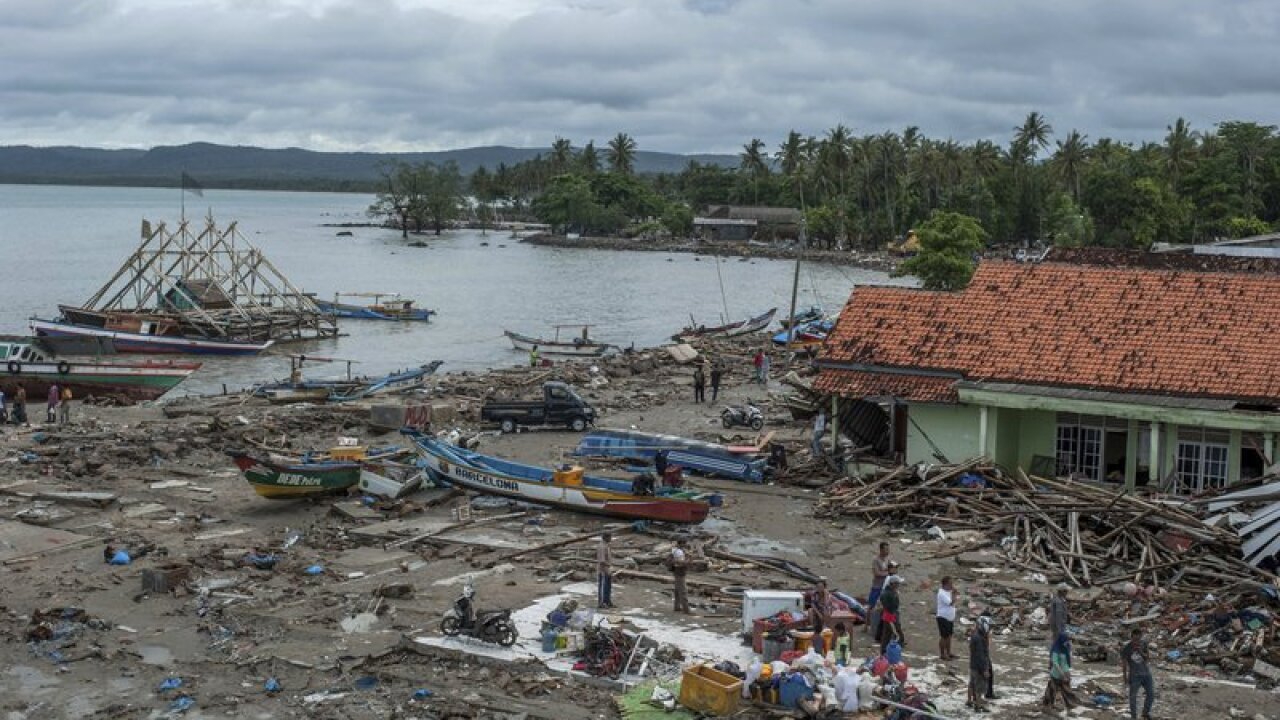 (AP Photo/Fauzy Chaniago)
People inspect the damage at a tsunami-ravaged village in Sumur, Indonesia, Monday, Dec. 24, 2018. Doctors worked to save injured victims while hundreds of military and volunteers scoured debris-strewn beaches in search of survivors Monday after a deadly tsunami gushed ashore without warning on Indonesian islands, killing more hundreds of people on a busy holiday weekend.

Disaster agency spokesman Sutopo Purwo Nugroho said Monday that 128 others were missing in the disaster, with 1,459 injured.