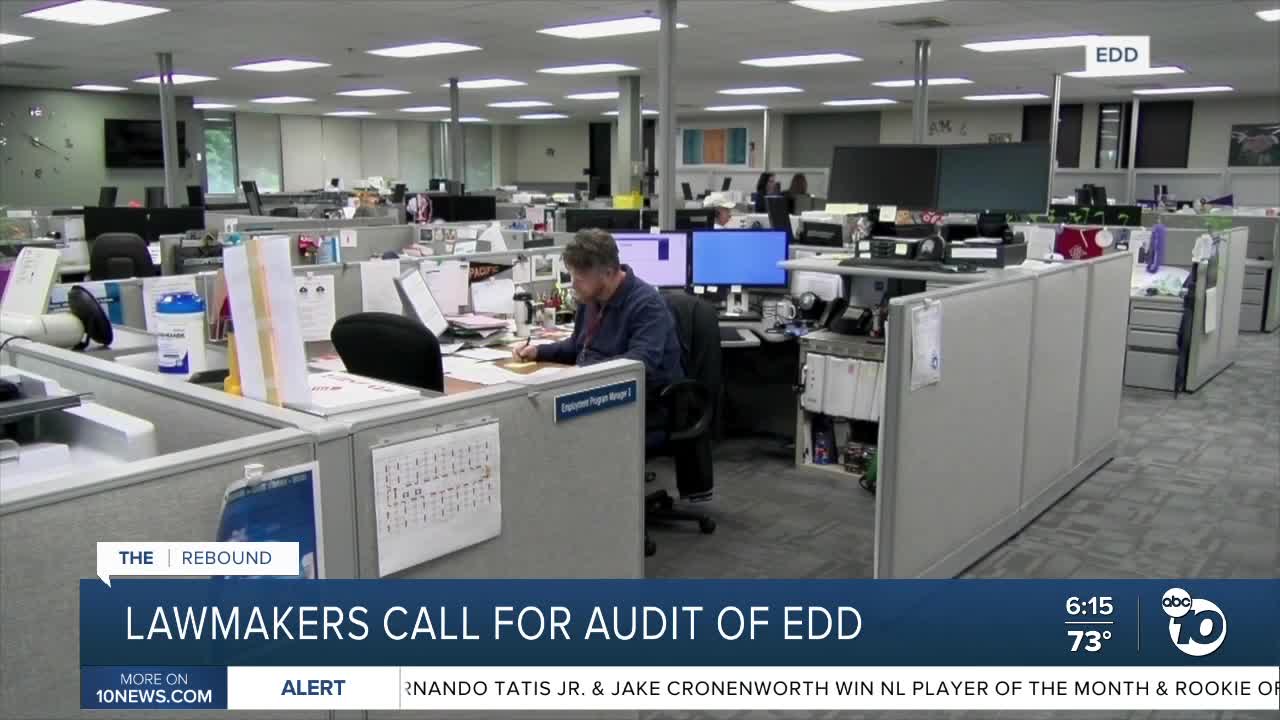 A group of California lawmakers is asking for an emergency audit of the state's Employment Development Department (EDD). 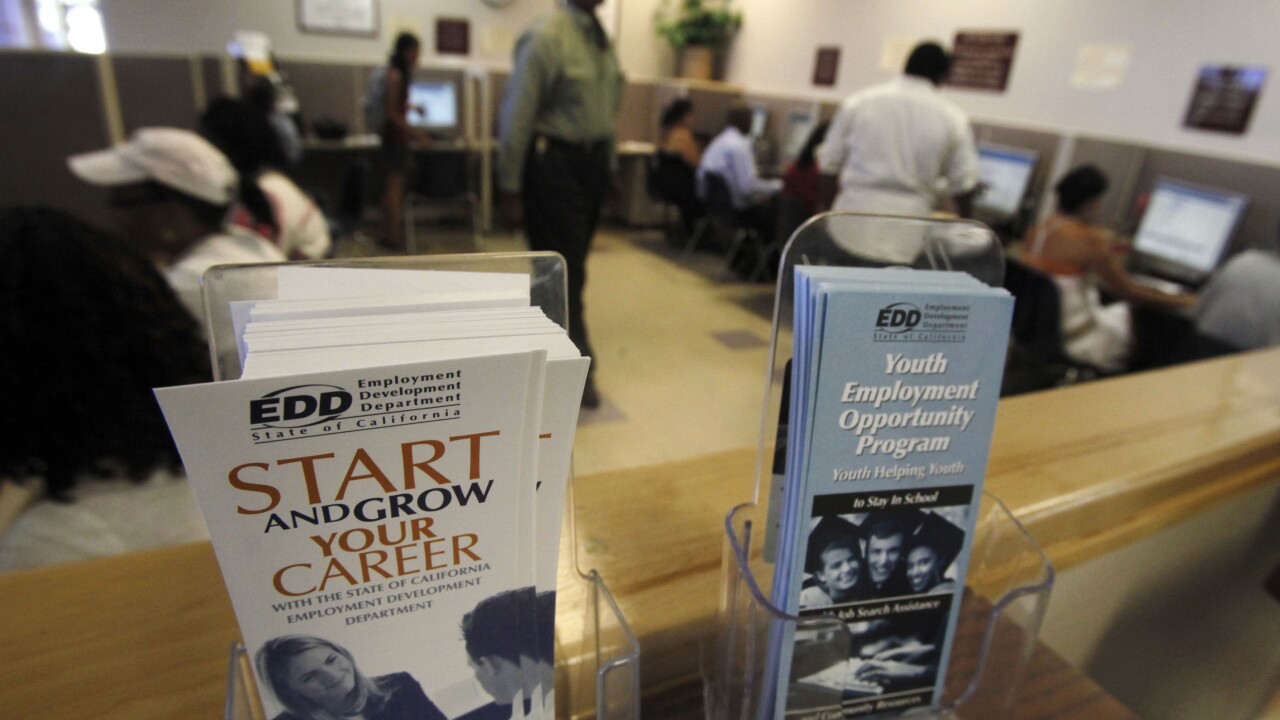 SAN DIEGO (KGTV) -- A group of California lawmakers is asking for an emergency audit of the state's Employment Development Department (EDD).

In a letter sent to the Joint Legislative Audit Committee, legislators claimed that EDD had failed Californians when it's needed most.

The letter said, "EDD reported that it has processed 9.3 million unemployment insurance claims and distributed about $55 billion in benefits. Yet some 1 to 1.2 million potentially eligible applicants, including those that filed in March, are still waiting on payments. EDD's actions or lack thereof have real consequences: people are depleting their life savings, going into debt, and are unable to pay rent and feed their families."

For months, Californians have complained to lawmakers and news outlets saying EDD was struggling to get them money. Many described calling the department hundreds of times a day trying to speak with someone about a filed claim.

Miller says she was receiving money from EDD, but after a few payments, something changed.

"They just flagged my account, and I've been trying to figure out why," she said. "I've been calling, and I completed the paperwork they sent me."

Miller said there's an issue with the effective date on her claim. She told reporter Adam Racusin she believes the dispute caused the money to stop.

"It's just so incredibly frustrating," Miller said. "I've tried so many avenues, and I just, I really feel helpless."

In the past six months, the Employment Development Department has taken a verbal beating from Californians and their lawmakers.

During a May hearing, lawmakers told the head of EDD they're hearing from constituents who are struggling in the application process, being denied with no explanation, and having difficulty getting in touch with anyone at the department.

"We've never heard the type of suffering that people are experiencing right now, not just in regard to the pandemic, but when they call your bureaucracy," Assemblymember David Chiu said at the time. "The feedback we're getting is atrocious."

Later that month, EDD said in a press release, "The Employment Development Department (EDD) will hire approximately 1,800 new temporary full-time and hourly staff over the next several weeks from throughout California to bolster the delivery of critical Unemployment Insurance (UI) services to workers impacted by the COVID-19 pandemic. The workers will be trained in skills including call center operations, processing UI claims, and analyzing documents from claimants and employers to make wage determinations for benefits."

EDD says that since March, the agency has redirected more than 600 staff from other units and 700 staff from other departments to assist the UI branch. The agency adds that it has been given approval to hire 5,500 new temporary employees, and that more than 5,200 employees have been approved for hire and more than 3,600 are in various stages of onboarding, training, and deployment.

The state agency said it could not comment specifically on Miller's claim.

"Due to the legal confidentiality of Unemployment Insurance (UI) claimant information, we cannot discuss any details related to an individual’s case. Media Services does not have access to specific claimant information, nor the authority to share an individual’s claims details. As individual claims issues are often unique to each claimant, they are best mitigated by the UI analysts who are working the individual cases. We have added Ms. Miller to a claimant referral list that has been sent to our Unemployment Insurance branch, which handles benefits claims processing," a spokesperson said.

In a press release on Aug. 27, the agency did say it has disbursed more than $71 billion in benefit payments since March.

The release stated, "EDD has processed over a total of 11.0 million claims for Unemployment Insurance (UI), Pandemic Unemployment Assistance (PUA), and benefit claims extensions over that timeframe. The average amount of benefits paid daily by EDD over last week ($724 million) was 967 percent higher than the daily average paid over the same week at the height of the Great Recession ($68 million) in 2010."

The group of lawmakers calling for an audit ask that EDD, "Assess the reasons for backlogged unemployment insurance claims (claims) and the effectiveness of EDD's efforts and timeframes for eliminating the backlog. Evaluate the effectiveness of EDD's actions to improve call center performance and response time. This includes EDD's hiring, onboarding, and training efforts to increase call center staffing levels. Determine the magnitude of EDD's claims workload, including the number and percentage of claims that were approved, denied, pending, and backlogged since the beginning of the pandemic. Assess EDD's call center capacity and determine trends in the volume of call received, the time it takes EDD to respond to callers, the percentage of callers connected to a representative, and the number of calls during which the caller was disconnected from the call."