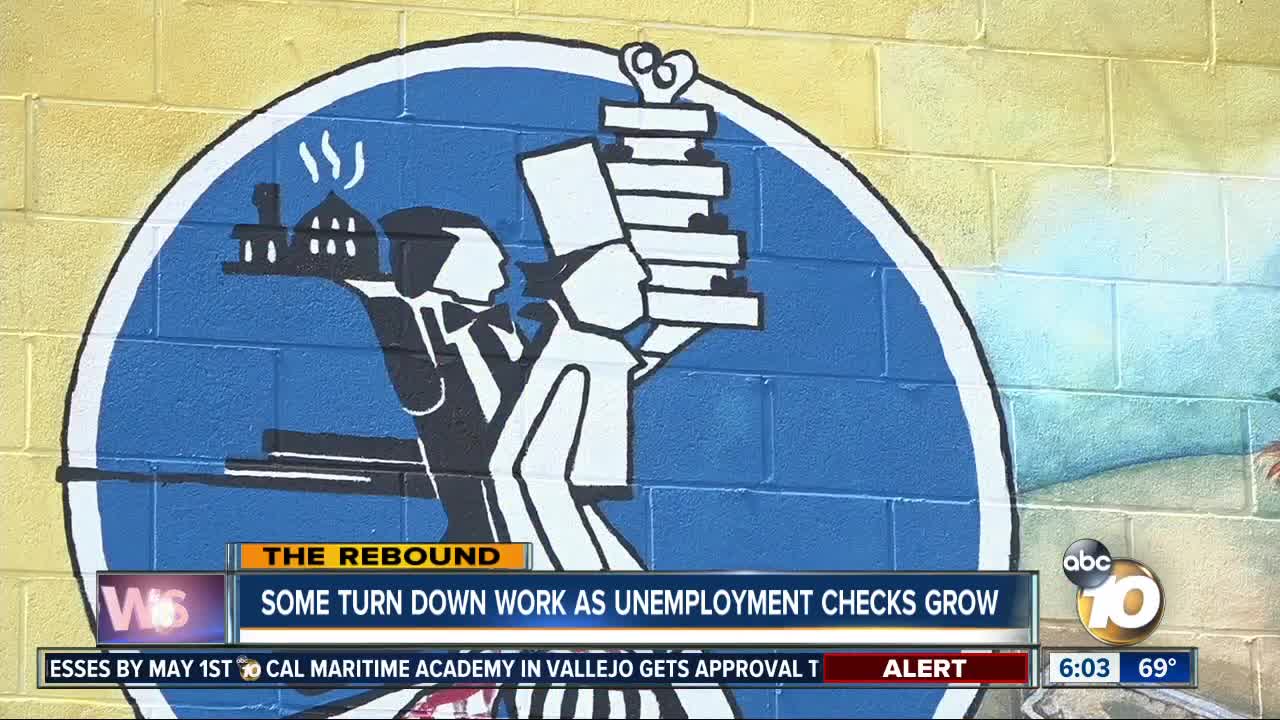 SAN DIEGO (KGTV) -- Workers in San Diego County are turning down jobs as they make more money on unemployment.

The phenomenon is happening because of the federal government's $600 per week bonus on top of payments from the state. Unemployment payments are also not subject to California income tax.

In all, the typical Californian on unemployment is earning a 40 percent raise over what they were making when they had a job.

Michel Malecot, owner of The French Gourmet in Pacific Beach, called ten of his employees back for work after he received a $472,000 Paycheck Protection Program loan. He said half of them declined, with a couple explaining the financial decision.

"They did verbally tell me, 'look, I just filed for unemployment, I'm getting so much a week and, you know I need it, and I don't want to work,' and I said okay," Malecot said.

The average unemployed Californian is receiving $933 dollars per week, which breaks down to $333 from the state, plus $600 in federal stimulus.

That same recipient was earning $666 per week when employed. In other words - staying on unemployment for now equates to a 40 percent raise. The federal stimulus bonus lasts four months.

Peter Callstrom, who heads the San Diego Workforce Partnership, said he has not run into anyone who doesn't want to work.

"It's about safety, it's about job quality, it's about where do they want to be, and if they don't feel safe going back, or if they feel that these extra funds right now are what they need to be able to rely on in order to get through, I respect that choice," Callstrom said.

The Partnership reports it has received layoff notices for more than 65,000 San Diego County workers, many of them in retail and tourism. Callstrom said, however, that the actual number of layoffs is likely much higher.

Malecot said he is able to handle the workload at the French Gourmet amid coronavirus restrictions, but is concerned with worker morale once the unemployment runs out and people need to find work.