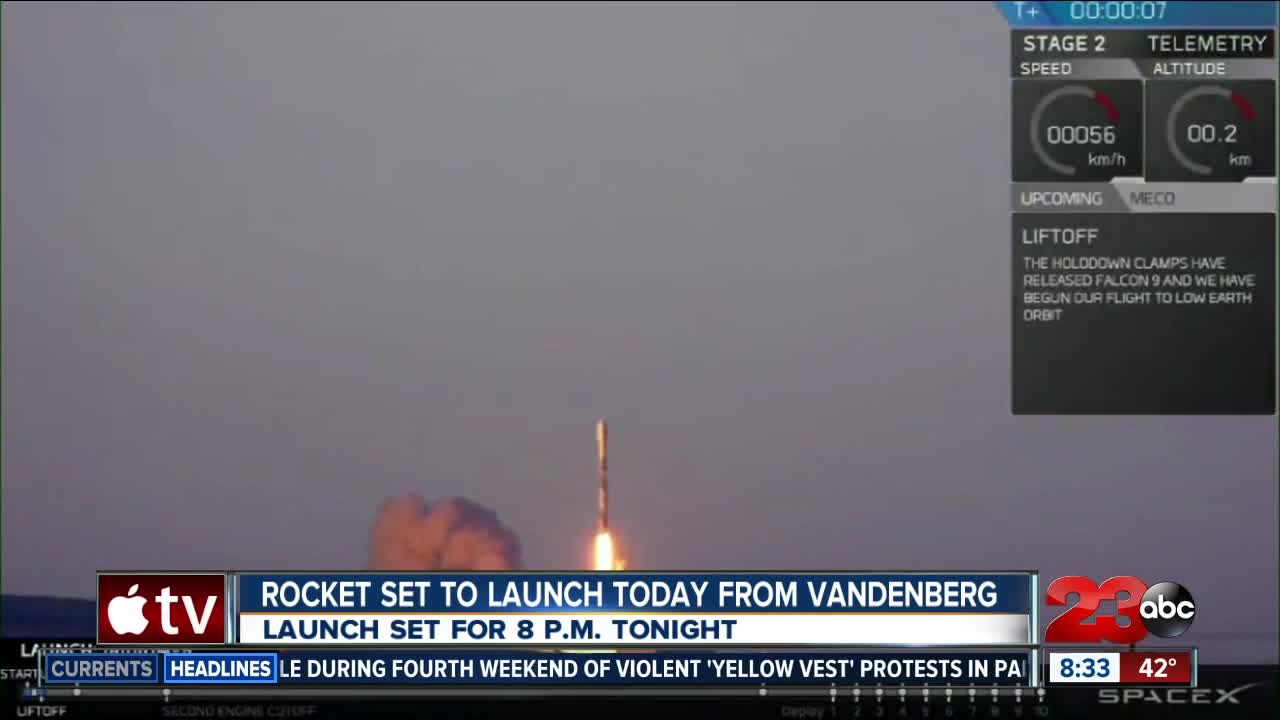 BAKERSFIELD, CA — The planned rocket launch from Vandenberg Air Force Base has been rescheduled.

The rocket carrying a government reconnaissance satellite was set to liftoff around 8:19 Friday night, but shortly after 5 p.m. the United Launch Alliance tweeted saying a, "24 hour countdown will be set to recycle and make an attempt tonight around 8 p.m.”

The United Launch Alliance says the cancellation was due to an "issue with a redundant communication link".

We scrubbed today due to an issue with a redundant communication link between the control center and launch site. Launch planned for 12/8, 8:06pm PST #NROL71 #DeltaIV