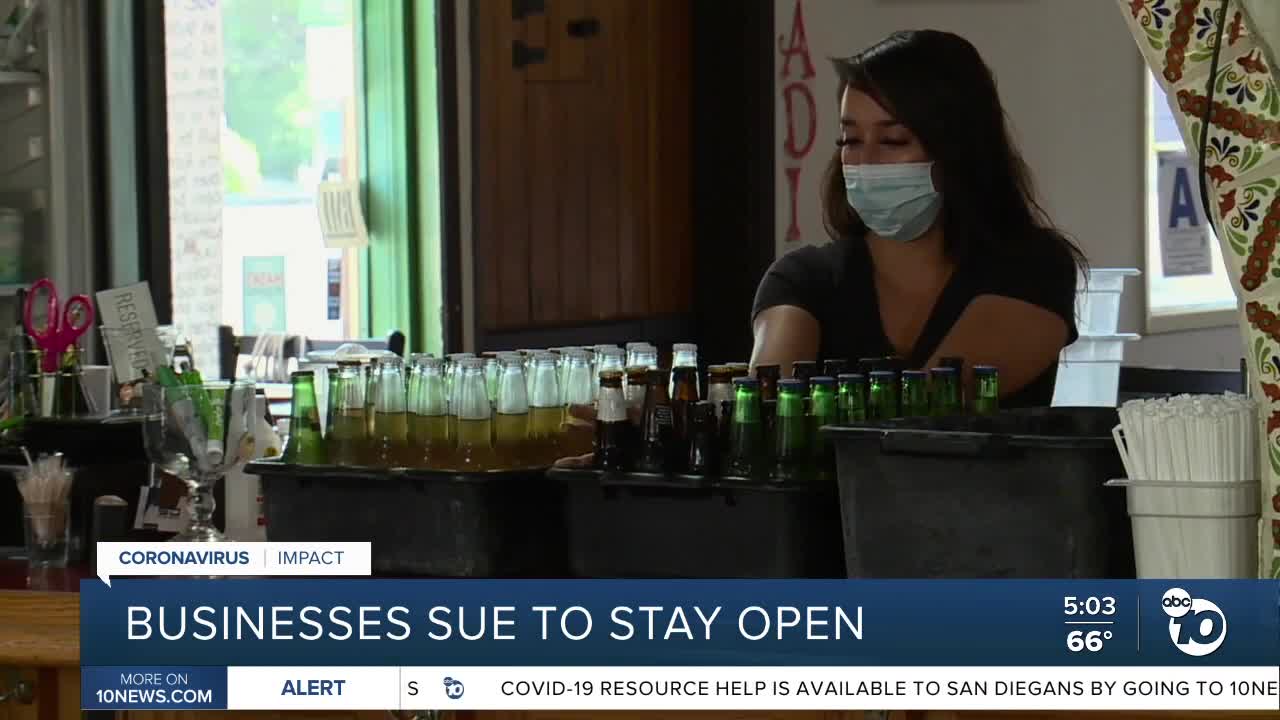 Several San Diego County businesses are suing the county and the state over reopening restrictions.

SAN DIEGO (KGTV) — With another round of coronavirus closures set to begin Saturday, several San Diego County businesses are fighting back legally.

Despite the change to California's most restrictive reopening tier, Pacers and Cheetah's adult entertainment clubs won't be shutting their doors. Last week, the businesses won a suit against the county and a judge granted a temporary restraining order allowing them to stay open.

An attorney representing Pacers told ABC 10News their argument centered around first amendment rights, and adult entertainment is a protected form of expression. It's unclear if that argument could apply to other businesses, but he added that there are other legal paths to challenging the closures.

Another suit has also been filed by a group of San Diego County gyms, but no decision has been made yet.

Gaspar added that the county has appealed to the state to avoid the tier change, asking them to take into account other factors, including where a majority of outbreaks are linked to and the county's hospitalization rate.

"At this point in time our hospitalizations for COVID-19 are at 6%, there's a lot of capacity left in our hospitals system," Gaspar said.

On the heels of the successful adult entertainment lawsuit, Gaspar says it stands to reason other businesses could do the same.

"You could make the case as a restaurant owner as a gym owner that our data does not support this decision to close down and closing down will create undue financial harm to these businesses it has already I think they have a strong compelling case," she said.

Although individual businesses are fighting back legally, Gaspar says at this point, it doesn't appear the county has plans to file suit against the state.

"So far there hasn't been anything that's come out of those closed sessions to suggest that the County of San Diego will proceed along that route," said Gaspar.