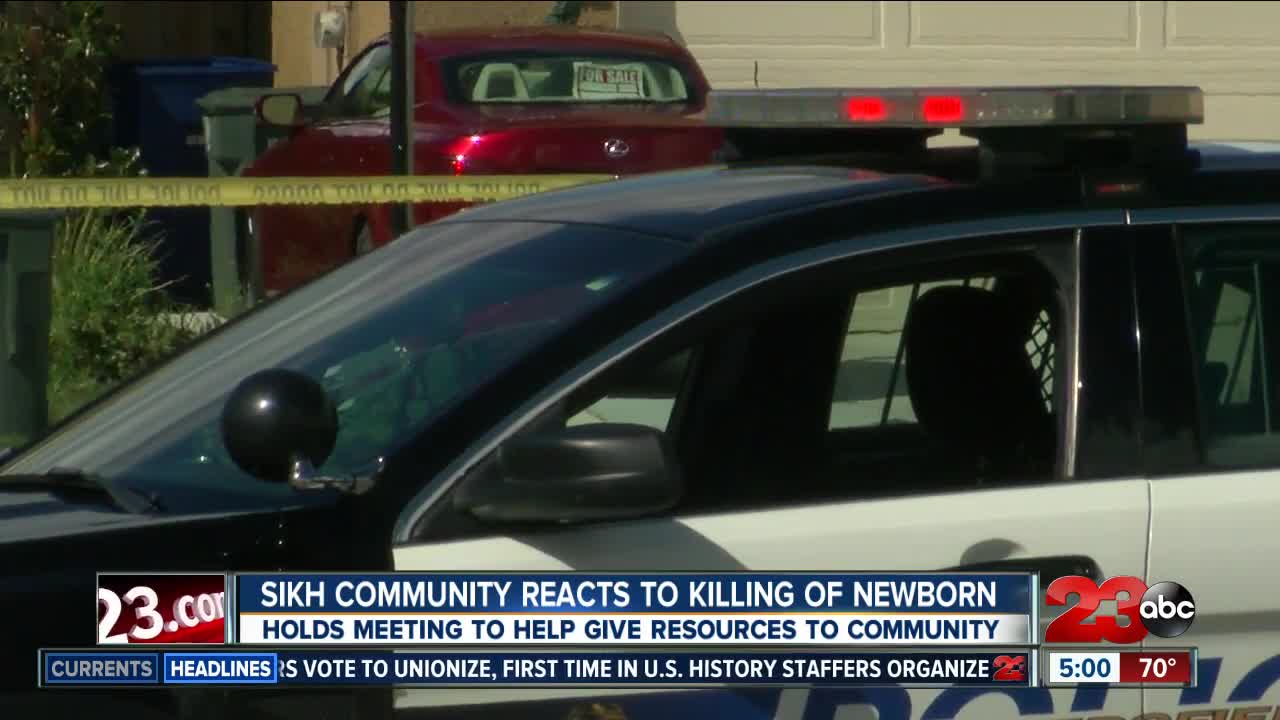 Two weeks ago, a baby was found buried in the backyard of a southwest Bakersfield home. The incident stirred up conversation within the Sikh community about how to prevent such a tragedy from happening in the future.

BAKERSFIELD, CA. — Two weeks ago, a baby was found buried in the backyard of a southwest Bakersfield home. The incident stirred up conversation within the Sikh community about how to prevent such a tragedy from happening in the future.

"Everybody is coming together, talking about what we can do," said Mandeep Singh, with the Sikh Riders of America.

Court documents reveal a teenager gave birth in her home back in November and her mother 43-year-old Beant Dhillion took the baby and drowned it to "prevent family."

Documents show the teen no idea the baby had died and thought it had been adopted.

Her husband, 47-year-old Jagsir Singh allegedly wrapped the baby in a plastic bag before handing it over to his nephew, Baksingerpal Singh Mann, to be buried.

Now, the Sikh community is finding ways to cope after tragedy.

Mandeep Singh is encouraging parents to be open with their children.

"I am pretty sure that there are families that have a communication gap that they are not able to talk to each other," said Singh.

However, he says it is not necessarily the Sikh culture that prevents that open dialogue from happening.

"That is a very broad statement to make that the Sikh community doesn't talk about teen pregnancy among their families."

But Singh said a meeting was held two weeks ago, where the community came together in response to what happened, hoping to give people resources and advice.

Parents, children, teachers, police and mental health experts were at the meeting -- where concerns and resources were discussed.

Singh says one of the biggest takeaways was that they talked about creating a hot-line for people in the Sikh community.

"Some people who want to talk to someone who can speak our language, which is Punjabi. I think that would be a good step," said Singh.