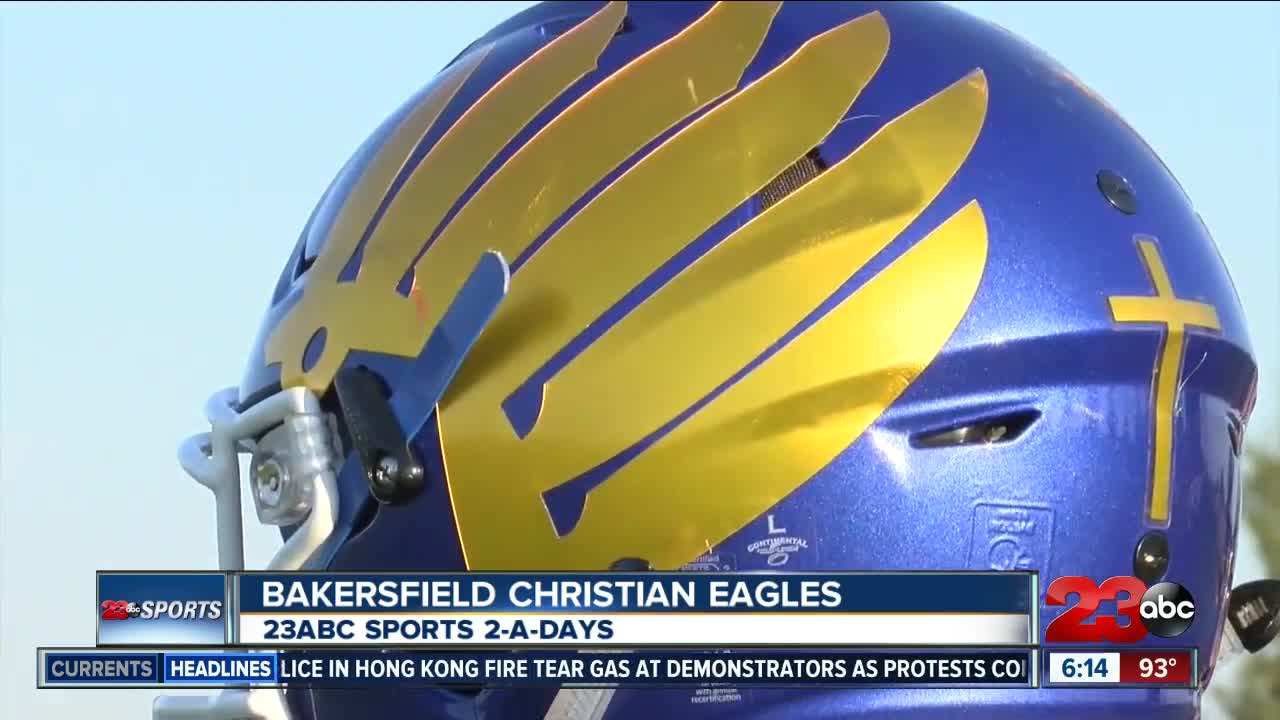 BAKERSFIELD, Calif. — The leader of the South Yosemite last season is looking to do the same in 2019, and that would be Bakersfield Christian.

Since Darren Carr has taken over at BCHS, the Eagles have been undefeated in league play. First, starting in the South Sequoia League then taking the top spot in the SYL in 2018.

Coach Carr enters a new season with the same goals as he builds deeper roots with BCHS, but of course with some major changes on the field. A factor Carr has become accustomed as a coach.

“The guys we had last year was our first four year, from freshman to senior class, they knew us. It’s just getting to know these guys a little bit more and hanging out with them more outside of football," Carr said. "And this group has been great. Our motto this year is ‘family is together’. And that kind of goes along and fits what these guys are: they work hard, they love football, they love hanging out. So, coming back with this team has been a lot of fun.”

We'll probably being seeing the Gamboni to Yurosek connection a lot on offense during the season. With Dominic Gamboni getting his shot to take over as the starting quarterback, and he'll have tight end Stanford commit Ben Yurosek as a go-to option.

Before Yurosek fully represents the Cardinal, he’s going to make the most of his experience as an Eagle from both sides of the ball.

“I’m leaving it all on the field this year. I feel like my last three years I’ve done the same, but especially this year, you know, you have to leave a legacy for the people below you, for the classes below you, to show them what it is to be an Eagle at Bakersfield Christian, so I’m trying to leave it all,” Yurosek said.

One thing Ben and his teammates have their sights set on is a Valley Championship, a title the program won under Coach Carr in 2016. That hunt for another begins August 23 in a rivalry game against Garces Memorial High School.