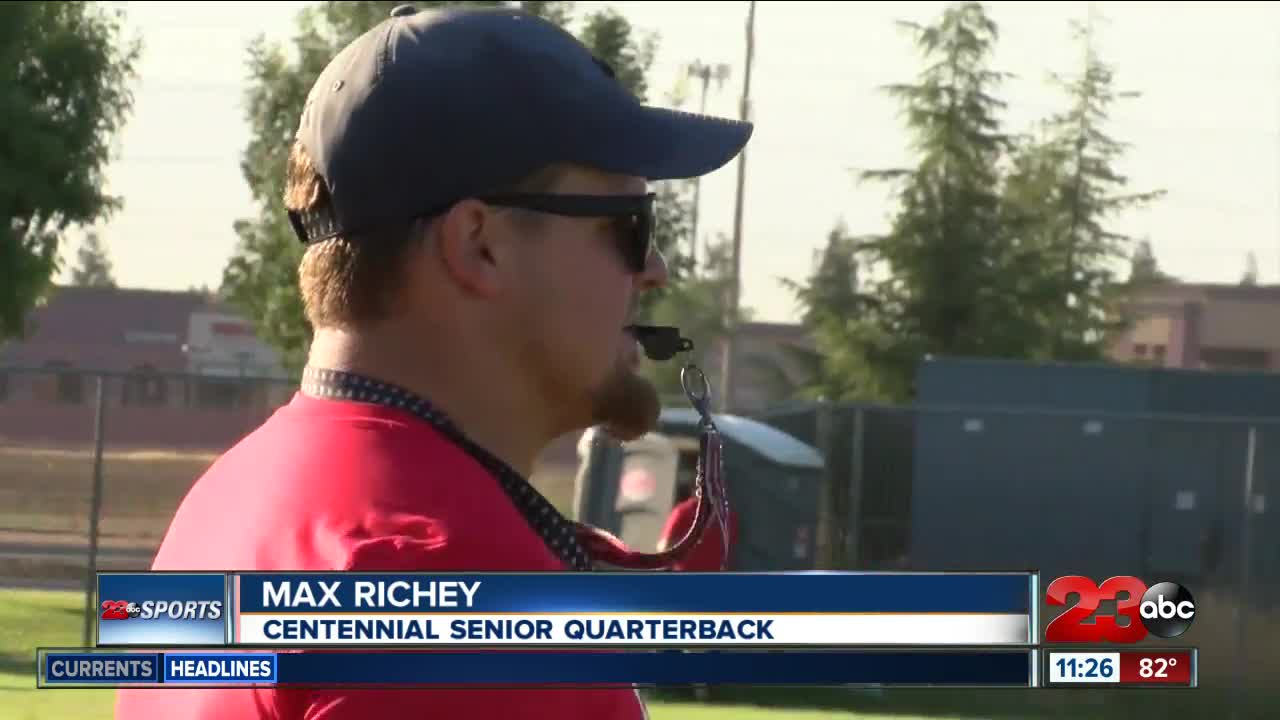 BAKERSFIELD, Calif. — The Centennial Golden Hawks are changing things up in 2019 with a new head coach by way of Texas, Richard Starrett.

Starrett is taking on his first head coaching gig, taking over for Chad Brown following a season where Centennial went 6-5 and made a playoff appearance.

The G-Hawks will also be without leading receiver D.J. Adams who transferred to Bakersfield, but for the players who are returning, they are 100% bought in to what this Texas coach is slinging.

“Our energy is way higher, we’re all engaged and that we’re not, even though it’s early in the morning, we’re not tired really, we’re already into because the coaches energy, we just feed off that," senior quarterback Max Richy said.

“Just a lot of attitude that he brought. People underestimate us, but that’s a big problem. We’re just ready to go out August 23 against north and play a good game," junior linebacker Jacob Navarro said.

You know Coach Starrett will be ready to go this Friday. That energy is evident at practice and there’s a different mindset surrounding the team as he tries to relate the team.

Just check Twitter, Centennial has been all about the #GoldenEra, a mantra Starrett came up with himself.

“You come in somewhere new and that is an advantage that I have. In this town, I am new, I am completely new, I get to run out here with an accent and so social media is huge with kids these days and so I just wanted to build something that’s a little different to give these guys an identity and it really doesn’t mean anything other than this is the new Centennial football squad and this is the way we do things," Starrett said. "It’s kind of just a hashtag we live by. It’s just do things we’re taught to do right now.”

That golden era officially begins at home against the Stars and I'm looking forward to seeing what this veteran offensive coordinator turned head coach brings to the G-Hawk offense this season.