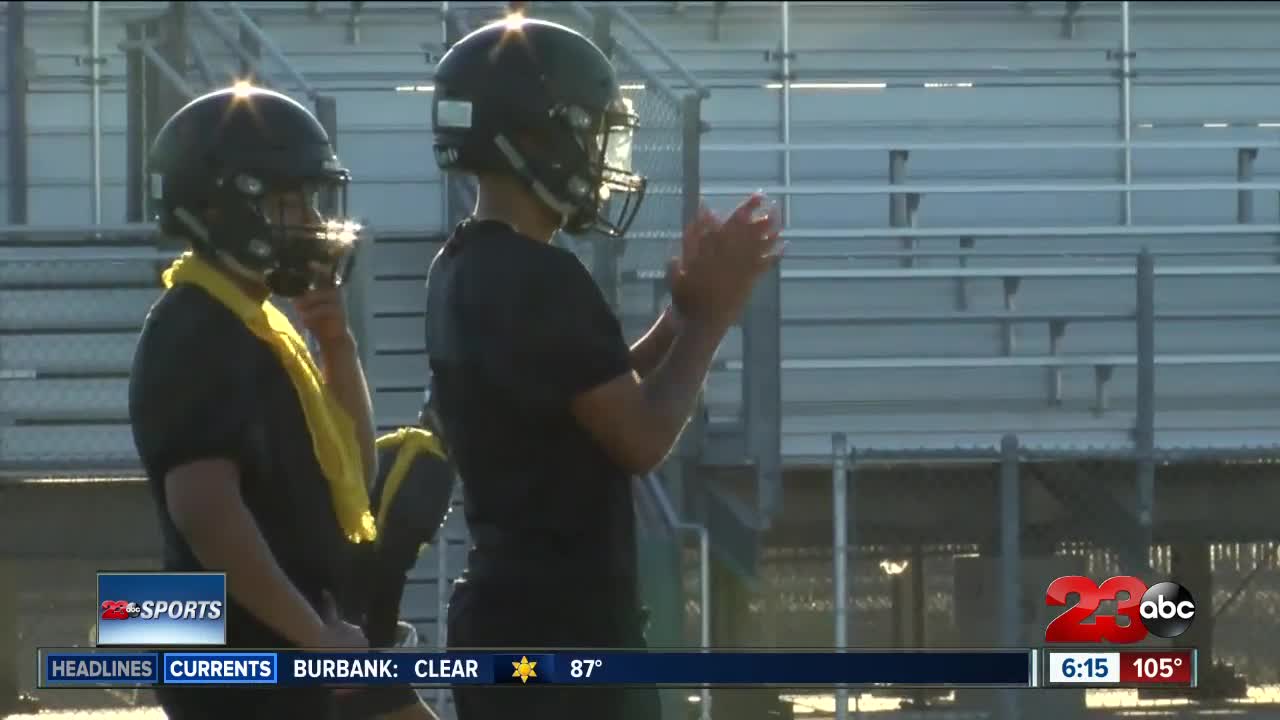 DELANO, Calif. — Cesar Chavez has a team loaded with talent, but last season they didn’t have the record to show for it. After finishing just 3-8 overall, head coach Jesse Ortega is putting the pressure on his coaching staff to set it up.

““This year it’s about coaching,” he said. “It’s not so much that we don’t have players, it’s more about coaching. Ya know, getting the kids ready, game time preparation, game time adjustments, those are the things it’s going to come down on.”

Cameron Huerta, the Titans Junior quarterback, is one of the playmakers Ortega is leaning on. Huerta threw for over 700 yards in his sophomore season and has big plans for his junior year.

“I just want to convert every single down<” Huerta said. “Get to the endzone every single drive. Just to make it simple, I don’t want to get stopped. I want to just powerhouse all the way through.”

The Titans will return most of their starters for this season and added three coaches to the staff to prepare for 2019. They’ll kick off against Delano in week one.