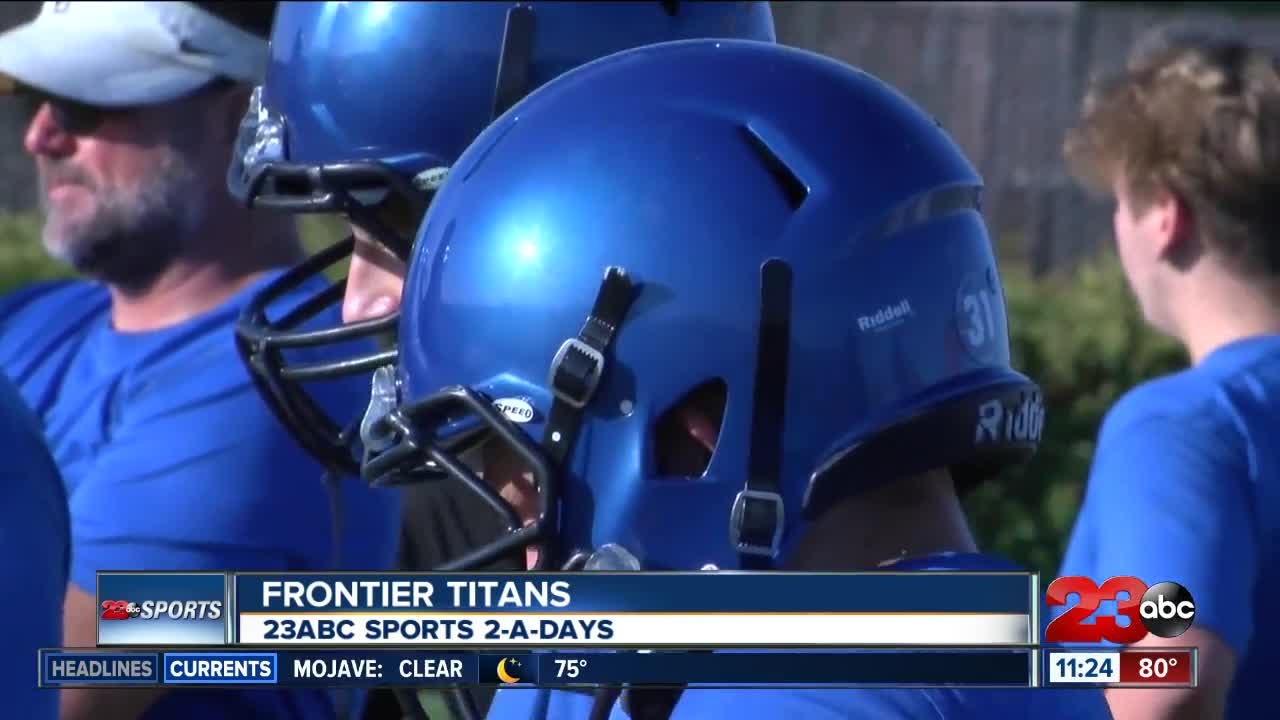 BAKERSFIELD, Calif. — The Titans know just how tough their league is, as they were unable to come away with a win against Southwest Yosemite League opponents in 2018.

And with some shake ups in the SWYL this season, Frontier has a chance to make some moves especially with the return of the big guys up front.

Head Coach Chris Bandy believes the Titans are coming out tougher in 2019.

“We got a lot of those guys coming back in those positions which we’re excited about and just being more physical and kind of being a little bit nasty up front and getting after people," Chris Bandy said. "We want kids that are all in, all in about each other and not themselves and all in about the team, and I think that’s what we’re creating here is guys that are unselfish and care about each other and care about the team and that’s what we’re doing.”

Better relationships could mean a longer season, too.

Last year, the Titans made it to the quarter finals in the Division2 Sectionals after the team’s first playoff win since 2009.

Now, these players look to buy into their third year head coaches mantra and push their effort this season.

“I’m really excited because I think we do some big things this year. We’re always working hard and no matter we’re always a team, we always lift each other up and we’ve been practicing really hard this offseason," senior HB/WR/OLB Jayden Smith said.

“We’re a lot stronger than we were last year and we were lacking a lot of team leadership last year, so I think that’s another thing that we have since this season class, we’ve been together this entire time, so I feel really good about going into this year," senior Frontier Senior RB/LB Eric Miranda said.

These Titans sound all in on the season. And they open up August 23 on the road against St. Bonaventure.