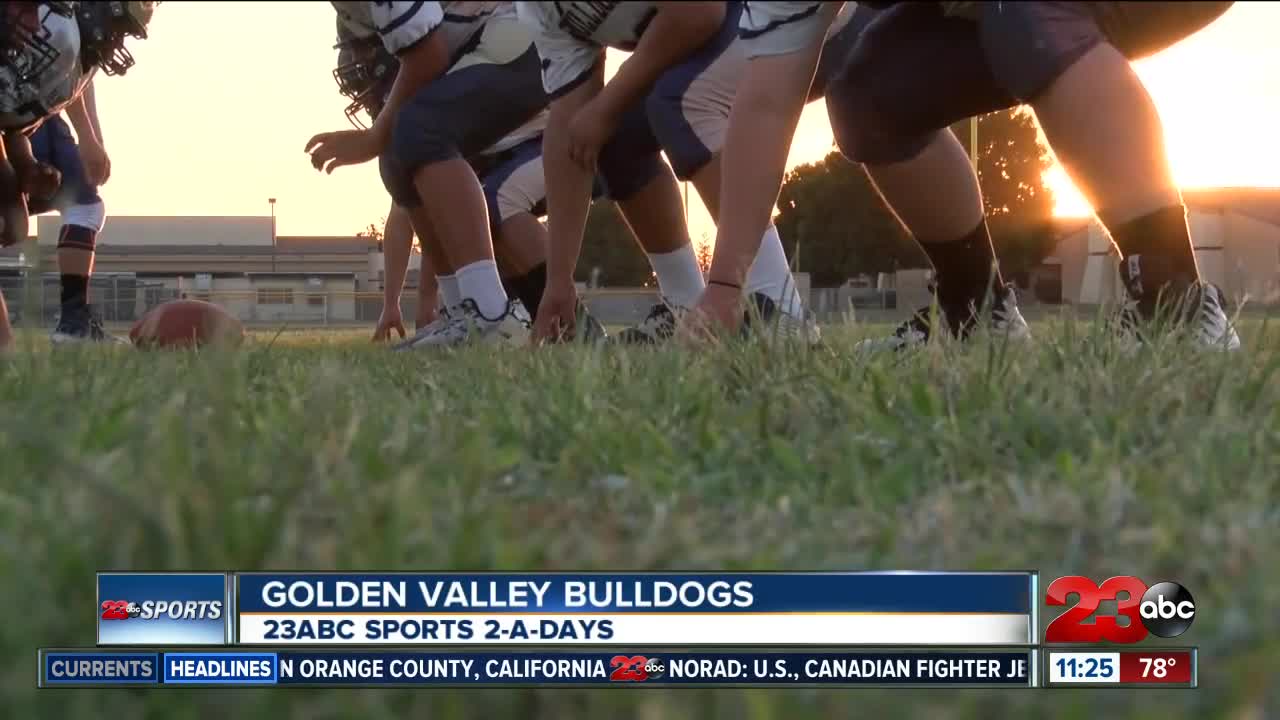 BAKERSFIELD, Calif. — The other team in the South Yosemite League boasting a new head coach is Golden Valley. Not only is James Cain a fresh face for the Bulldogs, but he's also taking over his first head coaching gig.

Following a stint on the coaching staff at East Bakersfield, Cain is eager to start his head coaching career with a team that's hungry for some wins in 2019.

Golden Valley ended their season a year ago 0-10, meaning Coach Cain has a lot of work ahead of him this season.

But, he's not focused on the past as he looks at this opportunity as a fresh start for himself and his bulldogs, especially when people questioned his move.

“And, I'm not going to say it will guarantee a bunch of wins, but I can guarantee it's going to put a better product out there and the kids will feel better about playing for the program."

The energy that Cain has brought to the practice field has already been picked up by the players.Who are following their new coaches method of ignoring all naysayers and proving that Golden Valley has already improved in the new year.

“He’s not letting nothing slide. Hard work, you gotta really grind for what your going to get if you want to be successful, I got to grind,” junior running back Simeon Trimble said.

“I can speak for everybody when i say that like i feel that we're all being doubted and looked at wrong and we're doing our best to just come back and do better than last season,” senior linebacker and offensive lineman Brian Aquino said.

The new dawn for the Bulldogs officially kicks off against Cain's former team, the East Blades, on home turf on August 23.