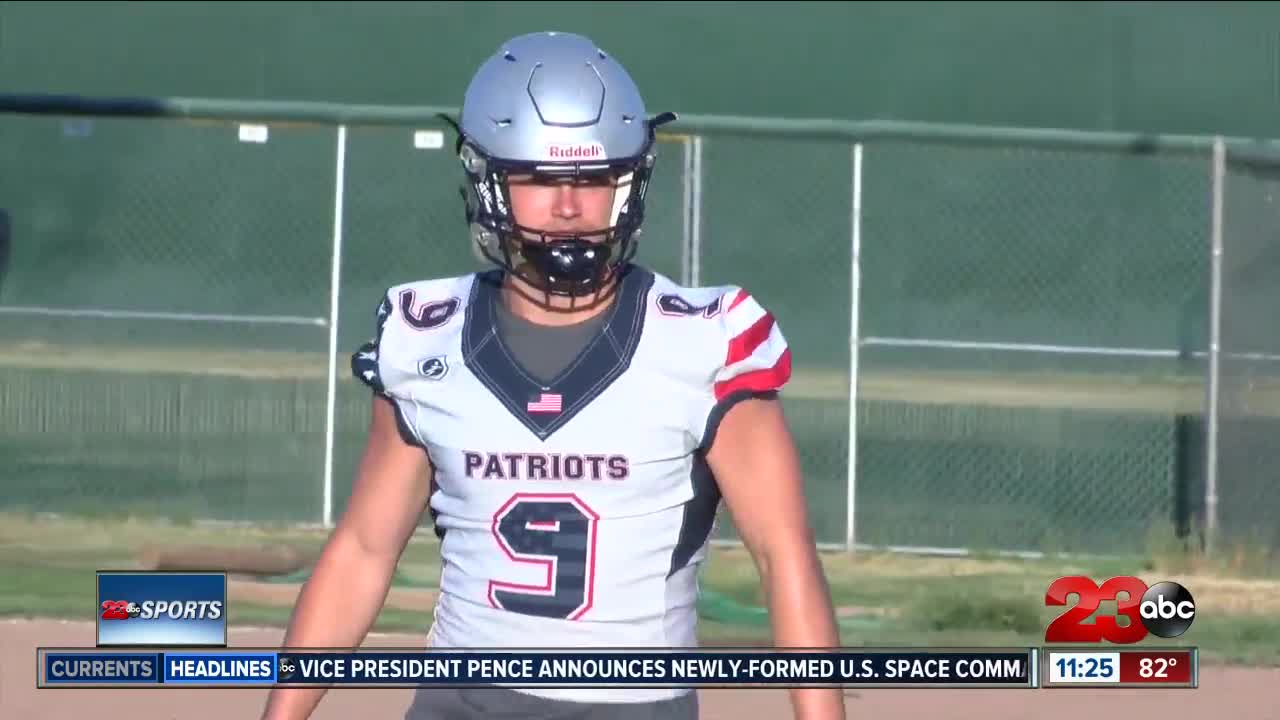 BAKERSFIELD, Calif. — The Liberty Patriots have claimed the Southwest Yosemite League two years running, following a season where they went undefeated in league play grabbing the SWYL title in a tight matchup against Bakersfield High School.

They followed up with a strong postseason run where they sought redemption on Buchanan landing them a spot in the Valley Championship, although falling to Central.

Now without two-way star Sam Stewart Jr., the Patriots still have the same plans on their mind, get to the championship and bring home a title.

“I think it’s always motivation because it’s always you’re goal, right? Your goal is always to win a valley title and get to play late in December," Liberty Head Coach Bryan Nixon said. "So everyone talks about it but I think the thing that’s big for us, do we act on it.”

“I know how it’s tastes. No one likes to lose so hopefully we come out very eager to play and win and win every game and go and win that valley and state," senior receiver Ramon Henderson said.

One win shy of that state run, now they’ll have a different leader of the offense as Haden Mann will step into the starting role at quarterback as a junior.

Known as a quiet leader who leads by example, Mann will still have some talent surrounding him as the patriots will look to be a faster, more versatile team in 2019. One of those top targets believes in his quarterback.

“Has to step in and be a real big leader. Has to do a lot of different things that he wasn’t use to last year and just ready for him to have a good season that I know he’s going to have," Henderson said.

“Definitely have some weapons on the outside, everybody knows about Ramon. We got a bunch of young guys coming up that are going to fill those senior spots but I think we’ll be right there with our team like we were last year," Mann said.

The respect is mutual with the Patriots and Liberty kicks off their season on the road at Paso Robles on August 23.