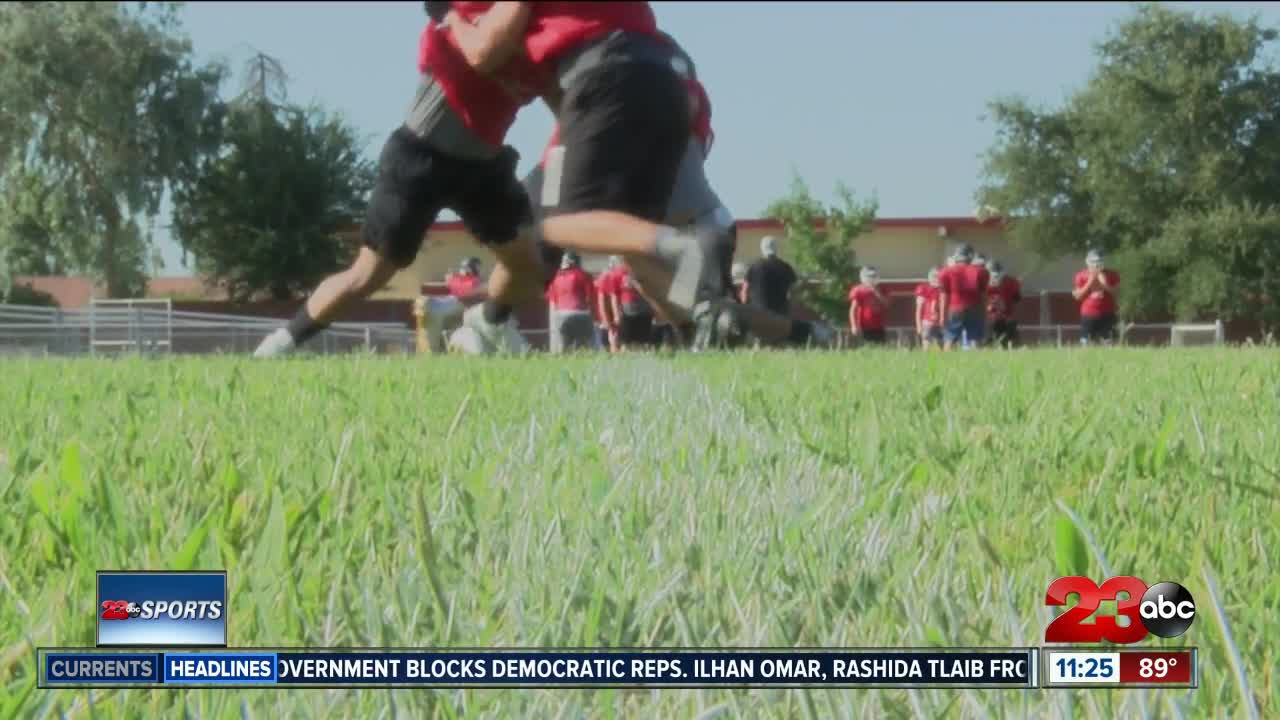 MCFARLAND, Calif. — McFarland High School comes into 2019 after having a historic 2018 that included hosting their first ever playoff game.

Coach Casey Quinn doubled the programs size with new kids and plenty of coaching additions. He believes that his team is more athletic than before, thanks in part to his players playing multiple sports.

McFarland will face tough league play in the South Sequoia but Quinn thinks a drastic on-field improvement can help them notch a winning season.

“What looks different is our speed," he said. "Much much faster than we were last year, our discipline is better, the execution is better because we have discipline and we’re faster. And then we have experienced football players.”

If all goes right for Quinn and the Cougars, 2019 could be the year they win their first home playoff game.