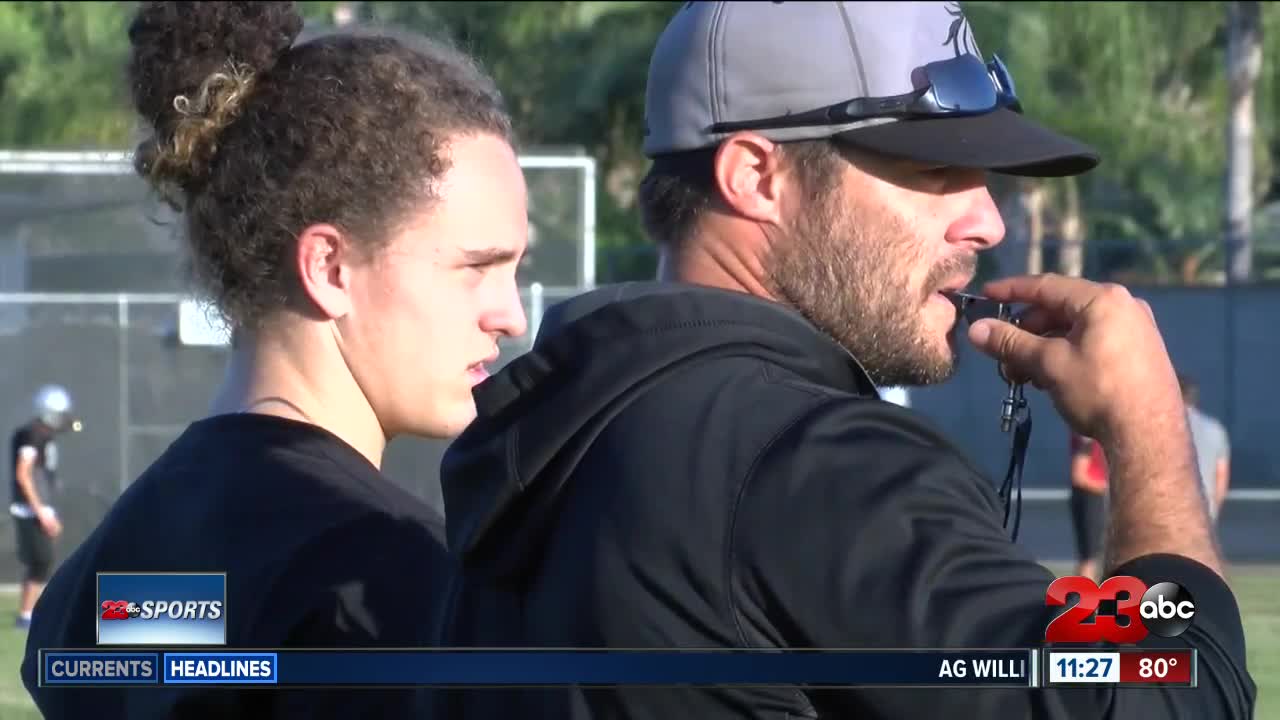 BAKERSFIELD, Calif. — The Stockdale Mustangs had a bounce back year in 2018 going 7-6 and winning the program’s first playoff game since 2010.

Much of that success had to do with a surprise dual threat quarterback in junior Evan Burkhart.

During the offseason, Stockdale lost Burkhart to an ACL injury that will keep him sidelined for his senior year. And the team realizes they won’t just be missing his production on the field.

“It’s a hard spot to fill because Evan set the bar so high, but I feel like we have the potential on this team to fill his spot," senior linebacker Michael Gabaldon said.

“His leadership is incredible, the positive atmosphere that he still brings, for these guys to see him taking adversity and stride and just getting stronger. I mean, these guys don’t take things for granted anymore. He’s a special kid,” Head Coach Brett Shelton said.

Coach Shelton knows the advantage the team has with Burkhart coaching up from the sidelines in 2019 which he’s already been doing in preseason.

And, Stockdale's coach of six years knows the teams boasts other special talents that will now have their chance to shine.

Jack Kaiser will look to immediately replace Burkhart at quarterback, taking the one reps in practice and Stockdale will still look to do damage in the run game with a three back set.

But, now all the players have a different mindset, knowing it’s going to take the whole team to replace all that’s left the field from last season.

“I think we are going to be a lot more aggressive this year than last year, we’re just going to be a lot faster than people are expecting. A lot of people are already doubting us because of that big loss with Evan but I think we will be able to bounce back and show people what we have," senior lineman Tucker Arias said.

“It was a huge maturity factor for us and now you can’t mess around, now these reps matter mean something," Shelton said. "You just cant rely on Evan Burkhart to finish a game. It is now a full-on team effort , which it always was a team effort, but now they understand, I got to do my job [correctly]."

Stockdale gets their fresh start on August 23 with a home game versus Ridgeview.