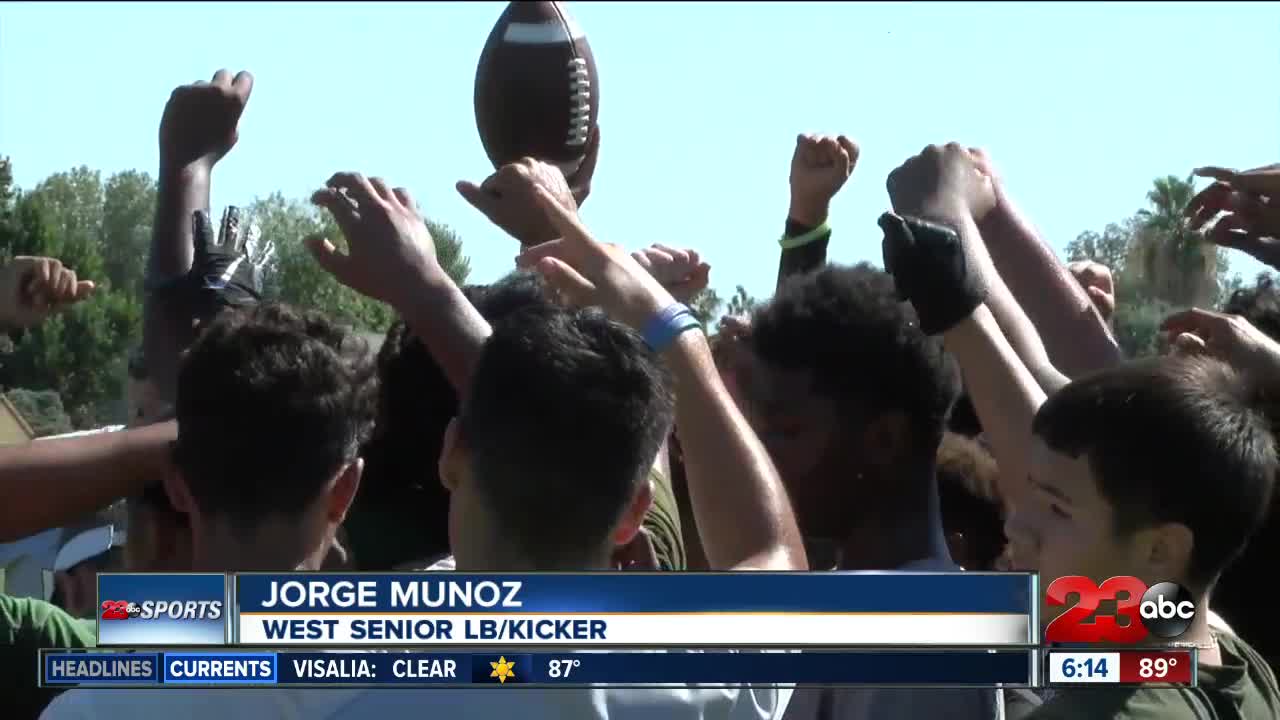 BAKERSFIELD, Calif. — The West High Vikings were a team that overcame some odds last season to finish fourth in the South Yosemite League with an even 6-6 overall record.

Head Coach Derrick Dunham returns for his 22nd year of coaching football and he was just as excited to get back on the grass with his team as the Vikings look to improve in a tough SYL.

For a team full of mostly younger guys this upcoming season, the players are already working on that chemistry in the off season.

“Just become a family. More closer. More teamwork. More effort and pride all coming out to the field,” senior kicker and linebacker Jorge Munoz said. “But in the end, I feel that we always come together no matter what, we always got each others back.”

The Vikings had to come together last season when they lost their most prolific offensive weapon due to an ACL injury, junior running back Leauauna T. Laulu Jr. L.J. put up over 500 yards and seven touchdowns in just three games before being sidelined.

He is eager to return to the field for his senior year and join his Vikings as he and the other few seniors on the team recognize the role they have to play to bring the team together.

“It’s been a long and slow process trying to get healthy again and get back out here, i’m ready to get back and just start working hard. I miss being out there on the field with my brothers,” Laulu said. “I just want us to do the best we can, we have a little bit less people than we’ve had in previous years so everybody just has to be out there working 110%.”

“We are going to rely a lot on our season leadership. [We] graduated 28 seniors last year so we are going to be a really young group this year but the seniors that we got, we’re going to lean on a lot,” Dunham said.

The Vikings kick off their season on the road at Mission Oak on August 23.