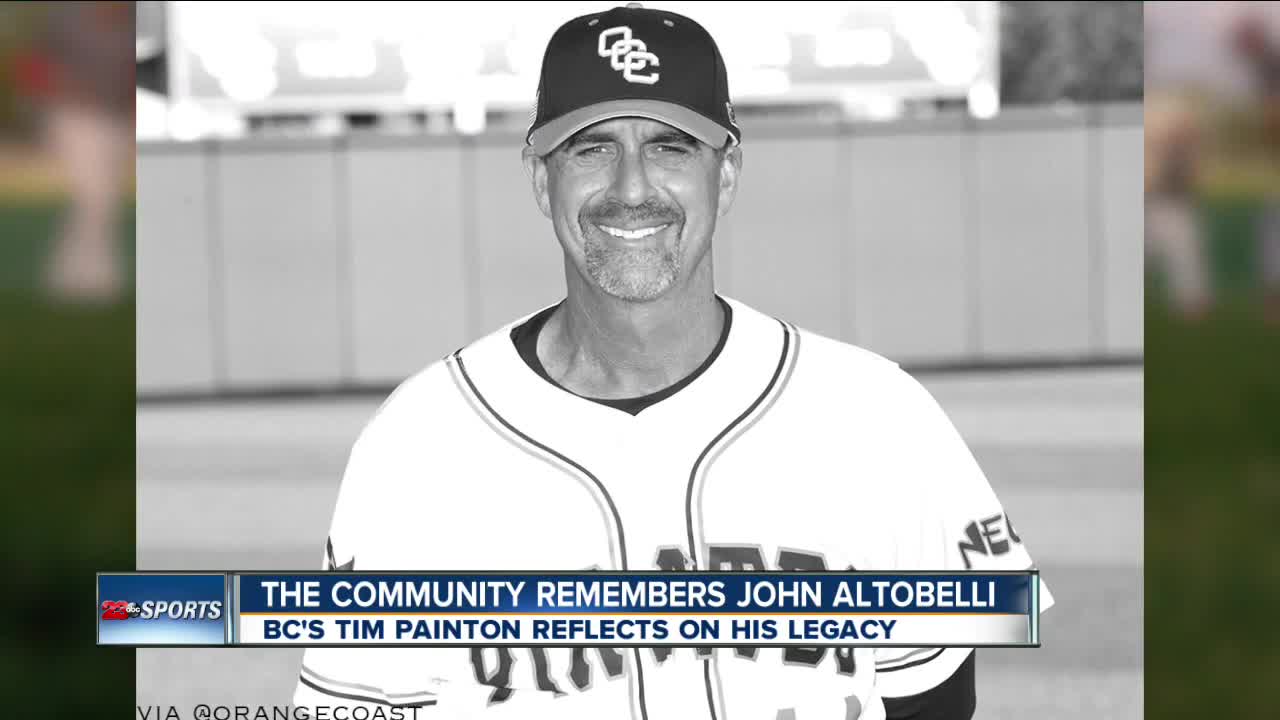 Among those who were killed in Sunday's helicopter crash in Calabasas was longtime Orange Coast College baseball coach John Altobelli. He, his wife Keri and their daughter Alyssa were among the nine who lost their lives.

And their loss was felt in Kern County as Bakersfield College baseball coach Tim Painton talked about his 30-year relationship with Altobelli.

"We finished about 5'oclock yesterday and Sandi Taylor our athletic director walked onto on our field and told me that John Altobelli and his wife and daughter were involved so it took a different turn for me," said Painton. "I knew John for 30 years and... give me a second."

"Obviously it's all over the news. It's all over online. It's just a tragic day. We lost a basketball icon, we lost a coaching icon as well."