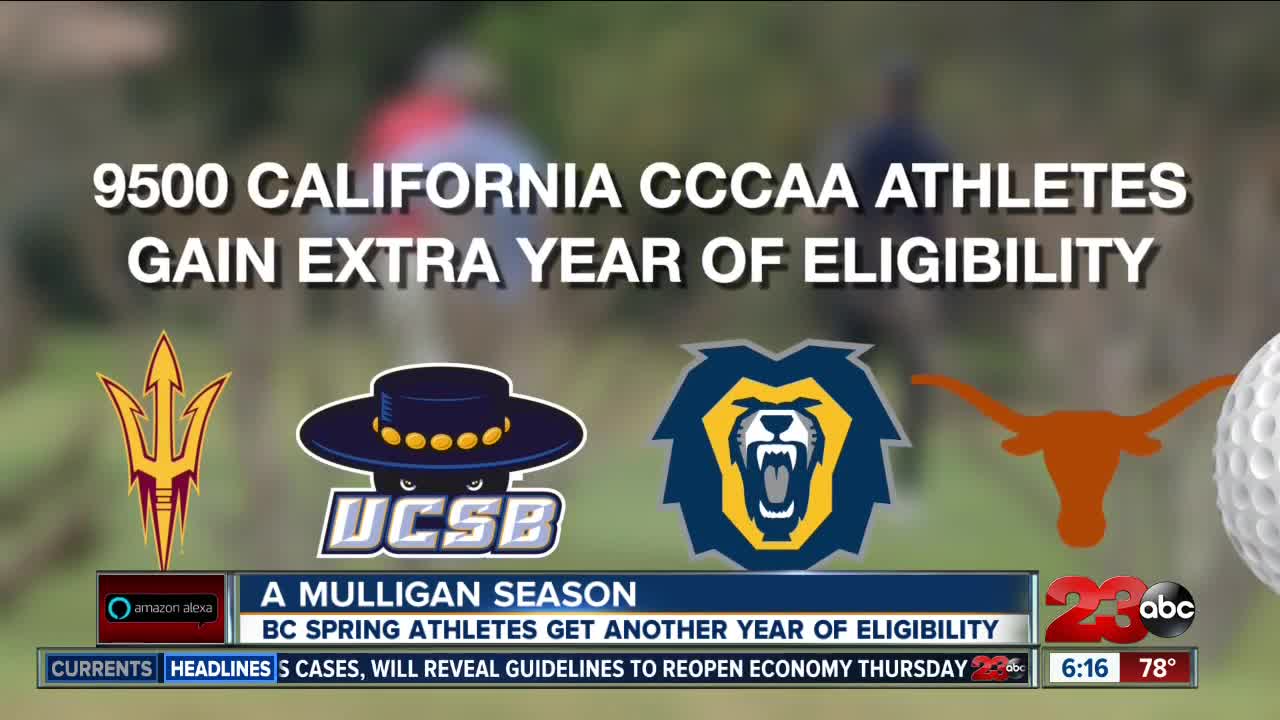 BAKERSFIELD, Calif. — You could call it a mulligan season of sorts. Spring sport athletes at junior and community colleges across California have been granted an extra year of eligibility, per the California Community College Athletic Association.

This directly affects Bakersfield College student-athletes, including golfer Blake Keesey. The sophomore had planned on transferring to a university to continue his golf career before the coronavirus struck.

“I kind of went through the stages of grief there, in the beginning, I mean I was upset," Keesey said.

Now that he is allowed to stick around for another year, he's going to do just that. He will get another year on the course and also take advantage of being in the classroom, he plans on double-majoring in business administration and communications.

Wes Coble, the men's golf coach at BC, says that Blake is one of those golfers who is always working to improve his game. He knows how hard it is to be recruited and thinks another year is a huge break for Keesey.

“The possibility to carry onto the next level is very limited, especially in our sport in golf because there really aren’t that many scholarships out there in the golf world," Coble said. "So [Keesey] he’s pretty ecstatic to be able to come back and re-live his sophomore season."

The CCCAA says this will affect nearly 9500 student-athletes who competed this Spring.