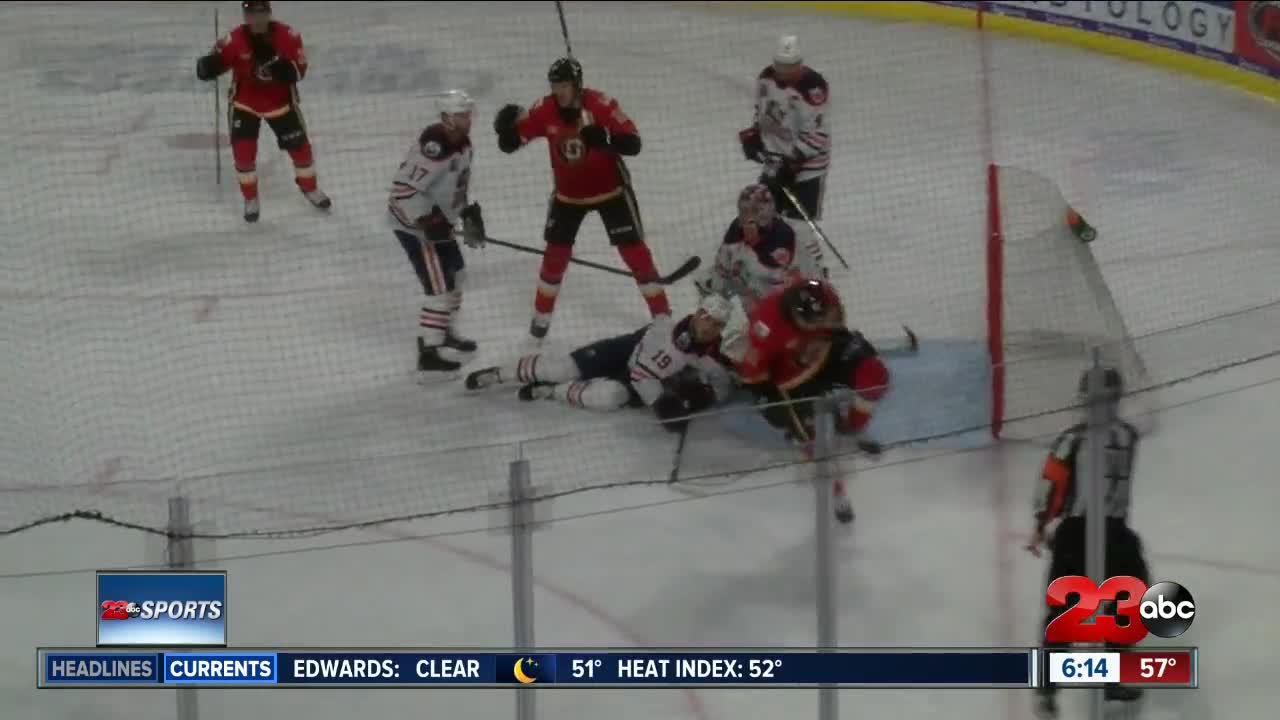 BAKERSFIELD, Calif. — The Bakersfield Condors began a six game stretch in 10 days on Thursday at home against the Stockton Heat.

Bakersfield (7-7-2) came into the game in 5th place in the AHL Pacific Division while the Heat (10-3-1-2) were sitting in second. The Condors jumped off to an early 2-0 lead but after a Josh Currie fight they booted him off the ice for more than 15 minutes, the Condors allowed three straight goals.

The @Condors grabbed a point but not the win today against the @AHLHeat. Now on the road to Iowa, Bakersfield will have to focus on the positives.#Condors #Edmonton pic.twitter.com/Yj4gSwNPIi

Down one and 14 minutes into the third period, Ryan McLeod connected on his second goal of the season to send the game to overtime. The Condors luck ran out just over a minute into the free period and Stockton won 4-3.

The team now hits the road to take on the Iowa Wild in a two-game weekend series before returning home on Thanksgiving eve.